THE CRISIS OF GOVERNANCE IN WEST AFRICA 41 mins ago

Just In: Bandits Kill Five In Niger Community 31 mins ago 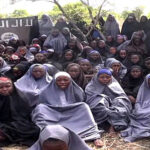 The Christian Association of Nigeria (CAN) last Wednesday stormed the Presidential Villa, Abuja, and vehemently protested the elimination of Christian Religious Knowledge (CRK) in the new education curriculum being introduced in secondary schools.

Leading a delegation to the acting President, Prof. Yemi Osinbajo, CAN Chairman, Dr. Samson Ayokunle, said whereas CRK, according to the new curriculum, would no longer exist as a subject in schools but rather as themes in civic education, Islamic/Arabic Studies/French subjects on the other hand, have been introduced in the new curriculum.

He said with the new arrangement, a pupil would have to study either of Islamic Arabic Studies or French, pointing out that the end result is that a Christian student will be left with no option than to settle for Islamic Arabic Studies since French teachers are more or less non-existent in secondary schools.

Ayokunle who observed that the Ministry of Education had earlier come up with the curriculum but was dropped following an objection to it from CAN, said it was surprising that the curriculum had resurfaced again in a way that will deprive pupils of moral trainings which CRK offers.
Demanding a return to the old curriculum, CAN which described moves to force Islamic studies down the throats of non-adherents of the religion, described the action as injustice and one agenda deliberately crafted towards Islamisation.

â€œWe are here to point your attention to a time-bomb, obnoxious, divisive and ungodly secondary school curriculum that the Federal Ministry of Education is introducing into our schools and of which we had earlier complained to the presidency. Then, if I am not mistaking, it was suspended but has again been re-introduced without any review at all.

â€œThis curriculum is the brain-child of Nigerian Educational Research Council, an agency of the Federal Ministry of Education. To us in CAN, its introduction is an ill-wind that blows nobody any good for so many reasons. A state has started implementing it already and Christians that are more on the receiving side of it are already crying fowl because of its potential dangers now.â€
CAN also rejected the persistent destruction and dehumanisation of Nigerians by herdsmen with seeming indifference from the federal government in various parts of the country and regretted the failure of security agents to arrest any of the herdsmen since the tragic acts began.

While challenging the government to rise from its seeming complacency towards the pains and anguish being inflicted on Nigerians by killer herdsmen, CAN which commended the recent arrest of some kidnappers by the police, also tasked the security operatives to halt rampaging activities of kidnappers on Lokoja-Okene Road, Lokoja-Kabba Road and Abuja-Kaduna Road.

It also condemned the ultimatum issued to the Igbo in the North to vacate the region, describing it as divisive, misguided, ethnocentric and unconstitutional.

The group also expressed grave concern over the spate of unemployment among the youths and urged the government to pay more attention to the situation by creating an investment friendly environment that could offer jobs to millions of jobless Nigerian youths.