In the interest of consumers in the health sector, the Nigeria Academy of Pharmacy in partnership with Pharmaceutical Society of Nigeria has mobilised health professionals to brainstorm on the imperatives of inter-professional collaboration in fostering good healthcare. Raheem Akingbolu was at the event

It was apparent right from the beginning that this was not going to be your usual health event. The way and manner health professionals moved around the auditorium, laughing loudly while exchanging pleasantries tended to suggest that this meeting was not the typical meeting that would examine, say the cost of medicines and proffer ways of enhancing affordability, or the state of a certain disease outbreak. Todayâ€™s meeting was about something else altogether. The symposium had been convened to enable healthcare professionals beam the searchlight on the subject of collaboration and comradeship among the various healthcare professionals and the essence of such collaborative professionalism on Nigeriaâ€™s healthcare industry. Little wonder, therefore, that everyone â€“ nurse, physician, medical laboratory professional, pharmacist, physiotherapist and all, was upbeat and friendly.

Nigeriaâ€™s healthcare industry has battled with numerous problems that range from inadequate budgetary allocation to mismanagement of public healthcare institutions. These problems now reflect in very poor scores by Nigeria in the various human development indices including infant mortality, maternal mortality and overall life expectancy. However, rather than come together as one body to tackle these problems, the healthcare industry has over the years, had to contend with its own internal strife as each of the sundry professional groups battle each other in what Prof. Eyitayo Lambo, former minister of Health calls â€œbeauty contests.â€ In these â€œbeauty contests,â€ it is not the wellbeing of the patient or the sick that is the issue; rather what is being displayed is â€œmy profession is better than yours.â€

According to him, the symposium was an attempt by the Nigeria Academy of Pharmacy in partnership with the Pharmaceutical Society of Nigeria to mobilise colleague health practitioners in the search for a new paradigm in the relations between professionals in Nigeriaâ€™s healthcare sector.

Maduka also canvassed that healthcare providers be provided with better or more work incentives, adding that it would make them prouder of their work. Secondly, he canvassed that every error by healthcare professionals must be visited with investigation and sanctions, adding that when healthcare professionals realise that incidents would be investigated and errors, sanctioned, this would naturally incline them towards more collaboration to help ensure that such errors are either minimised or totally eliminated.

Vice Chancellor of the University of Lagos, Professor Rahmon Bello, also expressed his delight with the subject area that had been chosen for the Symposium, adding that as a knowledge-based institution, the University would continue to provide support to specialised academies like the Nigeria Academy of Pharmacy and others.

Decline in the sector

Speaking at the occasion, the President of the Nigeria Academy of Pharmacy, Prince Julius Adelusi-Adeluyi, lamented that whereas some of the brightest minds in Nigeria are in the health sector, the sector has suffered steadied decline over the years on account of unhealthy rivalry among the various professionals. The government, he said had over time, set up committee after committee to resolve the internal wrangling, but that these efforts had yet to yield the desired result. This was why, he added that professionals are themselves picking up the gauntlet and challenging themselves to rid the healthcare industry of this divisive and unnecessary rivalry.

Adelusi-Adeluyi exhorted healthcare professionals to â€œstop over-celebrating our differencesâ€ and instead â€œimbibe the spirit of teamwork.â€

The president of the Pharmaceutical Society of Nigeria towed the same line and canvassed a disposition of the healthcare professional that would be defined by mutual respect, trust and transparency all of which are hallmarks of teamwork and collaboration.

A former health minister, Prof. Eyitayo Lambo who delivered the keynote presentation could hardly hide his excitement at the choice of the theme. According to him, the theme of collaboration was a sermon he preached all through his tenure as health minister. â€œI always the health professionals that the beauty contests among you were unnecessary. At the end of the day, it is the patient who suffers.â€

Lambo was excited at the prospect of the symposium to help redress the perception among health professionals towards the subject of collaboration but was also quick to warn that this is something that would need to be worked at and which would evolve over time and would certainly not come to pass overnight. Better collaboration, however, he stated, would positively impact the patient, the health professional as well the overall health system.

Nigeria, said Lambo, was ranked 187 among 191 countries by WHO in 2000. The health system he lamented has had to face sundry challenges over the years. For instance, the constitution makes very scant provision for health while there is hardly any legislation that defines the roles and responsibilities of the three tiers of government. In addition, constant changes in the leadership of the Federal Ministry of Health have led to regular policy reversals.

Across the world, said Lambo, the increasing prevalence of chronic diseases has forced health professionals to increasingly seek a more interprofessional approach at managing these illnesses. In addition, with growing segments of aging populations, patients and families are increasingly involved in the management of their health conditions.

For interprofessional collaboration to be effective in the healthcare sector, said Lambo, there would need to be a willingness by all of the parties to collaborate. In addition, all the parties would need to communicate among themselves in clear, open and timely fashion. Very importantly, mutual trust, respect and credibility would be desirable of all the parties, while role clarity is also very critical.

This is the time, said Lambo, to break down silos, build new teams and heal our broken and fragmented healthcare system. The industry would need the broad participation of multiple stakeholders â€“ the government, the academic institutions, the regulatory bodies, professional societies and researchers â€“ in driving collaboration among healthcare professionals.

Lambo who repeatedly expressed excitement at the new disposition towards interprofessional collaboration, also expressed a wish to be part of the collaboration-building drive, going forward.

The Nigeria Medical Association which was represented by Dr. Umar Sanda, expressed satisfaction not only with the theme of the symposium but also its intent. Indeed, said the chairman, a health summit with a similar objective was organised by the NMA only recently. Going forward, he added, the NMA would adopt a cross-sectoral approach and involve other health professions in organising its health summits which are themed around interprofessional collaboration.

A former Vice Chancellor of the Ambrose Alli University, Ekpoma in Edo State, Professor Dennis Agbonlahor, a renowned medical laboratory scientist was also one of the speakers. He extolled the value of collaboration in healthcare, adding that the practise of healthcare continues to evolve daily and exhorting practitioners to live up to the reality of this fact. Indeed, he illustrated the value of collaboration with a recent health incident in Benin-City where health professionals had become baffled with the seeming lack of response of a disease condition to a drug, Imipenem despite the disease being shown to be susceptible to the drug in the laboratory. He added that it was only after a consultant pharmacist informed the team that Imipenem would only be effective when combined with another drug, Cilastin, that the jinx was broken. This is the beauty of collaboration, he reiterated.

Assistant Director of Nursing Services at the Lagos University Teaching Hospital in Ikeja, Mrs. Jokotola Shode, spoke in a similar light, namely for the healthcare system to impact the lives of the patients in the best possible fashion, then collaboration among the practitioners is critical.

The cross-sectoral symposium rose after crafting, considering and jointly adopting a communiquÃ© which detailed further steps that the wider group would take in further driving the case for enhanced collaboration among healthcare professionals. The professionals rededicated themselves to professional practice that is founded on trust, mutual respect and most importantly, the overall needs of the patient. They also resolved that teamwork and collaboration would be introduced into the curricula of healthcare professionals to help nurture the culture of teamwork.

It is hoped that health professionals will follow up on the lofty ideas and presentations of the symposium and replace the bitterness and rivalry of the past with a new determination to build bridges and cooperate among themselves. 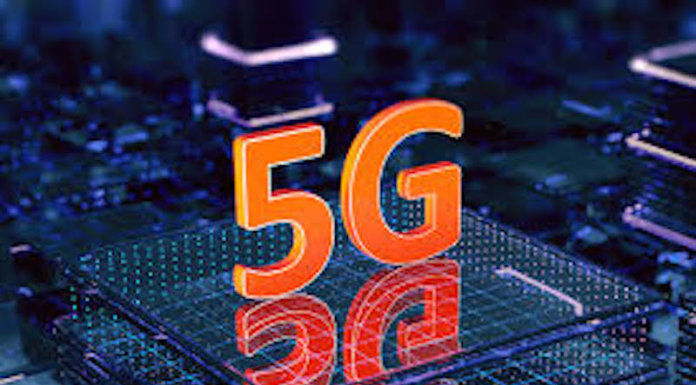