Former Vice President Atiku Abubakar was the first to declare his intention to take a shot at the presidency in 2019. The decision of a former governor of Jigawa State, Sule Lamido to join the race will turn the north into a battleground, writes Shola Oyeyipo

Eventually, former governor of Jigawa State, Alhaji Sule Lamido declared his much touted ambition to contest the 2019 presidential election on the platform of the Peoples Democratic Party (PDP). That he would eventually join the race has been speculated and when it eventually came not many were surprised.

â€ŽThe former governor, who is believed to have been a subject of political persecution for his perceived ambition formerly declared his much anticipated presidential interest about four weeks ago at a gathering of zonal chairmen and state chairmen of the party in Abuja.

Though, it was not an elaborate media gathering but the point had been made. The way it was done was understandable because of the state of things in the opposition party. Sources present at the event hinted that while addressing theâ€Ž gathering Lamido told the people that after pressure from people across the country and his conviction that he was capable of moving the country forward, he opted to make himself available for the job. One of those who attended the meeting spoke with THISDAY POLITICS in confidence.

According to him, Lamido advised the PDP leadership to ensure that only the best candidate â€Žis elected to fly the flag of the party during the 2019 general election.

“While he is highly hopeful that the current leadership crisis in the party can be resolves, he called on party members, particularly the leadership to resolve the issues”, the source hinted.

â€ŽSome of the state chairmen of the party present at the declaration included Lagos, Bayelsa, Edo, Pleatue, Gombe, Jigawa and the â€Žzonal chairman of North-west, North-east, North-central, South-west and South-south. Therefore, elaborate or not, official or unofficial; unlike before when he never said it, what is important is that Lamido had made his intention abundantly clear. It is therefore not out of place to begin to evaluate the implications.

Ordinarily, in 2019, the expectation is that President Muhammadu Buhari should have a second term. In such a case, the presidency of the All Progressives Congress remains in the north. Already, the PDP too had already signified that its presidency would also go to the north. That will imply two things. First, most of the parties will present candidates from the north. Second is, the north is going to be divided along party lines and that can trigger a political upset that may in turn demystify the numerical strength of the north.

The reason for the above permutation is simple. Lamido is a very detribalised person with many friends across the Niger and Benue rivers. Former president, Chief Olusegun Obasanjo initially named him and former Rivers State governor and Minister for Transportation, Rotimi Amaechi as replacement ticket for former president, Dr. Goodluck Jonathan on the PDP platform in the last presidential election. He knows his worth politically. Just like President Buhari, Lamido, is from a royal Fulani family. He also has fanatical supporters in the north.

To his credit, he vehemently opposed the military rule of late General Sani Abacha. Abacha eventually threw him into prison without trial for speaking very strongly against his government. He joined other notables such as former vice president, Alex Ekwueme, Jerry Gana, Solomon Lar, Adamu Ciroma, Aminu Wali and others to form the PDP. Lamido is very brave and outspoken. He was one of the rare voices that persistently cautioned former president, Dr. Goodluck Jonathan against taking some political moves. It was then that he told Jonathan that getting the PDP ticket would not guarantee his second term.

â€œI would say he should be walking with his eyes wide open because those around him in 1999 were somewhere else. Were they with him? Our people will say if you see a horse fully dressed walking alone in the forest, it must have thrown the owner off. Donâ€™t ride it because it threw somebody away. I have been wondering; they abused the PDP that we are murderers, party of riggers, a party of whatever â€“ it is evil. Fine! Why do they want murderer governors in their midst? Why do they want us to be there? Number two, this so called APC is again what you call political fraud because you may change the nomenclature â€“ change it ten times over, did the people come from heaven? They are the same old people. You see, to me, I laugh at it more because the entire contraption is a creation of pain and anger. It is not about Nigeria. They are people who failed to make it in their political parties who think by coming together they can make it. If you input one PDP governor in APC, they will collapse. It will collapse.”

A former Minister of Foreign Affairs, Lamido has taken several swipes at Buhari. Recently, in April, while speaking with the BBC Hausa Service, in reaction to the discovery of huge amount of money in an apartment in Ikoyi, he said that Buhari did not pass as a saint because he was â€œequally corrupt when he served under the late Head of State, General Sani Abacha.â€

According to him, â€œHe (Buhari) worked under Abacha; in fact, he was the closest to the late military ruler and when it comes to corruption, everybody knows where Abachaâ€™s government stands.” Lamido said further that â€œBuhari is just making noise. Thereâ€™s no iota of truth in the so-called commitment to the improvement of security and halting graft in the country.

â€œItâ€™s unthinkable to say that the EFCC had discovered huge monies (nearly N15 billion) in a building (Osborne Towers) in Lagos but could not track the real owner; who leaked the story? Who did the source say is the owner of the money?” he queried.

Though his party, the PDP, has remained in a leadership tussle that has almost decapitated it but Lamido has begun to match his word with action. He is already making moves to actualise his ambition by meeting with critical stakeholders in the party.

He was recently in Ibadan, the Oyo State capital in company of his Secretary to the State Government (SSG), Dr Aminu Abdullahi Taura; Director of Press, Umar Kyari and his personal assistant, Umar Danjani and others. He held a meeting with his supporters drawn from the six South-west states. The South-west coordinator of the PDP Consultative Forum, Rasaq Aka and the Oyo State coordinator, Adeolu Adekunle, were present. They both urged PDP members to forge a common front if they truly wish to return to power.

The position taken as contained in a communiquÃ© issued at the end of the meeting was that Lamido performed creditably well as Jigawa State governor and that at a time like this Nigerians needed a true and unbiased democrat like Lamido at the helms of affairs in the country. He was encouraged to vie for the party’s presidential ticket. The PDP consultative forum members are also solidly behind him.

For whatever it is worth, Lamidoâ€™s decision to join the presidential race is poised to introduce new dynamics to the 2019 presidential election. Considering his antecedent, he will be a formidable force, if peradventure he wins the PDP ticket.

For whatever it is worth, Lamidoâ€™s decision to join the presidential race is poised to introduce new dynamics to the 2019 presidential election. Considering his antecedent, he will be a formidable force, if peradventure he wins the PDP ticket. 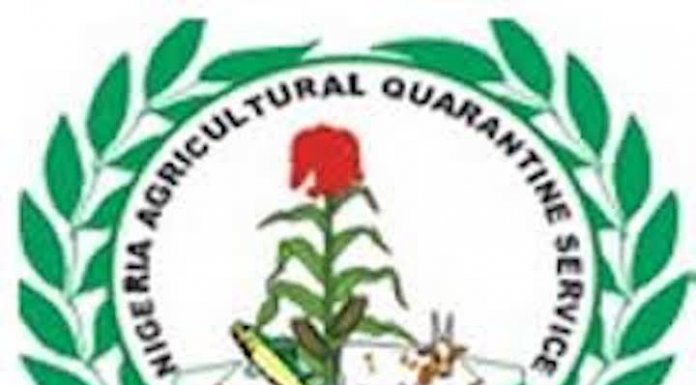