The management of Chemstar Paints Industry Nigeria Limited, manufacturers of Finecoat and Shield Paints said it has procured safety kits including safety boots, work wears, eyes goggles, helmets and nose masks, among others safety materials, valued at N5 million for its workers.

This, according to the management, is part of moves to protect and ensure the safety of the members of staff, especially the factory workers, who deal with chemicals which are major raw materials in the paint industry.
The Deputy Managing Director, Mr. Adedayo Paseda disclosed this while declaring open the fourth edition of the companyâ€™s Annual Safety and Health Week, which is part of activities marking the 22nd anniversary of the establishment of the leading paints industry in the country.

The theme of this yearâ€™s four-day Safety Week is: â€˜Imbibing Safety Consciousness in Our Daily Activitiesâ€™, which featured health talk and free medical check, enlightenment and sensitisation campaign on health and safety, as well as lecture on fire and drilling by officers of the Lagos Fire Services.

Paseda, who declared that the company could not compromise the safety and health of its workers for any reason, however pleaded with the workers especially those in the factory to always put on their safety wears and observe the companyâ€™s hygiene rules to ensure their safety and good health. The Deputy Managing Director, who frowned at a situation in which factory workers failed to wear the appropriate dress or refused to wear their safety kits while on duty, however, warned that such workers violating the safety and health policy or rule laid down by the company would be sanctioned appropriately.

He said henceforth necessary punitive measures would be enforced by the management, saying in the next few days the materials and kits would be distributed to the workers, as it is done regularly to protect from any health hazard. â€œBy June this year, the management is going to spend the sum of N5 million for the purchase of safety and health kits for the use of the workers. We are going to buy safety boots, work wears, eyes goggles, helmets and nose masks, among others, which will be distribute to them. We are quite concerned about our workersâ€™ safety and health because we want them to remain safe and live healthy life during and after their duties.â€

â€œWe also want the workers to justify the investment on them by putting these materials into proper uses. A situation where a worker refused or failed to wear safety boots or any other safety wears while in the factory would no longer be condoned or tolerated. The company would enforce strict compliance with the safety and health rules and anyone violating the rules would be appropriately sanctioned, Paseda saidâ€

According to the Assistant General Manager (AGM) Operations and Chairman of the Health and Safety Environment Committee, organisers of the four-day events, Mr. Cyprian Ukpai, said the theme of this year’s edition of the week, was selected in view of the company’s concern for the health and safety of the workers.

“It is important for us to be aware of the risk we face on daily basis and to take bold steps to manage such risks so as to prevent and protect our personal health concern such as airborne diseases, malaria as well as water induced sickness. It is also important to be safety conscious at all times during the course of our duties,” he stressed.
In her lecture on environment safety, an environmentalist/industrial safety and health practitioner, Mrs. Toyin Osaigbovo spoke on the collective roles of workers and management in ensuring good health and prevention of accidents in work place.

Osaigbovo, who is the Environmental Consultant to the firm, pleaded with the workers to desist from misuse and sales of safety and health materials provided them by the management, saying they only endanger their safety and health by doing so.

The Senior Fire Officer of the Lagos State Fire Service, Mr. Semiu Adeshina, who led his team, in his lecture before the drilling exercise, enjoined the workers to always be conscious of what could bring about fire in their working place and homes.

While stressing that the company needs the employeesâ€™ safety to meet its operations, lauded the management for installing various fire prevention and fighting equipment and devices in the company to forestall fire incident.
Also, he advised the management to train and retrain the workers on fire fighting and safety, even as he commended it for instituting the safety week to arouse the consciousness of the workers and equip their skills in safety and health needs. 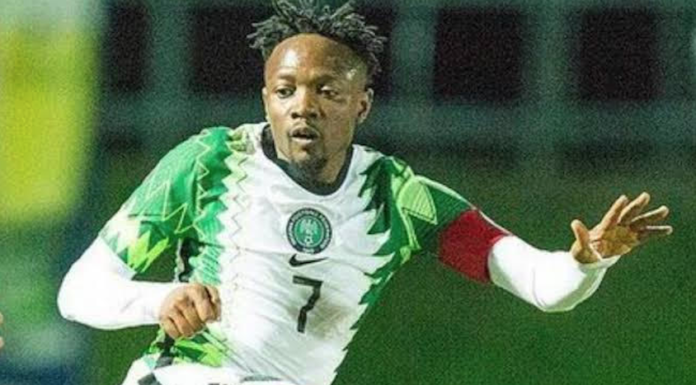