Harping on the danger in the air as a result of economic failure and lack of planning, former President Olusegun Obasanjo last week sounded a note of warning. He said his greatest fear for Nigeria and indeed, the African continent, was â€œyouth explosion as a result of anger, frustration, unemployment and lack of opportunities.â€

As dire as that prediction sounded, Obasanjo was only emphasising the worries that have preoccupied many critical stakeholders for quite a while. A combination of sustained negative economic growth and an uncontrolled demographic bulge has put the country in a very difficult and potentially explosive situation. Nigeria, the seventh most populous country in the world, has a fertility rate that far outstrips its economic growth.

Figures available paint a dire situation of millions of Nigerian youths roaming the streets looking for work but finding none. The situation is compounded by the economic recession that has necessitated a situation in which rather than hire, many private enterprises now fire their staff in the name of rationalisation. Joblessness and frustrations are evidently fuelling the sense of youthful volatility and indeed the frequent cases of unrest across the country.

The Nigerian Bureau of Statistics (NBS) in its latest report confirmed a consistent pattern of worsening unemployment in the country, rising from 9.9 per cent in 2015 to 19.70 per cent in the last quarter of 2016. That one fifth of the nationâ€™s labour force is idle is bad enough. But worse and extremely dangerous is the fact that more than 50 per cent of that army of idle citizens is peopled by those between the ages of 15 and 35.

When broken down, the NBS figures revealed quite clearly that out of a total youth labour force of 38.2 million, representing 48.7 per cent of the total labour force of 78.48 million in Nigeria, no fewer than 15.2 million of them were either unemployed or underemployed in the first quarter of 2016. In practical terms, this represents a youth unemployment rate of 42.24 per cent.

The danger of such a high level of idleness among millions of young persons is already manifesting in the high level of crimes in virtually every corner of the country. Whereas the multitude of violent outbursts might have religious and ethnic colorations and undertones, it is a notorious fact that most of the people in the field and trenches are youths who, if otherwise meaningfully engaged, would have been unavailable for those anti-social endeavours.

Unfortunately, the response from the federal government to these challenges remains incoherent. Even with all the rhetoric about diversification of the economy from oil to agriculture, the tilt is still towards heavy government participation. Besides, incentives for private sector and youth participation are scanty just as a credit regime to drive the sector does not exist. There is also no backup national communication campaign to make agriculture sexy for the digital generation who tends to see farming as synonymous with an ageing, colourless rural population. Yet there is no better time than now to make the much-touted transition from oil to agriculture as the growth catalyst for the Nigerian economy. Itâ€™s not as if we are left with much choice anyway.

Of more fundamental imperative, however, is that we must urgently realign the nationâ€™s educational curriculum with the needs of the economy. Even though there are many well educated young men out there in the street, it has been said with some measure of justification that majority of the school leavers are actually unemployable with regard to their training and skills. It has therefore become necessary that our educational training curriculum at all levels incorporate skills acquisition and entrepreneurial development so that graduates leave school with the capacity to create wealth rather than seeking jobs that are not there. 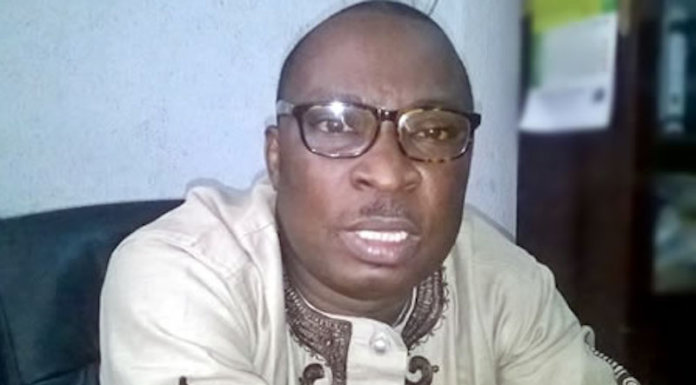