The Court of Appeal in Benin-City has reserved judgement in the appeal brought before it by the candidate of the Peoples Democratic Party (PDP), Pastor Osagie Ize-Iyamu, in the Edo State election following their dissatisfaction over the pronouncement of Independent National Electoral Commission (INEC) in favour of the state Governor, Godwin Obaseki, as winner of the September 28, 2016, governorship election.

Besides, the panel headed by Justice M.B. Dongban-Mensem, which includes Justices S. Tom Yakub, M.O. Bolaji-Yusuf, U.A. Ogakwu and Mohammed Mustapha as members, has unanimously dismissed a motion on notice brought by Ize-Iyamu pursuant to Order 6 Rule 1, Court of Appeal Rules, 2016, and Section 36(1) of the Constitution for the correction/amendment of the trial courtâ€™s record of his evidence-in-chief.

Ize-Iyamu and the PDP had through their lawyer, Yusuf Ali (SAN), filed an appeal against the judgment of the tribunal presided over by Justice Ahmed Badamasi, which gave judgment in favour of INECâ€™s pronouncement of Obaseki of the All Progressives Congress (APC) on April 15 this year.
They prayed for a leave of court to rely and use the evidence of the first appellant as recorded by Justice Gilbert Ngele (1st member ) of the trial tribunal in place of that recorded by the tribunal Chairman, Justice Ahmed Badamasi.

The appellant also sought an order deeming the record of his evidence by Justice Ngele, made on January 30, as the correct record of his evidence-in-chief at the lower court. Raising five grounds for the application, including that the Tribunalâ€™s record compiled and transmitted to the appellate court contained an incorrect rendition of Ize-Iyamuâ€™s evidence by Justice Badamasi, the appellant prayed for a leave of court to correct the said record of appeal and use the supplementary record of appeal they transmitted to the court.

Olanipekun said the motion was academic and lacked substance, adding that what the appellants wanted the court to allow was not comprehensible. 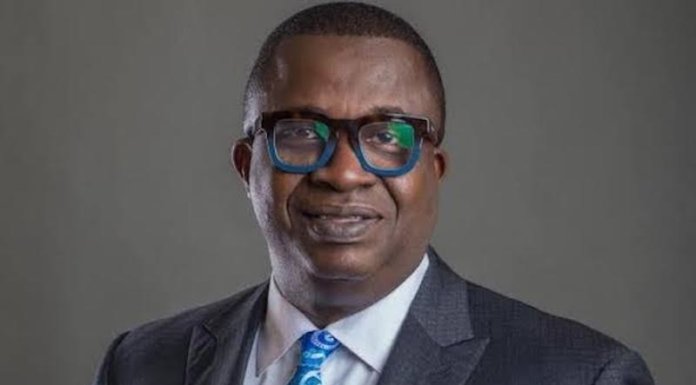