As Nigeria joined the rest of the world to mark this yearâ€™s World Hypertension Day, stakeholders say lifestyle modification is key to reducing the increasingly prevalent health condition in the country. Martins Ifijeh writes

Hypertension is a prevalent and serious health condition that has sent many lives to their early graves. Unfortunately, only few Nigerians guide their lives against the consequence of the abnormal blood pressure.

Reason? It is often believed health issues that does not present signs and symptoms are not life threatening. But hypertension is an exemption. It does not present symptoms, yet millions of Nigerians have lost their lives to it because they are either unaware they are hypertensive or they simply underestimated its consequences since they feel â€˜healthyâ€™ and their physiology looks good.

Mr. Olawale Gbenga is one man whose family learnt the stings of hypertension the hard way. His mother, a 63-year-old retired teacher in Ibadan was full of life during the preparation one of her daughterâ€™s wedding, and had talked about how she will dress gorgeously and dance on that day. But she was wrong, her blood pressure was not in sync with her decision.

â€œShe had involved herself fully in the preparations for the traditional ceremony for Friday and the church wedding Saturday. But by Wednesday of that week, mummy woke up full of life, but by afternoon, I was called that she had slumped and was gasping for breathe. That was how I left my place of work and rushed home, only to see her breathing was very faint.

â€œWe immediately rushed her to the hospital where it was confirmed her blood pressure was far beyond normal. She had 182/125mmHg. While doctors were doing their best to stabilise her, and possibly bring the blood pressure to a reduced level, mummy was fast losing it, until she was eventually confirmed gone,â€ Olawale said.

Late Mrs. Gbenga had never had blood pressure check, because, according to the son, she never presented any situation that would warrant blood pressure check. â€œMummy hardly fall sick, save for the usual headache when she is over stressed. For almost three to four years now we did not have cause to take her to the hospital for any treatment, not even for typhoid,â€ he added.

But the doctor who attended to her says it is most likely Mrs. Gbenga has been living with hypertension for a long while, but because there was no culture of regular blood pressure check up, she or her loved ones were ignorant that she had high blood pressure, which would have been managed through drugs and lifestyle medications before the unfortunate happened.

Olawale, who learnt the hard way says now he not only checks his aged fatherâ€™s blood pressure regularly, but every member of their family are now aware of the need to check theirs on a regular basis.

Mrs. Gbenga is not the only one that has unfortunately lost her life to the silent killer, hundreds of thousands of Nigerians succumb yearly to the whip of the masked disease due to lack of awareness or underestimation of its effects. A recent study has shown that over 100 million Nigerians are at risk of high blood pressure.

It is in addressing this concern and preventing the millions of Nigerians like Mrs. Gbenga from dying, that experts are raising alarm over the continuous high prevalence rate of the disease in the country. They are especially calling on Nigerians to be wary of lifestyle that predisposes one to hypertension, while also calling on them to cultivate the habit of continuously checking their blood pressure.

According to a Professor of Cardiology, Lagos University Teaching Hospital and the National President, Nigeria Cardiology Society, Prof. Amam Mbakwem, the prevalence rate of hypertension in Nigeria is between 30 to 45 per cent, adding that it is now a public health challenge that must be tackled by all stakeholders, including the citizens who must make conscious efforts to prevent it.

Mbakwem, who spoke during Nestle Nigeriaâ€™s commemoration of the 2017 World Hypertension Day in Lagos, tagged: â€˜Know Your Numbersâ€™, she said, â€œhypertension is the most powerful risk factor for cardiovascular disease, hence the need to tackle it head on. 17 years ago, a quarter of the world adult had hypertension, but by year 2025, it would increase to 60 per cent. As we speak, one out of two adults is hypertensive,â€ she said.

She said lifestyle modification was key to tackling the disease, adding that what people eat and how they live their daily lives matter to the level of pressure. â€œWe need to watch what we are eating. Quantity of salt in foods matter. We should all make conscious efforts to reduce those risk factors like high intake of salts, can foods, among others. Our fore fathers lived healthy because of the natural foods they were eating. Then, there was no high prevalence of hypertension, so I will say there is wisdom in being a bush man. We should patronise vegetables and fruits, as they are very helpful for the heart,â€ she added.

The Chairman, Nutrition Society of Nigeria, Lagos State chapter, Dr. Tosin Ade, says although high blood pressure has a genetic predisposition, it is principally a lifestyle disorder, adding that, with changes in lifestyle, the prevalence will reduce.

â€œThe statistics are frightening and the incidence cuts across racial and socio-economic barriers. Lifestyle modification is therefore key to both prevention and treatment,â€ Ade said.

The chairman said sedentary lifestyle, mimicking eating lifestyle of westerners, and smoking were some of the major factors fueling hypertension prevalence in the country.
Meanwhile, the Minister of Health, Prof. Isaac Adewole, who also spoke at the Nestle Nigeria commemoration of WHD also harped on the need for Nigerians to watch the type of foods they eat, as well as maintain a certain level of physical activities.

Adewole, who was represented by the Chief Medical Director, Lagos University Teaching Hospital, Prof. Chris Bode, said there was no justifiable reason for any public or private hospital in Nigeria to charge patients who want to check their blood pressure. â€œEvery hospital should not only encourage Nigerians to check their blood pressure, they should do it free of charge.

â€œNigerians should check their blood pressure regularly, as that is the only way to know whether they are hypertensive or not, because it does not show signs. Once people are aware of their status, it would help them make informed choices on how to reduce the high blood pressure,â€ Bode said.

On his part, the Commissioner for Health, Ogun State, Dr. Babatunde Ipaye, who was represented by the Executive Secretary, Ogun State Action Committee on AIDs, Dr. Kehinde Fatungashe said awareness about hypertension should continue to be a front burner, as most Nigerians were still ignorant of the disease and its consequence. â€œOnly awareness can reduce the increasing prevalence we are currently experiencing in the country,â€ he said.

â€œHypertension is a disease of choice. It wonders us why a disease of choice is affecting one in three persons. If Nigerians decide to improve their lifestyle health-wise, there would be no need having high prevalence of the scourge.

â€œIn the past one month, I have lost three colleagues to complications of hypertension. It is not our custom to be taking drugs everyday, so its very important to have a healthy lifestyle, which has been proven to prevent the problem in the first case,â€ he added.

The Managing Director, Chief Executive Officer, Nestle Nigeria, Mauricio Alarcon said the WHD was another opportunity to educate Nigerians by providing critical information needed for its prevention and management.

â€œThis is in line with our companyâ€™s purpose, which is enhancing the quality of life and contributing to a healthier future we live in. We live in times of immense challenge, unprecedented change and extraordinary possibilities leading to a change in lifestyle and the increased public concern in the light of the need to create more awareness on the importance of health and nutrition,â€ he added. 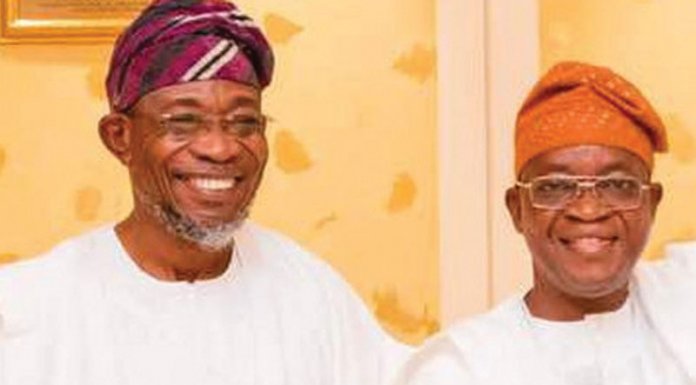