The Chief of Army Staff (COAS), Lt. Gen. Tukur Buratai, has issued a stern warning to all officers and soldiers in the Nigerian Army to steer clear of politics, disclosing that some politicians have been making frantic efforts to infiltrate his officers for various political â€œactions and gainsâ€.

Burataiâ€™s warning may not be unconnected to the air of uncertainty in the country arising from President Muhammadu Buhariâ€™s illness, necessitating his return to the United Kingdom penultimate week to get medical treatment for an undisclosed ailment.

Although he fell short of elaborating on what the political â€œactions and gainsâ€ were, the COASâ€™ warning came on the heels of a report of an attempt by some politicians to infiltrate the military, particularly the Nigerian Army.

His concern may have also informed the reshuffling of top military officers in the Nigerian Army last week.
A statement issued by the Director of Army Public Relations, Brig. Gen. Sani Usman, said the army headquarters and the COAS had received information about such â€œsinister plansâ€ by some politicians to derail the professional calling of some army officers.

Usman said in the statement: â€œThis is to inform the public that the Chief of Army Staff, Nigerian Army and Lieutenant-General TY Buratai have received information that some individuals have been approaching some officers and soldiers for undisclosed political reasons.

â€œOn the basis of that, he has warned such persons to desist from these acts.
â€œHe also reminded them that the Nigerian Army is a thorough professional, disciplined, loyal and apolitical institution that has clear constitutional roles and responsibilities.
â€œHe seriously warned and advised all officers and soldiers interested in politics to resign their commission or apply for voluntary discharge forthwith.â€

According to Usman, any officer or soldier of the Nigerian Army found to be hobnobbing with such elements or engaged in unprofessional conduct such as politicking would have himself or herself to blame.
â€œThe COAS has further reiterated that the Nigerian Army will remain apolitical and respect the Constitution of the Federal Republic of Nigeria,â€ he added.

In 56 years of independence, Nigeria has had a history of military incursions in politics, some of which have been carried out with the connivance of politicians in the country.
The militaryâ€™s incursions have always resulted in the suspension of the constitution and truncation of democratic rule.

Buhariâ€™s illness and absence from the seat of power have raised tension in the country and possibly encouraged unscrupulous politicians to attempt to gain some advantage through the military. 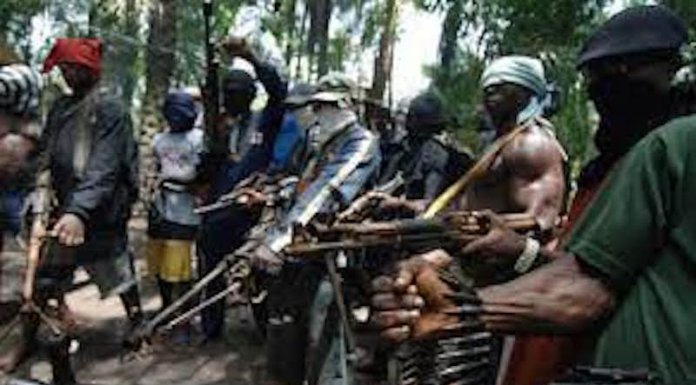