The Accord Party (AP) candidate, Mrs. Shola Daibo, last Wednesday, won the by-election into Warri Cinstituency 1 of the Delta State House of Assembly.

Daibo, who is a younger sister to the Olu of Warri, polled 5,546 votes to beat her nephew, Stanley Emiko of the All Progressives Congress (APC), who garnered 2,010 votes, while the candidate of the Peoples Democratic Party (PDP) got 182 votes.

The winner however assured the people of good representation at the Parliament.

Daibo gave the assurance shortly after she was declared winner of the by-election on Tuesday night in Warri.

â€œI thank you all for believing in me and I promised that I will not disappoint you,â€ she said.

The result of the by-election was declared by Mr. Olatunbosun Odusanya, the Local Government Collation and Returning Officer of the Independent National Electoral Commission (INEC).

According to Odunsanya, Daibo polled 5,546 to defeat her closest rivals, Mr. Stanley Emiko of the APC who scored 2,010 and Mr. Ojere Edeyinbo of the PDP who got 182 votes in the contest.

He said the total vote cast was 8,100 in the by-election across the six wards in the Warri South Constituency (One).

â€œI hereby declare Daibo winner of the election having scored the highest number of votes,â€ he said.

THISDAY monitored the by-election which was conducted amid tight security and observed that voters were financially induced by top politicians who were desperate to deliver their units and wards to the ruling Peoples Democratic Party.

The ruling party sponsored the winner of the by-election on the platform of Accord Party because of the crisis rocking the party at the national level.

The by-election was conducted following the death of Mrs Omawumi Udoh who formerly occupied the position at the state Parliament.

The lawmaker reportedly died on December 13, 2016 of a cancer-related ailment in the United Kingdom (UK) at the age of 56 while in active service. 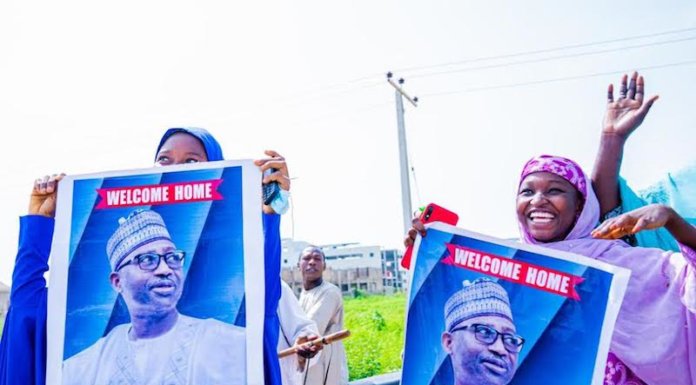