The Civil Society Legislative Advocacy Centre (CISLAC) has urged the Federal Government to apply the various monies recovered from corrupt past office holders for improved social service delivery in specific areas.
The non-governmental organisation, in a release issued by its Executive Director, Auwal Ibrahim Musa (Rafsanjani), described the recent reports of actual figures being recovered from corrupt past office holders as heart-warming.

CISLAC recalled that although the current administration has reported success in the recovery of proceeds of corruption, details on exactly how much and from whom have been sketchy and the availability of the funds for budgetary allocations had been doubtful in spite of them being mentioned in budget speeches.

“We recall the experiences with similar recoveries in the past, such as the Abacha loot, in which the funds were not deployed in manners that the impact was neither felt by citizens nor was it possible to demonstrate that it was actually used for the benefit of Nigerians. This informed the famous phrase of ‘re-looting the loot’ used by many to indicate that the recovered loot were indeed also stolen by the then political establishment.

“Nigerians suffered poverty, deprivation and neglect while these officials carted away the humongous sums of monies that are presently being reported stashed away in scandalous places. CISLAC therefore advocates that, in addition to ensuring that the recovered funds are transparently and accountably managed, they should be ploughed into sectors that deliver direct social services to the teeming masses in a measurable way.”

The organisation recommended that the monies be deployed to address the educational, health and water needs of the people, in a systematic, strategic, and dedicated manner. “The past practice of injecting looted funds through the broad budget cycle has proved to be ineffective. The Executive should liaise with the National Assembly to ensure that special supplementary approval is obtained for the expenditure of recovered monies”, it added.

CISLAC suggested that a Specialised Service Delivery Account domiciled with the Central Bank be established into which all the recovered funds are deposited. “This will be managed by an Ad-Hoc Multi-Stakeholder Management Committee made up of designated technocrats from the focal ministries and volunteers from relevant Professional Bodies, the Media, Civil Society and the Anti-corruption Agencies.

The duty of this Committee is to appraise specific project proposals from the focal ministries to ensure relevance, efficiency, maximum impact and that projects can be completed within specific time-lines. They would also monitor funds disbursement from the account and report back to Nigerians. This will ensure efficiency without creating another agency that would constitute a drain pipe to already scarce resources”, Rafsanjani added.

According to CISLAC, “We believe that this would ensure that the funds are not only applied to real and tangible people-oriented projects, but that the spending can be tracked and the impact on the lives of the people measured.
The organisation commended the efforts of the anti-corruption agencies in bringing about these results, applauded the members of the judiciary whose rulings contribute to these recoveries, and also commended the role of citizens in blowing the whistle even in the absence of a Whistle Blowers Act to protect citizens.

“Thus, we call on the National Assembly to quickly pass the Whistle Blowers Act to enhance the fight against corruption. We call on all stakeholders not to relent in the fight against corruption by ensuring that through the rule of law, looted funds are recovered and brought back into the national treasury and deployed to offset the social and welfare deficit of Nigerians”, it added.

There, international experts who shared their expertise on relevant issues such as beneficial ownership registers, extractives, open data, open contracting and procurement, tax and illicit financial flows deliberated on why all hands must be on deck.
The workshop held within the framework of a Transparency International project, sought to support the realisation of commitments made by the governments of Ghana, Kenya and Nigeria at the UK Anti-Corruption Summit in May 2016 on establishing public beneficial ownership registers was declared open by the Vice-President of Ghana, Dr. Mahamudu Bawumia.

Having realised the damage of non-compliance of commitments of the countries involved, participants led by the conveners of the workshop, Linda Ofori-Kwafo (Ghana), Rafsanjani (Nigeria) and Kenya’s Elizabeth Munyefu, recommended that entities doing business (including financial institutions, real estate developers and professional bodies commit to an increased transparency and business integrity by unveiling their Beneficial Owners.

It also suggested that African countries strengthen the capacity of their institutions, particularly financial institutions, revenue authorities and other public sector organisations responsible for the different levels of negotiations in the extractive sector and in public procurement to ensure there are clear plans to manage corruption, tax avoidance, tax evasion and other financial abuse risks.

Participants also urged their respective government entities charged with the responsibility of managing the register to keep Beneficial Ownership information current while the African Union Commission must expeditiously develop a road map and action points for the implementation of the key recommendations of the High Level panel on Illicit Financial Flows (IFF) from Africa. 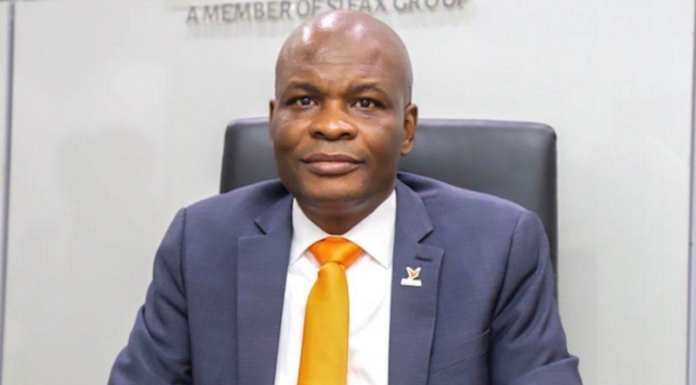