The federal government suffered a major setback in its prosecution of Colonel Nicholas Ashinze and three security consultants in the N1.5billion fraud charge brought against them by the Economic and Financial Crimes Commission (EFCC) on its behalf.

The Federal High Court judge in Abuja, Justice Gabriel Kolawole, rejected the major bank documents sought to be tendered by government to establish its case against the five defendants.

The judge refused to admit the bank statement, account opening mandate and the certificate of clearance sought to be tendered by government on the ground that they were not brought to court by the appropriate person known to law.
Justice Kolawole said an EFCC operative, Mr. Hassan Seidu, who sought to tender the documents that were mainly computer-generated ones was not the appropriate and proper person known to law to tender such documents.
The court held that the prosecution erred in law by refusing to invite the markers of the documents who are officials of Heritage and Enterprise Banks Plc to come to court to tender the documents.

Justice Kolawole said in line with the provisions of the Evidence Act, the EFCC operatives cannot be cross examined in the documents he did not make as anything said by him will amount to hearsay which cannot be given any probate value by the court.

The court held that apart from mere receiving the documents from the two banks, the witness had not establish his knowledge of the document or that he participated in their making.
Justice Kolawole therefore held that EFCC operative was not a competent witness to testify on the document in line of the Provisions of Section 84 of the Evidence Act and therefore rejected and marked the documents as rejected documents as far as the trial of the alleged corruption was concerned.
The EFCC lawyer, Mr. Ofem Uket, however, after the ruling sought an adjournment of the trial to enable him put his house in order.
The request was granted by Justice Kolawole and adjourned the matter till March 7, April 13, as well as May 4 for continuation of trial.

The EFCC had arraigned the quartet of Colonel Nicholas Ashinze, a former Aide in the Office of National Security Adviser; (NSA), an Austrian and Security Consultant Mr. Wolfgang Reinl; a retired military intelligent officer, Sagir Mohammed, and a legal practitioner, Mr. Edidiong Idiong, before Justice Gabriel Kolawole of the Federal High Court, Abuja on a 13-count charge of corruption and money laundering to the tune of N1.5billion.
The defendants however denied the charges preferred against them. The defendants were arraigned alongside five companies accused of allegedly diverting huge sums from the office of the former NSA.
The companies are: Geonel Integrated Services Limited, Unity Continental Nigeria Limited, Helpline Organization, Vibrant Resource Limited and Sologic Integrated Services Limited.
The defendants had been granted bail at the last hearing in November 2016. 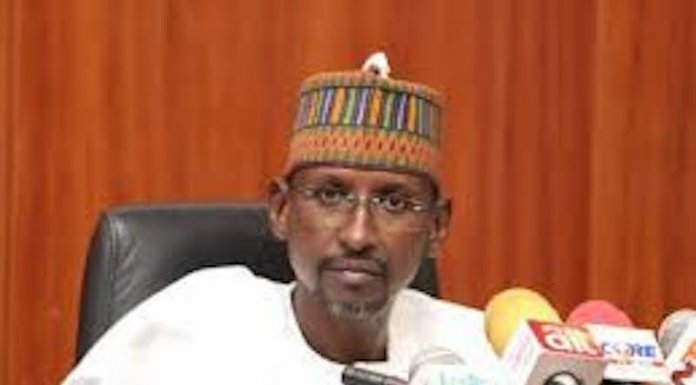