With a 5 per cent interest rate loan scheme, the Lagos State Employment Trust Fund seems poised to answer the call by Micro, Small and Medium Enterprise owners for an immediate rate cut to enable them access finance for business expansion, writes Kunle Aderinokun

The Lagos State Employment Trust Fund (LSETF) scheme, which is a brainchild of Lagos State Governor, Akinwunmi Ambode, was set up to help drive economic growth and the resultant job creation by enhancing the capacity of the Micro, Small, and Medium Enterprises in the state. This is in recognition of their critical role as the engine of growth in any economy anywhere in the world.

The LSETF was thus mandated to provide access to very affordable financing and institutional support to MSMEs in the state, to help create a pipeline of entrepreneurs who would contribute to stronger economic prosperity of Lagos economy. In the light of this, the LSETF is offering entrepreneurs within the Micro-Enterprise space – carpenters, hairdressers, electricians, automobile parts repairers, block makers, bakers, fashion designers, cake makers, food sellers, kerosene retailers, mobile money agents, painters, plumbers, photographers and light manufacturers of liquid soaps and water among others – a loan of up N500,000 at just 5 per cent interest rate to be repaid over 12 months. Similarly, small and medium scale entrepreneurs can get a loan support of up to N5 million at 5 per cent interest rate per annum, to be repaid over 36 months. With the commercial banks offering 25 per cent interest rate on the facilities and the Bank of Industry a 9 per cent interest rate, the LSETF loan is by no means the lowest interest rate offerings in Nigeria today.

According to the LSETF Executive Secretary, Akin Oyebode, “The Fund’s strategic objective is to provide support to at least 100,000 MSMEs; create at least 300,000 direct and up to 600,000 indirect jobs by 2019”. Even more credible is the fact that every registered Lagos resident, irrespective of their ethnicity, religion, gender or any other affiliations is qualified to apply. The scheme which is free to Lagos residents, only requires evidence of registration with Lagos State Resident Registration Agency (LASRRA); registration with Lagos State tax agency; valid identity document; Bank Verification Number (BVN); Guarantors, amongst other relevant documents depending on how much loan is being requested.

To ensure transparency and unbiased process in accessing the fund, Oyebode said the LSETF had engaged partners to help with the selection, verification and disbursement of the loans to beneficiaries. “These partners include Price Waterhouse Coopers (PWC) who verified all the applications and audit the processes.

Others include organizations such as the Fate Foundation, LEAP Africa, Nigerian Association of Small Scale Industrialists (NASSI), Women in Management, Business and Public Service (WIMBIZ), National Automobile Technicians Association (NATA) and Cooperative Societies, who provided applicants for the pilot scheme through their membership,” Oyebode said.

Already, 705 beneficiaries have been able to access up to N1 billion from the Fund. On January 26, 2017, Governor Ambode hosted a cheque presentation ceremony for the first batch of beneficiaries who were selected during the pilot phase of the scheme. “These beneficiaries are making history as the first set of beneficiaries of this Employment Trust Fund, and my charge to you is simple: You must use these funds responsibly, grow your businesses, create jobs for our unemployed youths and contribute to the growth of the Lagos State GDP. The idea is that for every N1million we disburse, we should create a minimum of five jobs around that business value chain.

“These loans have been provided at a very affordable rate of 5 per cent per annum, far cheaper than the prevailing bank interest of 25 per cent per annum. This is our modest way of reflating the Lagos economy, creating jobs and getting our youths gainfully occupied. Those of you here today, the first beneficiaries of this initiative, will be the agents through which our country can overcome its current economic challenges,” Ambode said. He also enjoined market women and female artisans to take advantage of the opportunity as his administration was particularly interested in supporting women in business.

One of the beneficiaries Mr. Ahmed Ojikutu, who is also the President of Computer & Allied Products Dealers Association of Nigeria (CAPDAN) thanked Ambode for the initiative, saying, it was gratifying to note that the process was very transparent.

Another beneficiary, Mr. Chike Obi, revealed that he was sceptical that as a ‘non-indigene’ of Lagos State, his loan request may not be granted. “It shows that this is a transparent process”, he said. Obi revealed that he was attracted by the offer of a single digit interest rate as the fund would help him expand his make-up and beauty product business.

Commenting on the need for a pilot process, Oyebode stated that, “It is critical for us to test our process ahead of a full roll out. This is to ensure that we have an incident-free go-live and an unwavering confidence in our ability to deliver an unbiased, inclusive and transparent process to determine those deserving of being beneficiaries of the scheme.”

Significantly, the mandate of the LSETF also extends to improving the employability of our unemployed youths, through up skilling and job placements.

This is in addition to helping start-ups with creative, innovative and compelling business model with access to funding, world-class facilities and infrastructure, trainings and mentorship. To this, the Ambode enjoined the LSETF team to pay special attention to the entertainment industry and the Tech Hubs in Sabo, Yaba area. These are new areas with huge potential for growth and job creation. 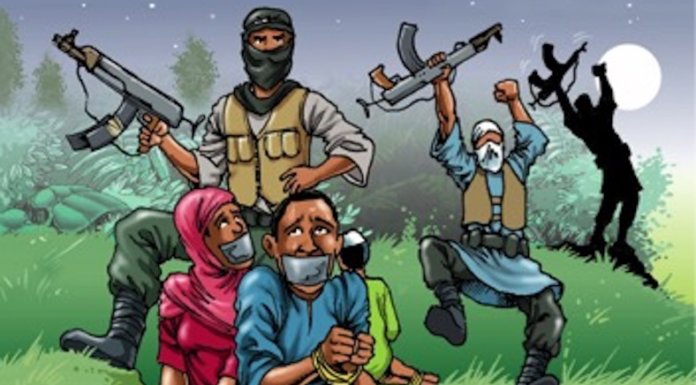