Stating this during the launch of Niola Cancer Care Foundation, a non governmental organisation that targets awareness on colorectal cancer, the consultant said despite the numerous causal factors for the cancer, there exist preventive measures, which he lamented most Nigerians were not putting into consideration.

“These days, most Nigerians prefer to order pepper soups with intestine, towel, and other orishirishi, as it is called in the Yoruba dialect. While some others prefer to eat mostly fast foods and other processed foods, with the thinking that they are eating healthy. The truth is as one eats these delicacies overtime, they are giving room for the development of non communicable diseases, including colorectal cancer,” he added.

Colorectal cancer is a cancer that starts in the colon or the rectum. These cancers can also be named colon cancer or rectal cancer, depending on where they start. Colon cancer and rectal cancer are often grouped together because they have many features in common.

According to Osinowo, experts used to believe it was a disease of the elderly, but warned that teenagers were now coming down with it, adding that about 50 per cent of cases develop from around the anus.

“On the symptoms, it usually doesn’t present signs during the early phase of development. However, persistent abdominal discomfort such as cramps, gas and pains could be signs.

On signs that must never be trivialised, he said, “observation of blood in stool, the urge to defecate when in the actual sense nothing is being passed out, change in bowel habit, passage of mucus in stool, and unusual passage of gas must not be taken for granted,” he added.

He said early detection was key to preventing the disease.

On her part, the Chairperson of the Foundation, Eniola Salu Akintunde, whose late husband died as a result of colorectal cancer said there was no need for any Nigerian to die of the cancer as early detection could help in its treatment and total cure unlike other cancers that could only be managed.

“If my husband’s illness was detected on time, he would not have died, as there exist new technologies to remove the malignant tumor,” she said.

While stating that colorectal cancer was the 7th most common malignancy in Nigeria, she noted that cancer care generally has not been high on the list of government priorities in Nigeria, as only little was being done to create awareness and prevention of the debilitating disease, adding that there was no logical data in Nigeria that shows the percentage of people affected by colon cancer.

“But it is evident that there is an increase due to the new cases now and then. Also, the number of new cases are underestimated as there is no postmortem routinely on dead people. Moreover quite a number of deaths are not reported,” she added.

She called for the need to sensitise Nigerians on the various cancers, as millions of Nigerians were still suffering from a condition that has no adequate treatment facility in the country.

“NCCF has a mission to carry out campaigns across Nigeria and build six screening centres in the six geopolitical zones in the country, and then instal screening machines in all, beginning from Lagos,” she added.

The Group Managing Director, Reddington Hospital, Tunde Lalude lamented that there exist only one or no functioning radiotherapy machines in the country, even as several Nigerians with cancer were clamouring for radiotherapy treatment. “I am sure not more than one works at a time in the country, and this is something that must be tackled,” he added. 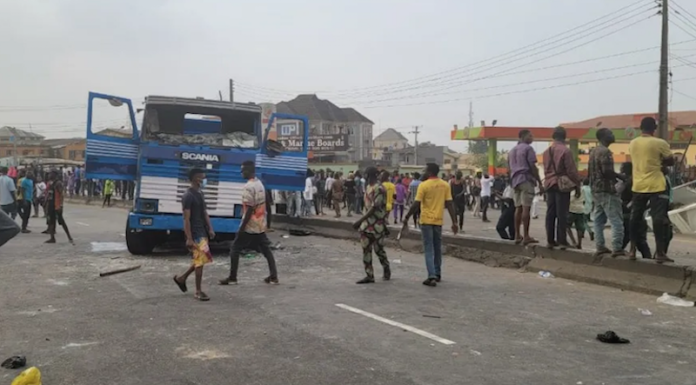