When Governor Ibikunle Amosun of Ogun State was returned for a second four-year spell that began on May 29, 2015, he made a pledge that gave the impression he was going to outdo traditional leadership patterns in Nigeria. He would rewrite the history of the second term syndrome, meaning he’d do better than he did in the first outing. He would move Ogun to the next level, multi pedestals higher.

He would leave “an Ogun State where taps are running in all homes, where the factories and workshops are powered with regular supply of electricity; where the health facilities are well equipped and properly manned by highly qualified and well-motivated staff; where schools are functional; where light rail links the state from town to town; where the roads are beautifully constructed and well laid out; where every person who wishes to work can be employed and where law and order is sustained.”

Now, if you have seen the lack of dynamics of governance that often accompanies most second term Nigerian leaders, you wouldn’t tarry to pooh-pooh Amosun’s vow. For when they are given a second term most of our leaders see it as an opportunity to drop their work gear, to lay back and scheme an unconstitutional third term. Politicking takes the centre stage and relegates hard and productive governance and administration. It is the reason some concerned citizens are insisting that when we restructure the polity, we must include in the new constitution a one-off tenure for the governor and the president along with their deputies. They are recommending a no-come-back term of five or six years. Others though have prescribed a preposterous term of seven years.

But so much can be done by a focused, committed and disciplined elected public officer in a single four or five year stint as we see in Ogun State. Here in Amosun’s first four years, we witnessed quite a lot of development that thrashed the concept that you need two full terms to make an impact. In one fell swoop, using the Ogun Standard barometer, the governor changed the topography of many towns in the state, notably, Ota, the state’s commercial hub. He moved in heavy machinery to pull down structures that stood in the way of constructing wide multi-lane modern highways. Amosun generously compensated those whose abodes, offices and shops were affected. This replaced the notion of government as cruel and uncaring.

This single stroke of intervention has opened up the state for both local and international investment. He has also enhanced the security profile during his second term after outlawing the activities of land speculators (Omo onile) whose violent activities in land transaction and development have prevented the rapid economic and social development of Ogun.

So, contrary to the unhelpful view of a second term as a barren one, Amosun has built on the first to record notable feats. The economic recession hasn’t shut down Ogun as it has done in other states where workers’ unpaid salaries have negatively brought the people to their knees. Ogun has an enviable record as one of the few states not indebted to its civil servants. Only recently, Amosun’s government succeeded in paying the pensions and severance entitlements of political officer holders. In a historic move, the governor last December presented cheques totalling N1.5 billion as severance pay to 663 former political officer holders.

This second term has seen Amosun predicting that Ogun will become (Nigeria’s) “best state in five years”. This isn’t a wild projection since the government is basing it on realistic economic indices. For instance, he alludes to emerging opportunities in the environment as a result of the stable and conducive clime his government has instituted for business. He also refers to new partnerships his government has built along with improved infrastructure and transportation.

This is what he told a Lagos TV station: “Our roads are as good as it gets now. Ogun is secure. Ogun State will be the best in five years. We have the largest number of industries in Nigeria. We have plans to develop our transport options and we look forward to building three airports in the state…The building of airports in the state is not for luxurious purposes but what our country needs to develop our transport system.”

Amosun has lately identified accountability in governance and monetary policy as the answer to the ravaging economic recession in Nigeria. He sees it as “the quickest way out of the recession.” He told a conference of chartered accountants in Abuja recently, “If we have to quickly get out of the recession (in which) we (have) found ourselves, we all must be accountable. If we are not going to be held responsible for our actions, then everything will collapse. We must be ready to adhere to world best practices…We must be ready to face the challenges.”

In the “change” climate thrust on Nigeria, Amosun, 59 on January 25, appears to be telling his compatriots that the second term, even if now a detested one as a result of our experience, might really be a call to offer more work to the people who elected you into office. It is not a tea party. A birthday, like a second term in office, should be a bagful day of sacrificial service to those who braved the elements – rain and shine – to stand in the long queues to place you on the hot seat.
Happy Birthday, Ibikunle Amosun!

––Ojewale is a journalist and writer in Ota, Ogu State. 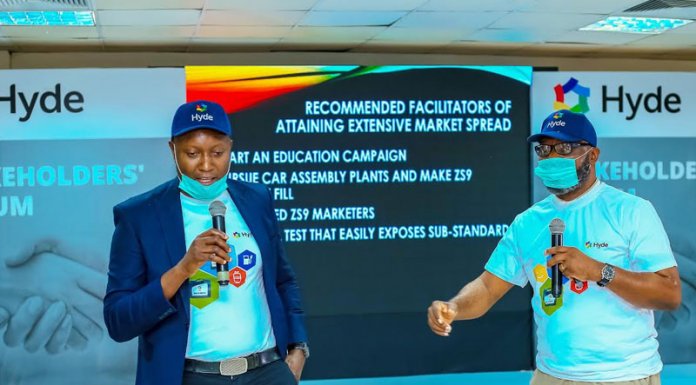