Northerners are becoming increasingly disappointed with the Northern States Governors Forum over the perceived failure of the governors to tackle the myriad of problems bedevilling the region. The forum, an umbrella body for the governors of the 19 northern states, was founded many years ago to promote unity, political and economic development of the region. However, since its establishment, the forum has achieved little or nothing in terms of tackling the problems facing the region.

Escalation
Many people have continued to question the idea behind the NSGF’s meetings in view of the peculiarities of the various states within the region. They appreciate the lofty intentions behind the forum but lament the continued escalation of the problems, despite the meetings of the governors.

Today, poverty is pervasive in the region, there is high level of illiteracy, many industries have folded up, making thousands of people jobless and susceptible to crimes, such as armed banditry, cattle rustling, and kidnapping. The people are sharply divided along ethnic and religious lines, partly because of the bias and discriminatory policies of some state governments in the region based on religious and political considerations.

There also the Boko Haram insurgence, which has ravaged the North-east, and the menace of Fulani herdsmen in southern part of Kaduna State, Plateau, Taraba, Benue, Nasarawa and Zamfara states.
Many industries have folded up, especially the textile companies, which used to be the largest employer of labour in the region after farming.
These are the issues that have always topped the agenda of the meetings of the NSGF. Yet little has been done to address the problems.

Protest
The forum has of recent has come under serious criticism. The governors are accused of of wasting public resources on their meetings, which many described as mere talk shops with no concrete plan to deal with the issues that trouble the region. .
This was the reason behind the protest by the Coalition of Northern Youths, when the governors held a two-day extraordinary meeting with the Northern Traditional Rulers Council, which started on Monday at Government House, Kaduna.

The youths had on Tuesday, the second day of the governors’ meeting, marched to the Government House to protest against the meeting. Although they were prevented by policemen from accessing the venue of the meeting, leader of the group, Comrade Isa Abdullahi, declared that the meeting had no direct bearing on the people. According to him, since the inception of the NSGF, it has not impacted positively on the region, instead, the North has continued to be inflicted with problems.

He lamented the high rate of poverty, illiteracy, diseases and underdevelopment in the region, despite its abundant agricultural and mineral resources. “Every time they meet, it is a repetition of the issues. They discuss the same issues over and over again without any action. We have not seen any economic or political benefit of these their meeting since they started it many years ago,” Abdullahi said.

He called on the governors to wake up and address the problems.
Also speaking, president of Arewa Defence League, Murtala Abubakar, noted that the meeting of the NSGF had no relevance, as it has failed to solve the problems facing the region. He said, “Before the present administration, we realised the meeting was just a mere talk shop. They will come and drink tea and leave after which they will issue a communiqué and go back.

“The next time they hold the meeting again, it is still another empty talk, no action, they keep repeating the same issues without solving even one problem.
“Whatever decisions they take at the meeting, no action will be taken. This has been going on for a long time. So as far as I am concerned, they are just wasting resources and their time.”
Abubakar said his group started protesting against the meeting since 2013 and when the governors became irritated about the protests, they moved to Abuja.

“Now, they are back to Kaduna again, but this time, they changed the venue (from Hassan Katsina House, Kawo) to the Government House, so as to frustrate any protest against them.
“We want to see the governors being proactive, we want to see them working for the people. In fact, our problems are getting compounded, despite their meetings. So it is counterproductive, it is a waste of time and resources, it is not result-oriented.”

Musa said, “We were meeting to discuss national issues and how to bring about unity in Nigeria. We were also comparing notes with each other’s development programmes. We governors of the PRP considered ourselves more progressive than governors of the NPN and we wanted to bring about the benefit of the progressives governors.
“We had leaders like Aminu Kano, Waziri Ibrahim and Dr. Nnamdi Azikiwe who everybody could see clearly that they were more progressive than Shehu Shagari and the NPN government. Today, you cannot clearly make that distinction.”

Rationale
Chairman of NSGF and governor of Borno State, Alhaji Kashim Shettima, in his address at the Kaduna meeting, said it was the first of its kind in recent memory. He said the meeting was convened to collectively deliberate and “find urgent, practical but lasting solutions to the myriad of socio-economic and political problems besetting the region.”
Shettima stressed that some of the challenges being faced by the North were challenges of managing multiculturalism and heterogeneous issues and good governance which must be addressed for the region to move forward.

He stated, “As leaders of government, traditional rulers and community as well as religious leaders, we must unite to tackle the challenges that stare us in the face…
“Our core challenges in the North today revolve around intolerance, absence of peaceful coexistence, poverty, illiteracy and lack of unity. How can we address these critical concerns? We, the 19 governors of northern states believe that a gathering of some of the key leaders of the North is more than able to provide solutions to our problems.
“As governors, we are more determined than ever, to sincerely walk the talks generated from this important meeting.”

He said there was no gainsaying the North was a poor and pathetic shadow of its former self.
“ A well-endowed, promising geographic space which accounts for 70 per cent of Nigeria’s land mass, up to at least 60 per cent of its population, with huge solid minerals resources, with potentials for hydrocarbon resources, a growing mining industry, rich arable lands, a blossoming agro-industrial economy, Nigeria’s wealthiest region by GDP and the region with the brightest prospects for accelerated economic growth; in short, arguably Nigeria’s most thriving region, has literally conspired against itself to be reduced to the laughing stock of the world,” the NSGF chairman lamented.

Traditional Rulers
Speaking on behalf of his colleagues, chairman of the NTRC and Sultan of Sokoto, Alhaji Sa’ad Abukakar II, said traditional rulers in the region were worried and sad with the state of insecurity in the North, especially happenings in southern Kaduna, kidnapping, cattle rustling, and the state of IDPs in the North-east and other parts of the country.

According to him, “One of the numerous reasons why violence continues to thrive in our midst is the impunity that is allowed to thrive in our midst. Nobody is punished for criminal doings they commit.
“We are therefore, strongly supporting more measures taken and to be taken by governors of the northern states, especially the governor of Kaduna State. We must all strive to achieve lasting peace in the North in particular and the whole country in general.”
Mallam Nasir El-Rufai, the host governor, in his address, said the meeting came at a time when all hands must be on deck to complement government’s effort to restore peace in different parts of the North and Nigeria as a whole.

El-Rufai said, “I believe that one of the major issues that would occupy our time today is to discuss the security challenges bedevilling this part of the country, especially clashes between herdsmen and local communities, terrorism, kidnapping, cattle rustling, among others.
“All political, traditional and religious leaders must rise in condemning the incessant killings and destruction of lives and properties in our region.”

El-Rufai noted that the security situation had become worrisome, as people who had co-existed peacefully for several years now allowed some unscrupulous elements to instigate them to take arms up against one another, leading to the wanton destruction of lives and property.
“We must strive and restore our region to the status of its glorious past of peace, progress and development. We must not allow religion or tribal differences to be a barrier between us and our common humanity,” he said.

Communiqué
A communiqué which was issued at the end of the two-day meeting said the leaders had resolved: “to accept the recommendations of the Body of the Attorneys General of the 19 Northern States to domesticate the model penal code, the model Fiscal Responsibility Law and the model Administration of Criminal Justice Law through the necessary legislative actions and subject to the individual peculiarities of the state in order to ensure transparency, prudent management of public funds as well as smooth dispensation of criminal justice in the region; the restructuring of the New Nigeria newspaper to a modern media outfit; reviving of Kaduna Textile Limited, jointly owned by the states.”
Some of the above issues had dominated previous meetings of the governors, but nothing concrete was done to actualise the resolutions. It remains to be seen if the northern governors would prove the pessimists wrong this time. 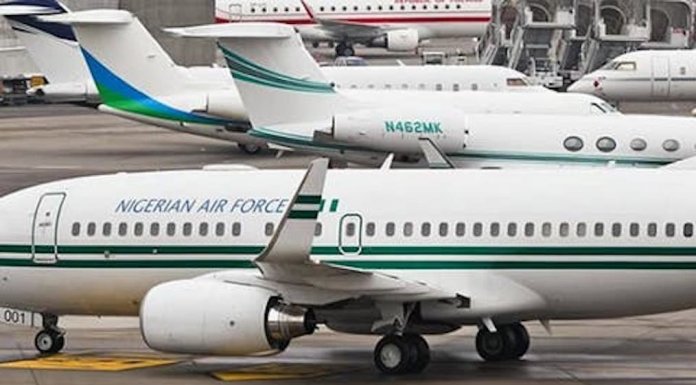