• Says April convention non-elective •Muiz Banire heads constitution review panel
Onyebuchi Ezigbo
Ahead of the proposed April national convention of the All Progressives Congress (APC), the national leadership has taken measures to deal with those regarded as troublesome members of the party.

In a move seen as a smart way of consolidating its hold on the leadership of the  party, the National Working Committee (NWC), led by Chief John Odigie Oyegun yesterday said the national convention would be a non-elective one, which would only be used to deliberate and rectify amendments to the party’s constitution.

At the same time, Oyegun’s leadership had a face-off  with some leading members of the party from the South-west over the selection of party’s candidate for the Ondo State governorship election, resulting in a call by the national leader, Ahmed Tinubu for the sack of Oyegun.

Speaking during the inauguration of a 10-man constitution review committee headed by the party’s National Legal Adviser, Mr. Muiz Banire, the national chairman said move to amend the constitution was in keeping with the decision reached at the last National Executive Committee (NEC) meeting to the party.

Oyegun further stated that events in the party in the last few months have also necessitated a rejigging of the constitution to strengthen provision for disciplinary measures to effectively address cases of problem members.

“Some of you will recall that at the last meeting of the NEC of the party, decisions were taken that necessitated a review of aspects of the constitution of the party, particularly with respect to a rejiged so to speak new thoughts like the kind, size and structure of the BoT that this party should have,” he said.

Oyegun said the expectation of the party was  that at the end of the exercise, it would have a leaner, trimmed and more focused Board of Trustees (BoT) with a new name and structure.
In apparent move to arrest to the internal squabbles that has befallen the ruling party in the last one and a half years of its coming to power, Oyegun urged the committee to also take a look at the membership party’s requirement,  with a view to providing for disciplinary measures within the party.

“We may also urge you to take advantage of the opportunity to look at other aspects of the constitution. We have operated now for almost three years, at the very least with a view to really cementing the processes and provision for permanently institutionalising internal democracy as a focus for this party.

“Events in the last few months have made me read very carefully the provisions that we have and to my mind, they are so weighted in favour of the problem people within the party, that it becomes extremely difficult to institute disciplinary procedures.

“I want you to take a very close look at that to make  it possible for those who don’t wish the party will but dwell within the party to be speedily neutralised while the details of the cases are being looked into.

Oyegun said the process of amending the constitution is going to affect the foundation of the very existence of the party.
According to Oyegun, members of the constitution review committee were drawn from  a wide spectrum of the APC stakeholders both within and outside government.

He took the opportunity to ask all members of the party, especially those that are statutory delegates to the convention who have issues to raise to submit same to the committee.
The committee has Banire  as chairman, Governor Samuel  Ortom, Senator Osita Izunaso, Minister of the FCT, Mohammed Musa Bello, Mohammed Abubakar, Senator Domingo Alaba Obende, Prof. Olusola Adeyeye, Hon. Asabe Vilita  Bashir, Adoh Ogbuta and Inuwa Abdul-Kadir.

While accepting the assignment, the chairman of the committee, Banire said the party has faced several challenges and legal lacuna that needs to be addressed through the constitutional review.
On behalf of the committee, he promised to carry out their assignment fairly without any bias. He said he and his committee members will try to ensure that they deliver on their mandate and be able to bring out a new constitution that will strengthen the operation of the party.

Meanwhile, the leadership of the APC has waded into the recent verbal attack by its member in the National Assembly, Senator Shehu Sani disparaging the mode federal government’s anti-corruption crusade
THISDAY gathered that the leadership of the party is treading cautiously so as not to be seen as exchanging words with it’s members in public, especially as it affects the performance of its administration. 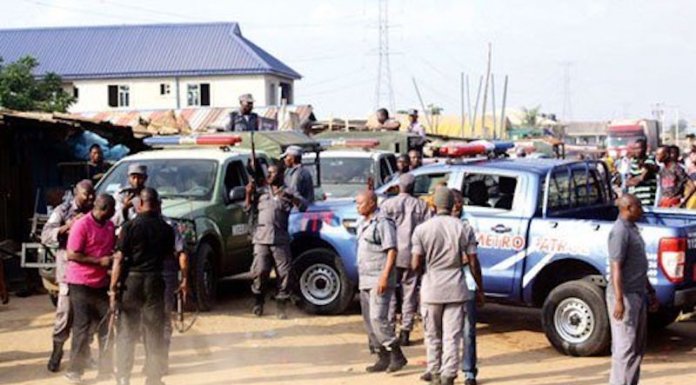