DIALOGUE WITH NIGERIA BY AKIN OSUNTOKUN

In the exorbitantly defining days of the better part of 1966, Governor Hassan Usman Katsina pronounced a vision on the impending fate of Officer Olusegun Obasanjo and Nigeria. In the high noon of the vengeful bloody counter coup of July 1966-peculiarly characterised by non-discriminate targeting of Southern Nigerian victims, Obasanjo had to be spirited to safety. The task fell on Usman Katsina and he fulfilled it with the passion of a proprietor and mentor.

He arranged two armoured carriers to hedge the vehicle (front and back) ferrying his protégé to the Kaduna airport. Instructed by unseen higher powers, he warned-nothing must happen to him, Nigeria is going to need him in the future. I stand on the authority of a no less involved personality than Mrs Oluremi Obasanjo to make this recall. They don’t come more credible than that, do they?

Obasanjo began to fulfil the prophecy soon enough. The fulfilment started in earnest with the event that would set the tone for the lifelong cantankerous relationship between him and Professor Wole Soyinka. At the declaration of hostilities between Biafra and Nigeria, Emeka Ojukwu appointed and charged his friend Brigadier Victor Banjo (one of the more colourful characters of the civil war) to launch a Biafra Army offensive, blitzkrieg style, on Lagos; occupy Western region and capture Yakubu Gowon. In one of the remarkable episodes of the civil war, Banjo swept through the Mid-West and in no time was knocking at the door to the Western region at Ore.

Acting a different script from the one handed down by Ojukwu, and in collaboration with Wole Soyinka, Banjo struck an independent course of action. They called it the ‘Third force’ and their mission was to abort the civil war, neutralise Gowon and Ojukwu, and seek a neutral progressive solution. Rather than fight through the West, Banjo and Soyinka chose to intimate the Nigerian Army rear commander at Ibadan, a fellow Yoruba, with their plan and solicited him to grant the Banjo led Army a safe passage to Lagos. The rear commander, Obasanjo, promptly disavowed the Yoruba parapo conspiracy, declined the request and swore abiding allegiance to the Nigerian Army. It was in the same station that he saved the military career of Ibrahim Babangida who was scheduled for Army court-marshal-on account of inviting and serenading his fiancé, Mariam king, at the Army officers mess in violation of military regulation.

In a subsequent resounding echo of Usman Katsina’s revelation, Obasanjo was the Nigerian commander whom providence appointed to take the Biafran Army surrender and end the war in January 1970. The next phase of the prophecy was the 1975 military coup that brought him to power as second in command to the late Murtala Mohammed-whom he succeeded as Military head of state, following the assassination of the latter in the aborted coup of 1976. It was in this capacity and in this phase that his bond with the Northern political establishment was cast in concrete. To their mutual political prosperity he interchangeably played the role of mentor and protégé to the mythical Kaduna mafia, the most successful and consequential Northern establishment pressure group.

According to Nvendanga Jibo, ‘comprising a loose group of young northern Nigerian intellectuals, civil servants, business tycoons and military officers residing or conducting business in the former northern capital city of Kaduna during the end of the first republic, the Kaduna mafia achieved most success during the first era of Obasanjo’s government, where many of its members were appointed to key positions of power and used its alliances to obtain patronage and disburse favour to friends and associates. Famous members and allies include, Adamu Ciroma, Mamman Daura, Ibrahim Tahir, Shehu Musa Yaradua, Mahmud Tukur and Mohammadu Buhari’.

Contrariwise, it was also in this phase that an incipient uneasy relationship with the Yoruba political establishment escalated into full blown estrangement. The Yoruba, who tended to be more passionate than hard headed in matters concerning the late Chief Obafemi Awolowo, quite unjustifiably, blamed him for the loss of Awolowo at the 1979 Presidential election. If his preference as successor in 1979 was not Awolowo then the latter couldn’t have done more to ensure that Obasanjo’s wish came to pass. This is the only interpretation in which the choice of Phillip Umeadi from the South East as Awolowo’s running mate within the context of the political configuration of Nigeria, made sense.

If Awolowo were to score a hundred percentage points of the votes cast by the South East and South West combined, he would still come short of victory at the Presidential election by a wide margin. Against the background of the role he played in the civil war, it required a special leap of faith to expect a better outcome than the margin of his defeat in the Biafra territory. Given that he voted for Shehu Shagari in the Presidential election coupled with his Freudian slip that the best candidate may not win, it is true that Awolowo was not Obasanjo’s favourite candidate but in the end, this preference was quite irrelevant to the outcome of the election.

In unprecedented fashion and seeking a fall guy for the declining political fortunes of the Yoruba leader at the Presidential level, Obasanjo was designated the official enemy of Awolowo’s Unity Party of Nigeria, UPN. And the designation was taken so seriously as to warrant the near expulsion of Party crown prince Bola Ige in a marathon Party convention trial-for getting politically chummy with their pet hate. At the conclusion of the 1983 general elections in which his Yoruba stronghold was violated with the declaration of dubious victories for the (Northern region dominant National Party of Nigeria) NPN, in Oyo and Ondo states, Awolowo reverted to his pre-civil war cold war mode with the North.

The main Yoruba casualty of this political relapse was Obasanjo, who was then derided as ‘Northern stooge’. In the search for evidence to substantiate this camp betrayal allegation, the Olufemi Olutoye incident was called to service. A high ranking member of the Obasanjo military government, Olutoye had, in the spirit of Yoruba consanguinity, raised ethnicity laden issues in (for your ears only) little talk with the head of state. In the counter spirit of Nigerian nationalism-often synonymous with Northern hegemony compliance, Obasanjo called in his Hausa-Fulani deputy, Shehu Yaradua, and demanded Olutoye repeat his Yoruba camaraderie whisper in Yaradua’s presence. Olutoye’s compulsory retirement from the Army was announced within the hour on the National radio.

Stacked on this cumulative background, Obasanjo became subject to two dialectically opposed perceptions-the one precipitating the other. To the North, he is the trusted detribalised Nigerian and to the Yoruba, (given the reality of Nigeria’s ethno regional denominated politics), he is deemed a sell-out. Given this reality, any mission to grow beyond the comfort of the ethnicity regulated politics is guaranteed to be a hard sell, at least in the short term. This weak sociological base for Nigerian nationalism has been compounded by the quite unhappy lived experience of its citizenship. The sociological theory is that Nigerian nationalism is hindered by the fact that there is no continuity between state and society in the sense that the Nigerian state did not evolve from a common linguistic Nigerian nationality the way Germany, France and Italy evolved from prior German, French and Italian identities and linguistic nationalities. The societies and nationalities that preceded Nigeria were the Yoruba, Efik, Berom etc.

The double jeopardy constraining the evolution of Nigerian nationalism is that the totality of group experiences of Nigerian citizenship have tended to be negative (socio economic retardation, mutual political chauvinism and violent upheavals et al)-thereby fuelling the inner consciousness rejection of the Nigerian identity-at least, since 1966. There is no pre 1966 Nigerian region-Western, Eastern, Northern, Mid-West, that would not have fared far better were they (and Nigeria) to remain undisturbed by the Military coup termination of the first republic. My submission therefore, is that Nigerians have become increasingly alienated from Nigeria and that anyone perceived as an active personification of this Nigeria (like Obasanjo) would be collateral damage of this resentment.

The mistake inherent in his standpoint is the assumption that-as presently structurally constituted, there is an intrinsic value to being a Nigerian and that the identity is sufficiently value laden and should be preferred to a less inclusive identity. He is right and wrong. There is intrinsic value to the inclusive Nigerian identity but not as presently configured. Lacking the skill of a good diplomat, of coating a bitter pill with a sweet taste, the good half of his proposition often gets lost in his provocative military drill personality. This is the reason why non Nigerians tend to appreciate him more than fellow citizens who bear the burden of Nigerian citizenship. Arguably the most successful Nigerian leader-(save the dark spot of joining the multitude of African leaders to commit the sin of seeking to stay beyond the constitutional welcome) there is the general disappointment that he frequently falls short of his own high standards.

In and out of office, he characteristically adds value and has an outstanding work ethic. He is probably Nigeria’s biggest farmer and the most committed amongst his peers in the thirst for knowledge. His public interventions in times of political stalemate and crisis often prove decisive even if those interventions tended to default on the side of preserving the status-quo. He is the most valuable status-quo Nigerian and his pan Nigerian political reach surpasses that of any other Nigerian leader. For all the exaggerated shortcomings of Ibrahim Babangida, he is the only other living Nigerian ruler who comes near him in the attribute of Pan Nigeria patriarch.

As Nigeria gravitates, once again, towards implosion, both have their tasks cut out for them. Obasanjo has largely fulfilled the 1966 utility vision of Hassan Usman Katsina-who would be smiling down on him from the world beyond. The bad news is that, in its present oppressive and suffocating structure and form, not many citizens wish Nigeria to endure. This is why the country would for long continue to require the services of its greatest proponent and field officer-and why it is difficult to envision the survival of this Nigeria without Obasanjo and his disciples. 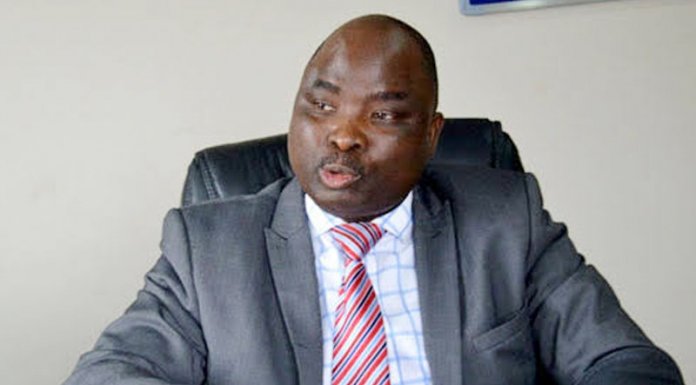