Following the intervention of the Minister of State for Petroleum, Dr. Ibe Kachikwu, senior workers of Mobil Producing Nigeria Unlimited (MPN), under the aegis of Petroleum and Senior Staff Association of Nigeria (PENGASSAN), tuesday suspended their strike started last week to protest the sack of their members, pending a review of the company’s action by a ministerial committee.
In a communiqué issued yesterday at the end of a meeting between the Minister of State for Petroleum, the labour union and management of MPN, it was also resolved that all the workers affected by the special separation programme (SSP) embarked upon by the company should remain on the company’s payroll but cannot return to work, pending the conclusion of the review of the ministerial committee.

The committee has been mandated to submit its recommendations to the minister not later than January 10, 2017.

According to the communiqué, “The management action on the union members impacted by the involuntary separation programme is hereby suspended, pending the submission of the report by the ministerial committee and determination of the issues arising from the report of the Honourable Minister.

“It was further agreed that management is free to implement for non-represented employees and any voluntary cases already signed on to.”

The communiqué was signed by the National President of PENGASSAN, Francis Johnson; NNPC’s Chief Operating Officer, Corporate Services, Isa Inuwa; Udom Inoyo of MPN; and Falonipe Amos of the Ministry of Petroleum Resources.

PENGASSAN also clarified that the disengagement of staff should be voluntary, and not compulsory as implemented by the company.

The association also denied that some sacked senior workers received N350 million as severance package, saying that since the claim was made by the company, the son of a staff had been kidnapped and the kidnappers were demanding for their own share of the N350 million.

On the allegation that the union ignored the intervention by Kachikwu and went ahead with their protest, the association stated that when it was contemplating a ceasefire following the minister’s intervention, the company continued the issuance of sack letters.

In a statement issued yesterday by the branch chairman, Paul Eboigbe and secretary, Abel Nwobodo, the union acknowledged that it had supported the sack of 150 workers in December 2015, which was implemented as a voluntary programme agreed with the union in line with the Collective Bargaining Agreement (CBA).
“The union accepted it as a way forward in light of the challenges in the oil and gas industry,” the union added.

PENGASSAN, however, alleged that over 50 expatriates were brought into the country as replacement for those Nigerians that were separated in 2015, despite the huge cost to the joint venture arrangement with NNPC.

PENGASSAN argued that after the special separation programme of December 2015, most of the vacated jobs were given to expatriates and in some cases packaged as service contracts to foreign companies which had proven to be more expensive.

The union further disclosed that sometime this year, the company initiated an investigation into the activities of the marine and security departments, adding that in line with the CBA, the union participated in the process of disciplinary hearing on behalf of its members that were involved in the investigation.

PENGASSAN stated that none of its members were indicted by the disciplinary process, but the company in a premeditated move went ahead and sacked all the people involved and replaced them with expatriates.

“The union’s fear became worse when management insisted that the SSP (special separation programme) must be involuntary against the industry practice and our previous implementations.
“The union on the other hand insisted that though they are not comfortable with the programme at this time, but if it must be implemented then it must be voluntary,” PENGASSAN added.
Shell to Shut Down Bonga Field

Meanwhile, Shell Nigeria Exploration and Production Company (SNEPCo) is planning to shut down the Floating, Production, Storage and Offloading (FPSO) vessel of its 225,000 barrels per day Bonga deep water field next February for the FPSO’s routine maintenance, THISDAY’s investigations have revealed.

The planned shut down, it was learnt, will take off a significant chunk from Nigeria’s crude oil exports, as Shell produces about 200,000 barrels per day at the Bonga field, which it operates under a Production Sharing Contract (PSC) for NNPC.

Company sources informed THISDAY that the planned closure, which will last for five weeks, will be the second of the FPSO’s five-yearly mandatory turnaround maintenance.
Discovered in 1993, 120 kilometres offshore Nigeria, the Bonga field became operational in 2004, and hit first oil in November 2005.

The FPSO, with a lifespan of 20 years, was first shut down for six weeks in February 2011 for its first five-yearly maintenance programme.

When contacted by THISDAY last night, a Shell spokesman, Mr. Precious Okolobo, declined to confirm or deny the planned shut down, saying that “relevant operational updates will be duly communicated.”

But an official of the company, who spoke off the record, confirmed that “a maintenance shut down is planned to commence at Bonga early 2017”.

“The FPSO was due for maintenance early this year. The exercise will involve a partial shut down, and a period of complete suspension of production at the facility,” he added.
As part of the efforts to ensure that the routine maintenance met global standards, the Department of Petroleum Resources (DPR) had hired Lloyds as a consultant to certify the first maintenance exercise carried out in 2011.

Located in Oil Prospecting Licence (OPL) 212, the 60-square-kilometre field is situated in water depths of over 1,000 metres with a production capacity of 225,000 barrels of oil per day and 150 million standard cubic feet per day of gas.

With a development cost to first oil of about $3.6 billion, Bonga’s production facilities comprise one of the world’s largest FPSO vessels and deepwater subsea infrastructure.
The field’s initial 16 subsea oil producing and water injection wells were connected to the two-million barrel storage capacity FPSO by production flowlines, risers and control umbilicals.

The use of inconel clad steel catenary risers in Bonga was the first time such infrastructure was used on any FPSO anywhere in the world.
The Bonga FPSO was built by Samsung Heavy Industries of Korea for SNEPCo. 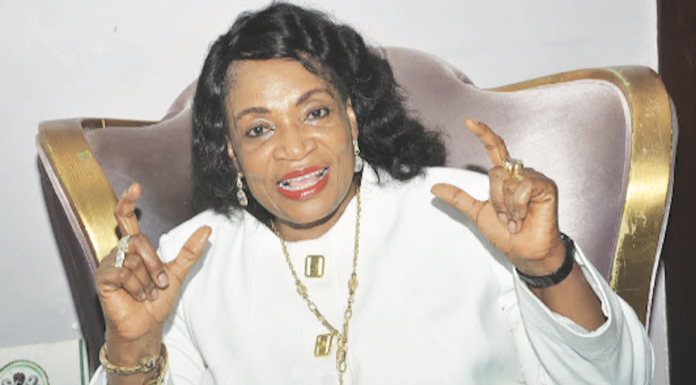