Former Vice President Alhaji Ariku Abubakar has emerged as one of the leaders of a critical discourse on how to address the problems facing the country’s federal structure. Atiku recently expressed his support for the restructuring of the current federal system. He made a strong case for the re-negotiation of the union that brought together the various entities that make up the Nigerian federation as a means of addressing the various agitations springing up around the country.

2019 Election
In making his postulations on restructuring, the former vice president has thrown up a sensitive aspect of the country’s existence for debate. And, certainly, it would form a major campaign issue as the 2019 general election draws closer. Although his views may contrast with those of other politicians, especially from the same northern parts as him, the restructuring issue looks set to start a major debate that may likely dictate the tone for the 2019 campaigns.

Unviable States
While presenting a book, titled We Are All Biafrans, on May 31 in Abuja, Atiku lashed out at past military regimes for foisting on the country states created without taking due cognisance of their economic viability. He spoke of how the government of former military Head of State, Yakubu Gowon, opened the floodgates for the creation of states that were not based on realistic ability of those states to take care of their affairs.
“It became more or less an individual wish by various top military presidents who just sat down to create states in the country to suit their personal interest,” Atiku stated at the launch of the book written by journalist Chido Onumah. The former vice president was bemoaning the current situation where only about three out of the 36 states of the federation are said to be economically viable.

Atiku voiced a similar view on Monday at NAF Conference Centre and Suites in Abuja, where he was chief presenter at the public presentation of a book, Nigerian Federalism: Continuing Quest for Stability and Nation-Building, edited by Okechukwu Ibeanu and Mohammad J. Kuna. He spoke extensively on the issue of structural imbalances in the Nigerian federation.

Lopsided Federalism
In his speech at the event, Atiku observed that the structure and practice of Nigerian federalism had been a key topic of discussion and debate in Nigeria since the amalgamation of the Northern and Southern protectorates in 1914, with varying levels of intensity.

He stated, “We are all witnesses to the agitations and complaints by different sections of the country at different times about being marginalised or short-changed in fiscal allocation and the distribution of such other public resources such political positions, jobs, school admissions, provision of infrastructure, and even social honour. In response, many Nigerians have been calling for some form of restructuring of our federal system, while some small fringe groups insist on their part of the country separating from the federation all together.”

Atiku identified various positions taken by these agitators to include demand for restructuring in terms of resource control, that is the control of resources by the states from where they are derived. He said there were those who thought there was an ideal “true federalism” which Nigeria must embrace. Others, according to the former vice president, are those who argue that federal systems are varied, evolving and have their specific national and historic characteristics and that what is needed is continued improvement of the federal system and then there are those who think that the current structure is not the problem but just the managers.

Valid Agitation
According to Atiku, the loudest of these agitators currently appears to come from the Niger Delta where oil revenues, which the country depends on, come from. For him, these agitations should not be dismissed as irrelevant or seen as a threat but should be seen as legitimate positions in a democracy.

Atiku stated, “What I find odd and somewhat unhelpful is the argument of those who say that we cannot renegotiate our union and who proceed from there to equate every demand for restructuring with attempts to break up the country. I believe that every form of human relationship is negotiable. Every political relationship is open for negotiations, without pre-set outcomes.

“As a democrat and businessman, I do not fear negotiations. That is what reasonable human beings do. This is even more important as a stubborn resistance against negotiations can lead to unsavoury outcomes. I have spoken a number of times in the past several years on the need to restructure our federation in order to devolve more power and resources to the federating units. Recently I went to Kaduna and told an audience of mostly my compatriots from the North, where most of the resistance against restructuring seems to come from, that restructuring is in the interest of the North and Nigeria. I have even called on states in each geopolitical zone to, in the interim, pool their resources together to provide some services for their peoples for greater efficiency and cost effectiveness.”

The former vice president went on to speak about the fault lines of the present federal structure of the country and its implications for the current economic challenges. According to him, “We must acknowledge that what got us to our current over-centralised and centre-dominated federal system is political expediency and fear, and bolstered by the command and control character of military regimes.

“But after 50 years of ‘unitary federalism’ we are now in a position to clearly see that it has not worked well. The federating units in the First Republic had their disagreements but none claimed to lack autonomy of action, and none waited for federal fiscal allocations before it could implement its programmes and pay salaries.
“The current structure may be working for some elites but it has clearly not worked well for any section of this country and the country as a whole. We should take deliberate steps to change this structure to serve us better. And we should not dither for too long that we let fear and expediency stampede us into another disastrous policy shift that may not serve us well either.”

Atiku was of the opinion that federalisms are works in progress and that there is no ideal federal system. Each nation has to work out the best federal system for it.
On the agitations for more states, Atiku believed the country already had too many weak and unviable states to contend with and needed stronger federating units with a greater share of resources and responsibilities. In the same vein, he viewed the clamour for more federal take-over of state institutions and the clamour for local government autonomy as inconsistent with the effort to establish a viable and well-functioning federal system.

According to him, “We must acknowledge that in federal systems that work, federating units cede certain powers to the centre. In our strange federal contraption, it is the centre that is creating federating units, giving them money and monopolising most power and resources. Thus, our state governments are no longer performing as federating units. Rather they currently seem like dependent provinces of the central government in Abuja.
“I have been shouting myself hoarse, asking why we should have federal roads, federal schools, federal hospitals, etc. I have called for state police, for the states that so desire, to help us provide more effective security. In 2012 I went before ALGON in Enugu and told them that their clamour for local government autonomy from state governments is misguided. I told them that it is wrong for the federal government to be creating local governments and giving them money directly from the Federation Account.

“What is the meaning of ‘local’ then, I asked? How does the transfer of local government dependence on state to central government translate to autonomy? Even our state governments are nearly totally dependent on the federal government, meaning they do not even have the autonomy that we are trying to give to the local governments that are below them. This is a complete absurdity.

“Can anyone honestly claim that our local governments have performed better since the introduction of the joint state/local government account than they did prior to the coming into effect of that constitutional provision? We must end our culture of institutional escapism in this country. By that I mean our tendency to create new institutions to solve problems for which we already have institutions just so we avoid dealing with the shortcomings of the existing institutions.”

Apparently differing with some northerners, Atiku said he believed taxes ought to be uniform but no state should be allowed to share from any tax subhead which it was not part of. For instance, he said that fairness demanded that if a state was opposed to cattle tax or bicycle tax or alcohol tax, or pollution tax, it should not expect to share in the tax proceeds from those items.

In summing up his postulations, Atiku said no section of the country could correctly claim that its people were better served by the current structure of the federation. He said, “In fact, disagreements and peaceful agitations indicate vibrant and living relationships. The key to making national progress is to manage those disagreements in peaceful and mature ways. Political and civic leaders from across the country must come together, discuss, negotiate and make the necessary compromises and sacrifices needed to restructure our federation to make us a stronger, more united, productive, and competitive country.”

Political Stunt
Many may see these arguments being put out forward by the former vice present as more of political gimmick than something made out self-conviction. It would also appear as if the Turaki of Adamawa is mainly carving out his own political stunt to counter that of the incumbent President Muhammadu Buhari, who rode on the promise to wage a war against corruption to win the last presidential election. Whatever is the motive, there is no doubt that Atiku’s view on the need to review the country’s federalism is a popular idea that will definitely form the basis of engagements by political stakeholders in the days ahead.

editor - September 27, 2020 4:02 am
33
SIMON KOLAWOLE BY  (SIMONKOLAWOLELIVE!) We often tell ourselves a lot of beautiful lies in Nigeria. One of my favourite is the saying: “This is not... 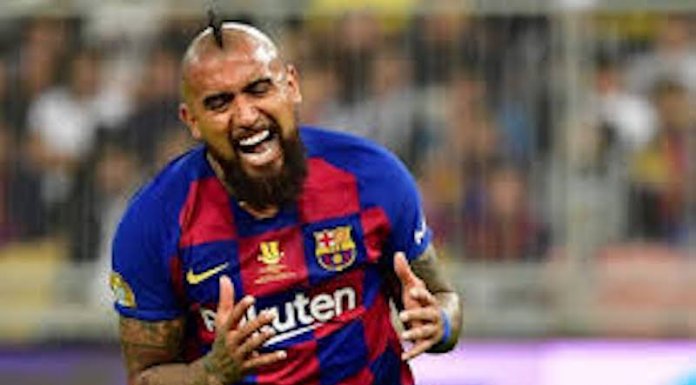