A Senate’s fresh amendment proposal to the 1999 Constitution has abolished the joint state and local governments account and also limits the period within which the presidency can draw money from federation account before budget passage from six to three months.

Making this disclosure while presenting the report of the Senate Committee on Constitution Review to the chamber, Deputy Senate President, Ike Ekweremadu, said the committee had also adopted a proposal to create the seat of a mayor for the Federal Capital Territory (FCT).

Ekweremadu also disclosed that Section 7 of the constitution had been amended to provide for a uniform three-year tenure for all elected local government officials, pointing out that “local governments without a democratically elected council shall not be entitled to any revenue from the Federation Account.”

He said the amendment was designed to ensure effective service delivery and as well rescue local governments from strangulation by state governments.

He explained further that the draft amendment makes it mandatory for monies meant for local government councils to be paid directly into their respective accounts.

Ekweremadu also said the amended section clearly defined the fund for the state government, which he described as an “internally generated revenue from which a portion shall be paid into the local government allocation account.”

He also said Section 162 of the Constitution had been amended with a proposal to “provide for national savings of 50 per cent of oil revenues above the bench mark for a particular year and 10 per cent of any non- oil revenue paid into the Federation Account; Or such other percentage not less than that provided in this section as the National Assembly may determine in the Appropriation Act of a particular year.”

The draft amendment also provides that “any such savings as stipulated in this section will be distributed in accordance with the prevailing revenue sharing formula and in accordance with the provisions of the constitution provided that the savings shall not be  that Sections 82 and 122 of the Constitution were amended to reduce the period within which the president or a governor may authorise the withdrawal of monies from the Consolidated Revenue Fund in the absence of an appropriation act from six months to three months.”

He further explained that this amendment was meant to compel early presentation of budget proposal by the executive and consequently give the legislature sufficient time to scrutinise  the budget.

On political parties and electoral matters, he said Sections 134 (4) & (5), 179 (4) & (5) and 225 had been amended to provide for 21 days for the conduct of presidential and governorship run-off elections when no clear winner emerges from the original election with a view to giving INEC the sufficient time to plan for the election.

Another amendment empowers INEC to de-register political parties which fail to fulfil certain conditions such as a breach of registration requirements and failure to win either a presidential, governorship, local government seats or secure a seat in the National Assembly or state legislatures.

On financial autonomy for state legislatures, Ekweremadu said Section 121 of the Constitution was amended to guarantee a first line charge funding for State Houses of Assembly from the consolidated revenue fund of the state.

On status of the FCT, he said Sections 256, 299, 300, 301 and 302 of the Constitution were amended to create the office of an elected Mayor for the FCT with powers to administer the FCT by exercising all functions currently being administered by the Minister of the FCT.

He said an amendment was also effected to regulate the nomination of ministers and commissioners adding that Sections 147 and 192 of the Constitution had been amended to ensure that appointees of the executive are not assigned portfolios prior to confirmation by the Senate or State House of Assembly.

The amendment also provides for a period of 60 days within which such nominations shall be forwarded to the Senate or state House of Assembly after inauguration.
The deputy senate president further said the constitution was amended to remove the law-making power of the executive under Section 315 because “the extant provision is starkly contrary to Section four of the Constitution which confers law-making powers exclusively on the legislature.”

He added that amendments of clauses on judiciary were done to allow two justices of the Court of Appeal sitting in chambers to dispose any application for leave to appeal court after considering the records of proceedings if the justices believe that in the interest of justice it does not require an oral hearing of the application.

He disclosed that an amendment sought to establish a criminal division of the Federal High Court to try electoral offences, terrorism cases, economic and financial crimes cases, among others.

The amendment also provides for appeals from the decisions of the National Industrial Court to go to the Court of Appeal.
Similarly, the judiciary provisions amendments provide for 12 justices of the Court of Appeal to be learned in Labour and Employment Matters for the purpose of hearing appeals from the National Industrial Court.

The report also provides for devolution of powers, as Ekweremadu said the Second Schedule, Part I and II of the Constitution were altered to decongest the exclusive legislative list to give more powers to states.

According to him, this will enhance the principle of federalism and good governance, disclosing further that “it substituted Post and Telegraphs” with “Post and Telecommunications”, and moved pensions, prisons, railways, stamp duties and wages from the exclusive legislative list to the concurrent list and added arbitration, environment, healthcare, housing, road safety, pensions, land and agriculture, youths, public complaints to the concurrent list.” 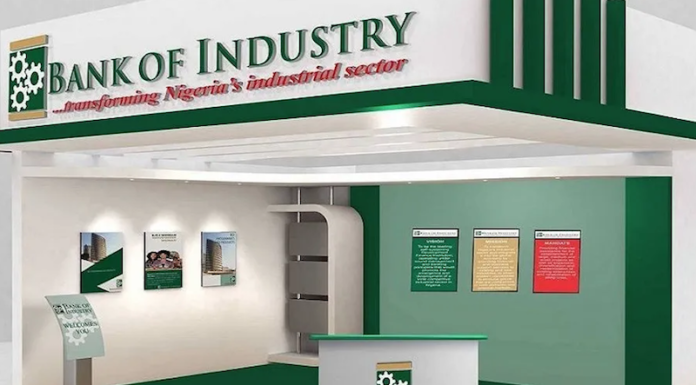