Former Governor of the Central Bank of Nigeria (CBN), and Emir of Kano, Mallam Muhammad Sanusi II friday in Abuja criticised the administration of President Muhammadu Buhari for relying on massive fiscal expansion and a faulty foreign exchange policy that discourages investment to get the country out of the current recession.

Sanusi made his position known in his keynote address titled, “A Plan to Restore Confidence, Direction and Growth” at the policy monitoring dialogue on the state of the Nigerian economy organised by the Savannah Centre for Diplomacy, Democracy and Development (SCDDD).

The Emir frowned at a development whereby the CBN had become government’s lender of “first” resort rather than last, accusing the apex bank of a clear violation of CBN Act of 2007 (Section 38.2) which limits advances to the federal government at 5 per cent of the previous year’s revenues.

Sanusi, who said he refused to surpass the legal limit of lending to government during his tenure as CBN governor added that the current CBN overdraft to federal government was more than 10 times the prescribed limit and even rising further.

The Emir said the relationship between the CBN and the federal government was no longer independent as a result.

Sanusi said: “In fact, one could argue that their relationship has become unhealthy. CBN claims on the FGN now top N4.7 trillion- equal to almost 50 per cent of the FGN’s total domestic debts. ”
Also, Sanusi criticised the implementation of the June 2016 FX reforms by the CBN, arguing that the creation of four new market rates would defeat the objective to unite the market in single, transparent rate.
He added that the current practice would further make it difficult to attract local and foreign investments into the country.

Sanusi also said he would have allowed the Naira to fall if he were still the CBN governor when oil prices crashed-and would have defended his action based on the fact that the apex bank repeatedly warned the fiscal authorities to save for the rainy days but was ignored.
He said the economy wouldn’t have been in the present predicament if government yielded to advise not to deplete the reserves but rather save.

Nevertheless, he said the current FX regime had inherent credibility issues which had eroded investor confidence.

He, also said the ongoing clampdown on bureau De change operators across the cross by security agencies would not provide the solution to the FX volatility as this will further widen the gap between the official rate and the black market.

He said the FX reforms recently announced had not been effectively implemented to the letter- such as allowing for different rates for various segments of the economy- a dangerous precedent which could whip up market sentiments.

The Emir said implementing the right FX policies was key to achieving growth, stressing that the fiscal balance sheet was currently overstretched, urging government to seek alternative sources of revenues to service debts and grow the economy.

He noted that over 35 per cent of federal government revenues were used to service debts.
The former CBN governor said it was clear that the present administration had inherited serious problems from its predecessor, but the right policies have not been deployed to correct the past and get the economy out of the woods.

He also said with the current macroeconomic indices, it may be difficult for the federal government to secure the $30 billion loan it’s currently seeking even if approval was granted by the National Assembly, unless it explored alternative concessionary facilities.
Sanusi said: “I think I need to clear my position about this $30 billion-if we can get it I will be very happy, it’s a good thing to have, in fact, if they can get it at a concessionary debt to reduce the cost of debt service, that’s perfect.

“So am just showing them and saying if you want to grow this economy, look elsewhere and you’ll get this money much faster and attractive. There’s a lot of capital in the world looking for an opportunity to be deployed. What does the investor need for him to bring in the capital? That’s what we need to be doing.”

He noted that banks and foreign creditors will usually consider risks before lending and government appeared not to have a good balance sheet at the moment.

Furthermore, he said attracting investments was key to exiting the recession and government needed to work closely with the private sector to achieve the objective.

Sanusi said the country’s current approach to managing its economic crisis was severely misguided as fiscal policy is given all the attention while its potential impact is small.
He said Nigeria should gear its policies towards attracting investments and focus on reducing FG’s debt service through greater concessionary borrowing rather than increasing its spending through CBN financing.

Accordingto him, until the country signals a clear change in policy, it will be difficult to restore credibility which is crucial for local and foreign investors.

“Until investment picks up, it will be difficult for Nigeria to return to growth, ” he said.
Sanusi advised government to among other things, allow price discovery to occur in the FX market and close the gap between FX policy design and implementation.

He also urged government to attract investments into power, refineries and petrochemicals. 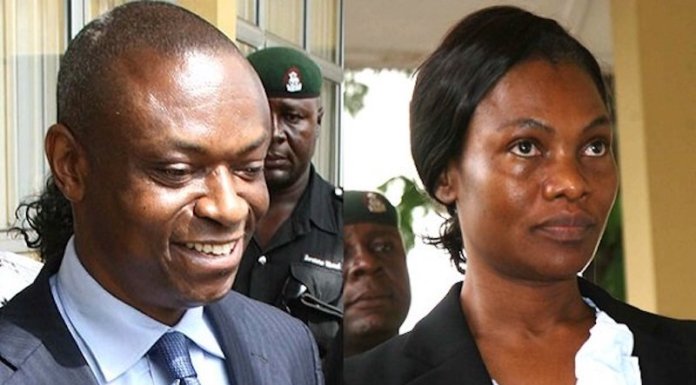