He said the posture of NNPC was fueling the bombings as well as vandalism of crude oil and gas installations in Niger Delta region.

The Warri Chief, who alleged that the Group Managing Director of NNPC, Dr. Maikanti Baru and members of his management team haven’t shown any interest in the GRIP and Escravos Environs Power Supply Project, expressed displeasure that despite the huge economic and job creation potentials of both projects, the NNPC GMD was yet to visit the project sites to boost the morale of investors in the projects.

According to Emami, the seeming disinterest of Baru towards the GRIP Project in Ogidigben, Warri South-west Local Government Area, “which will accommodate a major industrial gas hub and petrochemical, methanol as well as fertiliser plant with known capacity to create 150,000 direct and indirect jobs at the construction stage leaves much to be desired at a time when the country is experiencing recession including job losses.”

The APC Chieftain who spoke to journalists after he returned from Escravos, appealed to the National Assembly, especially the Senate to order the management of NNPC to take immediate steps for construction work to commence at the GRIP and Escravos Environs Power Supply Project, which is part of NGC ELPS System- A Network which passes the host communities in the Escravos Shore.

He noted that 30 oil and gas host and impacted communities would benefit in the Escravos Environs Power Supply Project “which is outside the power supply and distribution of the National Grid.”
While stating that the NNPC management may not have briefed President Muhammadu Buhari on the true position of both projects, Emami recalled that a Memorandum of Understanding was signed on May 10, 2012 between the Federal Government, NGC/NNPC, Chevron, Delta State government as well as Itsekiri and Ijaw host communities for the Escravos Environs Power Supply Project.

The Itsekiri leader lamented that for over three weeks, people of Ugborodo protested against lack of electricity and shutdown Shell Petroleum Development Company (SPDC) operations in Ogidigben because of the company’s inability to meet its obligations to contractors as a result of vandalism.

He insisted that if the power project comes on stream, it would check vandalism of gas lines “because people of the benefiting communities will see themselves as stakeholders, create surveillance network to protect the project and it will ultimately tackle illegal oil bunkering, pipeline vandalism, crude oil theft and sea piracy.” 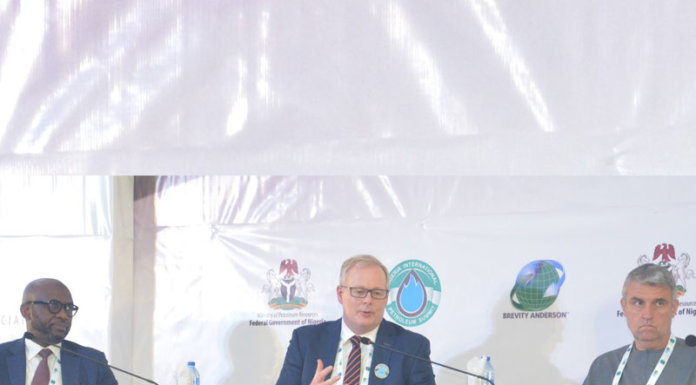