Hidden hunger, otherwise known as malnutrition, is a major challenge in Nigeria with thousands dying of the malady at the numerous displaced persons’ camps across the country. Crusoe Osagie and Ugo Aliogo examine the problem, efforts of researchers at HarvestPlus to tackle the issue, as well as a forthcoming food fair

The unsavoury statistics of 30 children dying daily at the IDP camps in Borno State was said to have recently unsettled President Muhammadu Buhari.

Although some politicians, mostly in the North-east, were said to have faced the wrath of the president after the startling discovery, the situation requires a bit more than getting angry to surmount.

In the 21st century, malnutrition stands as one of the vital issues confronting the continent of Africa and this is because the stomach may indeed be full, yet the individual is starving due to inadequate supply of nutrients to his body. And that is why the term hidden hunger is quite an apt description of malnutrition.

In Nigeria, as well as other nations in Africa, government policy formulation and implementation have invariably fallen short, leaving a large population vulnerable to hunger and indeed to hidden hunger.

In some cases, there are laudable blueprints developed by various governments, but most of them have not been matched with effective implementation.
Also, with a consumption pattern which places much emphasis on imported food and less of on locally produced ones, stakeholders in the agricultural sector are of the view that the potential of the sector are under utilised, judging from the abundance of arable land and the crop varieties available in the country.
They also advocate for improvement in the farming methods, seed varieties and increased involvement in the sector by every Nigerian to meet body nutrients requirements.

HarvestPlus, an International Non-Governmental Organisation (NGO) and research centre working to address the malnutrition challenge globally has been at the front of this campaign. In 2015, the organisation began its bio-fortification campaign aimed at ensuring that 15 million people in eight target countries are growing and consuming nutrients-rich staple foods. Nutritional data from Harvestplus indicate that bio-fortified foods can reverse iron deficiency; reduce the incidence and duration of diarrhoea.
In Nigeria, Harvestplus has worked to ensure that an additional half a million farmers adopted Vitamin A-enriched cassava in 2015, joining more than 2 million Nigerians who have access to the crop. Through public and private sector partners, they have produced more than one million bundles of Vitamin A cassava stems, sufficient to plant over 17,000 hectares of new fields. They have also strengthened the crop value chain by training more than 5,000 Nigerians on enterprise development, one-third of who invested in processing Vitamin A Cassava into popular local foods such as gari and fufu.

To further its commitment to fight malnutrition in Nigeria, Harvestplus will be organising the 2016 Nutritious Food Fair (NFF) with the theme; ‘Multi-sectoral Partnership to Promote More Nutritious Crops and Foods’. The fair will be hold at the International Convention Centre/Tinapa, Calabar, Cross River State from tomorrow, November 9 to11. The fair will feature 100 exhibitors, 5,000, 10 speakers and 10 countries. The fair is aimed at stimulating robust engagement around nutrition and food security, bringing together stakeholders in the agricultural sector, government agencies, Small Medium Scale Enterprises (SMEs) and other relevant stakeholders.
The fair will also increase the demand and consumption of more nutritious foods, promote investment in the nutritious food sector, strengthen partnership between public and private sectors, assess the progress recorded in developing more nutritious foods (by the industrial sector, research institutions and government policy) showcase opportunities for the youth employment in the nutritious food sector and recognise advocates in the agriculture for nutrition and Health sector.
There will be exhibitions of nutrient crop varieties, their food derivatives, commercially processed nutritious foods, local technologies for cassava and maize processing, cooking quiz and dance competition, 2016 awards to best farmers, processors, marketers and advocates; raffle draws and screening of award-winning movie-‘Yellow Cassava with special of some Nollywood celebrities and live performance by top musicians and comedians.

HarvestPlus has achieved tremendous success in Nigeria following its work with public, private sectors and stakeholders in agriculture sector. Statistics shows that over 1.2 million farmers are planting more nutritious varieties of cassava, maize and sweet potato across 24 states, while 500 farmers are investing in community based commercial seed production targeting Vitamin A Cassava and Orange Fleshed Sweet Potato (OFSP).
The organisation is also partnering with 5 seed companies in producing Vitamin A maize and distributing them through agro-dealers. They have also developed 25 food products with 10 commercialised, and have engaged 300 SMEs in vitamin A cassava processing into gari, fufu and flour confectioneries and complimentary foods for children. 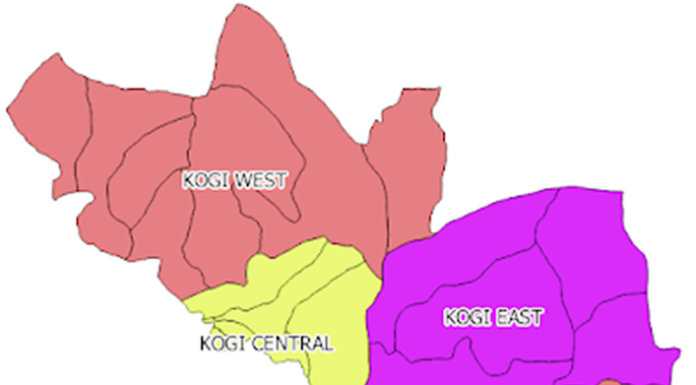