Determined to make Lagos State less dependent on federal revenue, the Governor, Akinwunmi Ambode has revved up his drive to make the state a premier investment destination by expanding opportunities and modernising its infrastructure.

Ambode on Thursday in Copenhagen, Denmark, met with the executive management of APM Terminals (Maersk Group), to advance talks on the Badagry Deep Sea Port which the state government is spear-heading.

At the meeting, Maersk Group was represented by Mr. Morten Engelstoft, CEO designate of APM Terminals. The governor expressed optimism that the $2.6bn Badagry Deep Sea Port Project would be a major turning point that will bring about global growth to Nigerian waters and by extension, the nation’s economy.

He spoke shortly after the meeting that the project would also complement the emergence of Lagos as the fifth largest economy in Africa.

He said the meeting, held alongside Chairman, APM Terminal, Apapa, Chief Ernest Shonekan, was the culmination of a process which begun as far back as 2012 and which has been taken on with renewed vigour by his administration and has thus resulted in this significant foreign investment estimated at over US $2.6billion into Lagos.

“This port and free zone, situated on over 1000 hectares is expected to be the largest deep sea port in Africa upon its completion. The project will include a container terminal, oil & gas services and a liquid bulk terminal, with general cargo and Ro-Ro facilities,” Ambode said.

The Governor while lauding the investors for staying the course with the project, expected to generate 500,000 direct and indirect jobs upon completion, pledged his government’s commitment to ensuring the interests of the host communities alongside a sustainable regeneration and urban renewal of the area.

Alluding to the fact that the project would be a major infrastructural development to the Badagry axis, the governor also confirmed that talks are well advanced to reach financial close on Lot 3 of the Mile 2 to Seme 10-lane highway expansion, saying that it would in no small way complement the ongoing Badagry Deep Sea Port Project.

He said the Lot 3 would run from Okokomaiko-Badagry-Seme, affirmed the commitment of his administration to providing an enabling environment for businesses to thrive in the State.

On his part, Engelstoft reiterated the Group’s commitment to the Badagry Deep Sea Port and assured the Governor that all business streams of the Maersk Group would be involved in ensuring the success of the Project.

It would be recalled that Ambode about three weeks ago in London, met with representatives of APM Terminals led by the Head of Africa, Mr. Peter Volkjaer Jorgense 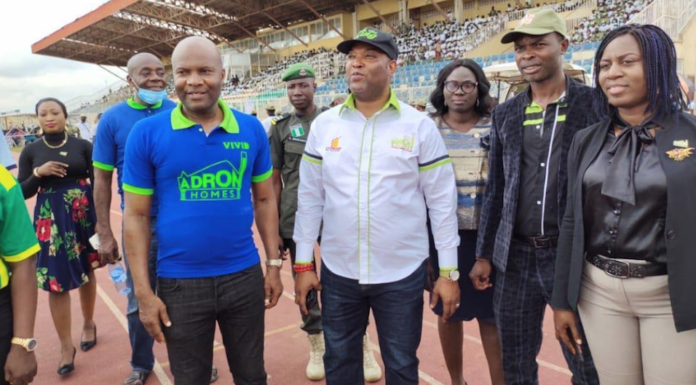