Members of the vigilante group of Emuhun and Ugoneki, and the family of the late Gabriel Okorare have called on the authorities of the Nigeria Police and the Governor of the Central Bank of Nigeria (CBN), Godwin Emefiele, to support the surviving family of Okorare, a vigilante member who was shot dead during the rescue of the CBN governor’s wife.

They also drew the attention of the Governor of Edo State, Adams Oshiomhole and his Delta State counterpart, Dr. Ifeanyi Kowa, as well as the Oba of Benin, Oba Ewuare II to the plight of the vigilante.

According to them, Gabriel Okorare, 64 years, a member of the vigilante of Emuhun, Ugoneki in Uhunmwode Local Government Grea of Edo State was killed during exchange of gun fire by the kidnapping gang that abducted the wife of CBN governor, Margaret Emefiele and two others while travelling along Benin-Asaba Express way.

Great Omoruyi, Chairman/Elders of Emuhun community in company of others and members of Okorare family, who disclosed this in a media briefing yesterday at the Nigeria Union of Journalist NUJ Press Centre, Benin City, lamented the abandonment of the deceased by the police at a mortuary in Abudu since the ugly incident.

Narrating their ordeal to journalists, Omoruyi said the late Okorare was a native of Oviore in Delta State, but had lived with his family at Emuhun community in Edo state for more than 25 years before met his untimely death.

According to him, “On the fateful day, September 30, 2016, an emergency call came from the senior police officer at Okhuaihe Police Divisional Headquarters, Edo State, calling on all the civil vigilante in Emuhun, Ugoneki and it’s environ seeking their kind support and assistance to rescue the kidnapped wife of the Central Bank of Nigeria (CBN), Margaret and three others said to have been kidnapped with her by the abductors.

“The police officer described the ugly and sad incident as an embarrassment to the Edo State Police Command and the nation, in general.

“The police further added that Mrs. Emefiele, was kidnapped by unknown gunmen at Ugoneki area while travelling along the Benin-Asaba Expressway. This emergency was responded to by all the civil vigilante members in Uhunmwode.”

Omoruyi further disclosed that Okorare was one of the vigilante members who responded by joining forces with the police, other security operatives and the police monitoring team from Abuja that combed the forest to rescue Mrs. Emefiele from her abductors, but was shot dead by the kidnappers in cause of exchange of gunshots.

“His lifeless body was recovered by the police who were equally involved in the same rescue operation and was deposited at Abudu Hospital mortuary.
“Since his death, the feeding/caring of the family have been a major challenge to the community of Emuhun particularly at this present economic recession, a situation that has forced the late man’s and children out of school,” the Emuhun Community Chairman stated.

He added that prior to the press briefing, Okorare’s death, report was lodged at the Okhuaihe Police Station and the family interviewed by the Edo State Commissioner of Police on the sudden death, but that till date, the remains of the deceased was still abandoned at the Abudu Hospital morgue.

Even at that, Omoruyi said the police commissioner who promised to convey the matter to the appropriate authority also failed to pay a condolence visit to the family of Okorare.
When contacted on phone, the Edo State Police Command Public Relations Officer, Stephen Onwochie, said he was in a meeting but never responded as at press time. 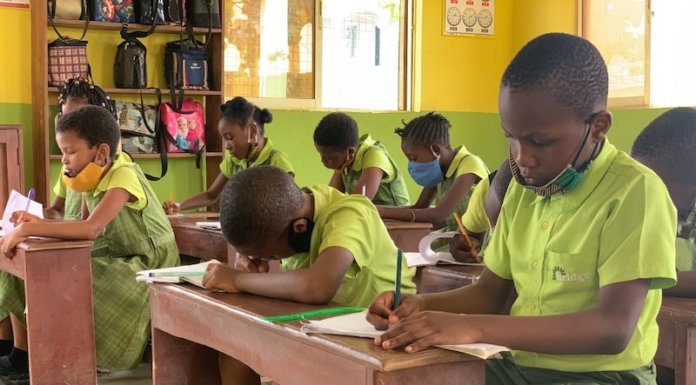