Having served at the highest level of authority, Florence Ita-Giwa thinks it is both wrong and misplaced to argue that demons reside in the nation’s seat of power

I feel that it is totally out of order in the wake of our civilisation to speak or associate our revered seat of power with demonism and diabolism as being peddled about now. Having spent six years working as Presidential Adviser to two former great presidents, Chief Olusegun Obasanjo and the late President Musa Umar Yar’adua, I feel I should use this medium to fault this erroneous impression being created even though, my opinion here is a product of personal experience.

It is very unfortunate that the seat of power of the most populous African nation like the Aso Villa would be so denigrated, thereby elevating non-existing spiritual forces as responsible for selective and few cases of illnesses and deaths that is not in any way related to witchcrafts or demons.

As far as I am concerned, the supernatural exists in people’s minds depending on their strength and state of mind, it is so easy to think that their presence is evidentiary but in reality, it is a matter of perspective or someone’s spiritual leaning.

Most supernatural events as far as I am concerned can be dismissed as hoaxes, fabrications or mysterious events or even malaria induced hallucination. Otherwise how will anybody at that level link a common fire outbreak in a flat, which at worse may have been as a result of an electrical fault or negligence to the manipulation of spiritual forces?
Due to the nature of my functions as a Presidential Adviser on National Assembly matters, which was most demanding and challenging because at that time, there was strict adherence to the doctrine of the separation of powers so there was need for very long meetings to convince legislative leaders at the embryonic stage of any policy.

As a result, there were many instances when I would have to leave the villa sometimes at 2am and even 3am, and I never experienced any confrontation or feelings of ghosts or negative forces as I walked through the quiet corridors of the villa to the car park during those hours.
Also, despite being hypertensive, there was never a single day within those six years that my blood pressure became unmanageable or put me in bed. On the contrary, I had a feeling of wellbeing which could be attributed to the fact that I loved my job and appreciated the opportunity to contribute my quota to the development of democracy and the nation.

This was also a period of time when everybody worked 24/7 round the clock as exemplified by former President Obasanjo, who enjoyed good health and over the period of that four years, there was never a day that I heard him complain of being unwell neither did I hear that any of the men that worked 24/7 lost any organ of their body.

I also did not hear that people like Ngozi Okonjo-Iweala, Oby Ezekwesili, Andy Uba, El Rufai, Professor Chukwuma Soludo, Hajiya Mariam Ibrahim and others experienced any strange encounter or illness either personal or within their families because these are people that worked round the clock with the president.

The few deaths recorded in Aso Villa were medically traceable and not as a result of some mystical powers. Cancers and other life threatening ailments are more often than not genetic.
With due respect, I am however in shock that the writer whom I have tremendous respect for as a frontline Journalist with sound mind can find a space in his mind for such thoughts in today’s contemporary world, where every human being is convinced that the only supernatural power in heaven and on earth is God and that presence of God that we all worship – both Christians and Muslims – had always prevailed in that villa.

That is not to say that people cannot momentarily feel unwell with the common stress induced symptoms and we all know that extreme stress and pressure can cause momentary loss of libido. So, would that mean that such person had been struck by juju? However, I find it entertaining that despite losing the whole essence of a man’s being those men did not resign and run out of Aso villa.

To be candid, I am very shocked that this matter is even being mentioned. But for the umpteenth time, I think that these claims are figments of the writer’s imagination. Aso Rock does not need any redemption and such should not be said of a sacred place that hosts world leaders. Nigerians have gone past such superstitions. We have passed that stage. It doesn’t portray us positively as a nation that is interested in making obvious advancements either in technology or any other strata of national growth.

In fact, there is remarkable religious tolerance in Aso Rock. The Muslims have their mosque where they pray and Christians have their chapel. Former President Obasanjo introduced early morning devotions before the start of each day perhaps as a way of showing gratitude to God and seeking God’s guidance in the enormous task at the time considering the fact that he miraculously came back to power after a long period of incarceration, although some individuals attended the prayer sessions so as to have some access to the president.

If there are witchcrafts or demons in Aso Rock, are we now attributing same to affecting Mrs. Buhari? I don’t think so. This brings me to the issue of the first lady, Mrs. Aisha Buhari. I do admire her from a distance. Her love and concern for her husband probably pushed her to grant that interview. But our dear first lady, in my opinion, once your husband has emerged as a presidential candidate of a serious political party that is likely to win election, you have lost him to that political party.

The moment your husband is announced winner of that election and now becomes president of the nation, you have lost him to the nation that he is now obliged to serve. At this point, despite all your contributions through campaigns, prayers and goodwill, etc, to that victory, your husband has been hijacked. The gladiators will now spring into action. In short, you don’t want to know what first ladies go through. Typical examples include loneliness and frustration due to non-inclusion in political issues and decision making.

Generally, first ladies are accepted as politicians during elections to campaign, which of course, she is obliged to, but after the elections, she is no longer seen as a politician and it might even be difficult to make inputs in political issues and as a woman. I feel her pains as this can be very frustrating. But first ladies do manage to bear these pains and sacrifices involved and ensure that the public is not aware. The public only see the glamour of being a first lady.

Also, on the issue of cabal, it is important in my opinion for us to note that presidents, through interactions and maybe long term relationships, identify those he can trust, those that share his visions and those he feels are totally committed to his success and these are the people we call ‘cabal’. There is no ‘cabal’. Every president comes with his ‘personal persons’ that represent his comfort zone.

In politics, there can be characters within the system that deliberately carry out actions that are counterproductive to the president’s success, which may be of concern to the first lady. Even within political parties, there are individuals who work very hard to ensure that their party does not win elections. There is no first lady that has not gone through what Mrs. Buhari is complaining about.

My advice is that first ladies should identify laudable charity projects that can impact on peoples’ lives or can reduce mortality rates, reduce sufferings and hunger. So she should please concentrate and take her charity project to the highest global level as she is doing now as this will leave an indelible mark and she will forever be loved and respected. She should not allow her family to be used for entertainment.

Finally, First Ladies should concentrate on their charity works, play that needed supportive roles to their husbands. We women should pray to God to give us the strength and courage of Hillary Clinton, who is bold enough to come out and aspire to be what her husband was (President of America). Probably, she quietly understudied him.
May God bless Nigeria and give us the strength and courage to survive these difficult times for it will all pass.

Quote
Most supernatural events as far as I am concerned can be dismissed as hoaxes, fabrications or mysterious events or even malaria induced hallucination. Otherwise how will anybody at that level link a common fire outbreak in a flat, which at worse may have been as a result of an electrical fault or negligence to the manipulation of spiritual forces? 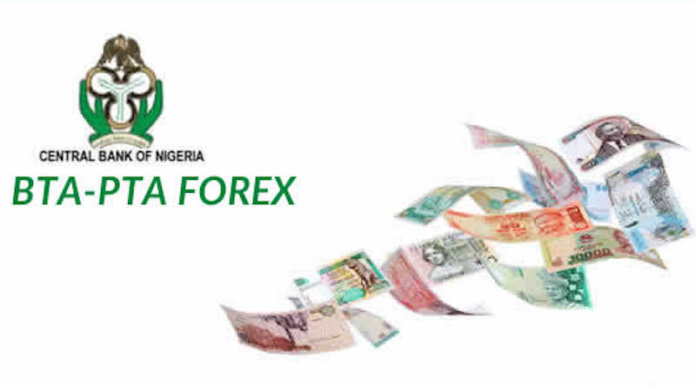