The value of currency-in-circulation increased year-on-year to N1.794 trillion at the end of September 2016, compared with the N1.679 trillion it was at the end of August 2016.

This was compiled from latest money and credit statistics posted on the Central Bank of Nigeria’s (CBN) website.

The data however showed that banking sector credit to the private sector decreased slightly year-on-year to N22.593 trillion at the end of September, compared with the N22.664 trillion it stood the previous month.

The central bank data also revealed that broad money (M2), which generally is made up of demand deposits at commercial banks and monies held in easily accessible accounts increased marginally year-on-year from N21.647 trillion as at August 2016, to N22.133 trillion at the end of September.

But narrow money (M1), which includes all physical monies such as coins and currency along with demand deposits and other assets held by the central bank climbed year-on-year to N9.949 trillion in the review month, as against the N9.125 trillion recorded the previous month.

Also, currency outside banks increased to N1.477 trillion in September, from N1.369 trillion as at the end of August.
Demand deposits, which are funds held in an account from which deposited funds can be withdrawn at any time without any advance notice to the depository institution increased from N7.756 trillion in August, to N8.472 trillion in the month under review.

The latest central bank’s money and credit statistics also revealed that quasi money, which is made up of highly liquid assets that can easily be reserves as reduced to N12.184 trillion as at September, compared with the N12.521 trillion the previous month.
Meanwhile, Nigeria’s external reserves reduced to $23.907 billion as at October 21, compared with the $24.420 billion it was as at October 4.

The CBN had disclosed in its second quarter 2016 economic report that at N21.425trillion, banking system’s credit to the private sector grew by 13.5 per cent in the second quarter of 2016, compared the previous quarter.

The development then was due to the growth in claims on the core private sector. Over the level at end December 2015, banking system’s credit to the private sector grew by 14.5 per cent, compared with the growth of 0.9 per cent and 4.3 per cent recorded at the end of the preceding quarter and the corresponding period of 2015, respectively

Also, at N24.318 trillion, aggregate domestic credit (net) to the economy, on quarter-on-quarter basis, grew by 7.3 per cent, compared with the growth of 4.9 per cent and 3.8 per cent at the end of the preceding quarter and the corresponding quarter of 2015, respectively.

Relative to the level at the end of the preceding quarter, foreign assets (net) of the banking system, rose by 2.8 per cent to N7.105 trillion at end-June 2016, in contrast to the decline of 1.8 per cent at the end of the preceding quarter. Furthermore, the development was attributed, largely, to the increase in foreign asset holdings of the banks, following the adoption of a flexible exchange rate regime. 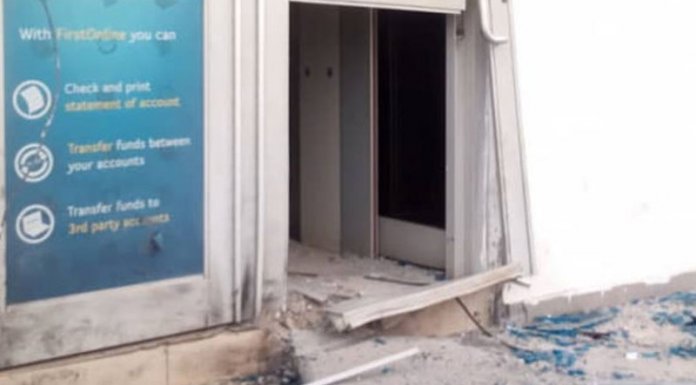