• Abia govt under fire for gloating over arrest
Ejiofor Alikei and Emmanuel Ugwu in Umuahia
Masters Energy Group has faulted reports last Monday’s invitation of the President of the group, Dr. Uche Ogah, by the Economic and Financial Crimes Commission (EFCC).

The spokesman of the group, Mr. Emmanuel Ihenacho, clarified in a statement yesterday that Ogah was never detained by the anti-graft commission.
Ihenacho said Ogah had gone to court in connection with the case between Mutass Limited and Masters Energy Oil and Gas Limited.

According to him, the court in its wisdom struck out the case on the ground that the charges against Ogah was preferred hastily without evidence.
Ihenacho however added that as Ogah was leaving the court premises, he was invited by the EFCC for a very brief chat on the issue, which he agreed, and thereafter was immediately allowed to go.

“The truth of the matter is that Ogah as a law abiding citizen, went to the court last Monday in connection with the case between Mutass Limited and Masters Energy Oil and Gas Limited. The court in its wisdom struck out the case on the ground the charges against him was preferred hastily without evidence.”

“The reports in the media of his purported arrest are totally misleading, mischievous and designed to smear his image and to distract and scuttle the political goals of Ogah. He will remain unflinching in the pursuit of those goals. For the avoidance of any doubt, Ogah was not arrested,” Ihenacho explained.

He argued that Ogah’s decision to attend last Monday’s court session was due to his firm belief in the judiciary.
“Ogah does not have a case that will warrant his being arrested by the EFCC. He has never been invited by the EFCC or any other security organ of the government for any crime or criminal activity. If there is anything, his brief interface with the EFCC yesterday vindicated him,” Ihenacho added.

He re-assured the public that there is nothing to fear as Ogah has not committed any crime against the land and urged Ogah’s teeming supporters to please discountenance the rumour of his purported arrest.

Ogah almost became the Governor of Abia State in June following a ruling by an Abuja Federal High Court, presided over by Justice Okon Abang, mandating the Independent National Electoral Commission (INEC) to immediately issue him Certificate of Return, having clinched the second position at the last Peoples Democratic Party (PDP) governorship primaries in the state.

The court also ordered the Governor of Abia State, Okezie Ikpeazu, to vacate office immediately for submitting false information to PDP, for the party’s governorship primary in December 20, 2014.
Though INEC obeyed the court order, the Court of Appeal upturned the lower court’s decision and Ogah took the matter to the Supreme Court, which is yet to deliver its judgment on the issue.

However, the state government yesterday came under fire for celebrating the brief arrest of Ogah, who was picked up by the EFCC in Lagos over alleged forgery for memorandum of understanding (MoU).

The state Commissioner for Information and Strategy, Mr. Bonnie Iwuoha, had in a news report monitored on state-owned radio station, BCA, promptly congratulated the EFCC for arresting the oil magnate, saying he should be held to account for his illegal business deals.

Speaking with journalists yesterday, the spokesman of Ogah Campaign Organisation, Chief Joshua Ogbonna, berated the state government for gloating over the arrest of the oil magnate, saying the action of the commissioner was “frivolous, premature and totally misplaced.”

He noted that the premature celebration of the state government was at variance with the long held Igbo ethos of being our brother’s keeper, adding that “instead of being our brother ‘s keeper those who are temporarily holding power are busy hounding and hunting down Abians.”

Ogbonna said it was a shame that instead of encouraging the likes of Ogah to come and invest in the state “they are busy mocking themselves” and celebrating an imaginary misfortune of a prominent Abia son.
According to him, the government of Abia State was in no way connected with the matter for which Ogah was arrested by the EFCC hence it would do them no good to celebrate, adding that it was not yet time for them to celebrate.

“Abia government has nothing to do with the case but they connived with the woman to petition the EFCC against Ogah and when the truth came to light the EFCC had no reason to keep him in detention and promptly let him go,” he said.

The Ogah Campaign Organisation spokesman added that it would do the state government a lot of good “to wait for genuine celebration as Abians are interested in the outcome of the matter between Ogah and Ikpeazu at the Supreme Court.”

He further stated that the celebration of Ogah’s arrest was diversionary as Abia people has myriads of problems that needed government intervention, adding that the state government should clear the unpaid salaries of its workers “who are now dying of hunger while a lot of businesses are closing down due to low patronage”.
Ogbonna pointed out that those rejoicing over Ogah’s travails actually feel threatened by the rising political profile of the oil magnet but unfortunately for them there was nothing they could do about it.

He said: The state government wants to undo a man that did nothing wrong. Government is expected to be he defender of all Abians irrespective of political leaning. Ikpeazu and his commissioner for information should keep their premature celebration until after the Supreme Court verdict to know whether to cry or celebrate.” 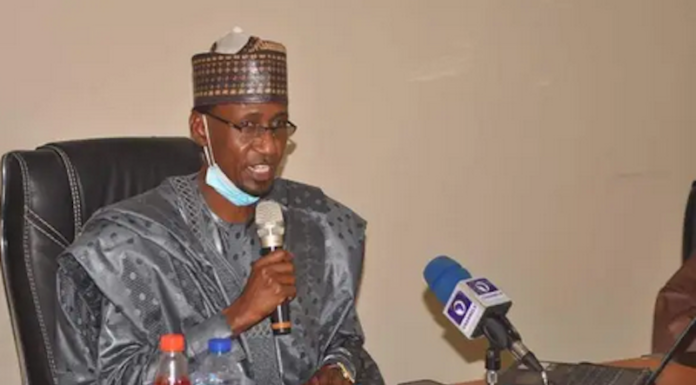