“The Man with the idea is the hero”
– Tom Peters, Management Guru

On the 29th of August 2016, the Finance Minister of the Federal Republic of Nigeria, Mrs Kemi Adeosun finally admitted that the Nigerian economy had slipped into a real recession, from the previously touted “technical recession”. She also lamented the precipitous slide to economic anomie, but unfortunately gave no new ideas for a quick exit from the economic doldrums and solace to the frightened populace, already battered by a series of fiscal and economic mishaps , inflicted by the actions and inactions of Government. Truth be told, the resource rich countries, especially those totally dependent on the sale of natural resources, without much value-addition, from Brazil, Venezuela, to the Middle East, Nigeria, Angola and even mighty Canada, are in the throes of a great economic reckoning, courtesy of the collapse of commodity prices, especially the price of crude oil.

That Nigeria was going to suffer the economic and social consequences of its perennial and almost unthinking dependence on crude oil sales revenues for its economic and even political survival, was always a fact lurking behind the shadows of its contrived “wealth” and rebased Gross Domestic Product(GDP), which elevated it to the pinnacle of African economies in 2014. A cursory look at the state of the national economy in the last days of the administration of President Goodluck Jonathan, would have shown a foreboding taste of the bad things to come. However, there was always a sense that the managers of the economy were quite confident about the way forward, through the looming dark clouds of economic decline, ensuing from the plummeting price of the commodity that has always held the incongruous assembly of antagonistic ethnicities and tendencies together , against all odds.

With the vastly experienced former World Bank Managing Director, Dr Ngozi Okonjo-Iweala, at the helm of affairs, ably assisted by a galaxy of international economic management stars – Dr Femi Adesina, formerly of the Food and Agricultural Organization, Dr Olusegun Aganga, ex Goldman Sachs Managing Director, Ms. Arunmah Oteh, ex African Development Bank, and a myriad of other players, there was always hope that we were in the hands of qualified and experienced ship captains that would surely sail us into safe harbour.

In spite of the open and sometimes nauseating corruption in the socio-political economy , there were mitigating ideas and policies that were designed to make the best of a bad situation – the Treasury Single Account(TSA) formulated to get control of Government revenue flows from Ministries, Departments and Agencies, the Integrated Personnel and Payroll system, which weeded out ghost employees, who had sapped the Government of billions of Naira in fictitious overheads, the Electronic Wallet system developed by the cerebral Adesina, to checkmate and ultimately destroy the Northern mafia alliance of Agriculture Ministers, ” Permanent” Secretaries, Directors and fellow travelers that ensured that Government’s agricultural programs did not yield any good results, because of the unbelievable corruption in the fertiliser subsidy program of Government, terribly abused by the foregoing dramatis personae.

In the automobile sector, a new policy was promulgated to ensure that Nigeria, which imported $5billion worth of automobiles in 2013, would transit to value-added assembly and ultimately manufacture of our great obsession, automobiles, usually and almost exclusively manufactured outside of Nigeria. Innosson Motor Manufacturing, Proforce, Ford Motors, Hyundai, Nissan, Toyota and a host of other manufacturers, promptly set up shop in Nigeria, leading to a mini boom in jobs, direct and indirect, in that very important sector of the Nigerian economy.

Rice production boomed and food import bills plummeted as the positives of the agricultural policies of Government kicked in. In the power sector, Professor Nebo finally delivered the power sector deregulation that is necessary to jump-start power sector expansion and the anticipated Great Leap Forward in industrialization, which is anticipated to, like it did in China, lift millions of people out of the debilitating state that is poverty. All this was done in a regime of currency stability and favourable hard currency inflows. We could go on and on about the liberating effects of Government policies steeped in and driven by the ideas that separate the gifted from the mundane, in the the management of the economy of a developing nation with serious economic and social problems.

Fast forward to Nigeria of mid to late 2015 and thereafter, in the wake of the ill-fated second term bid of the hitherto shoeless son of the Otuoke canoe carver, which ambition was totally unacceptable to local and international guardians of Africa’s perennial underdevelopment, a new Sheriff rides into town on a white horse, asserting his independence from those who wangled him into office, a patent fallacy, if ever there was one.

However, instead of heading into a shootout with the dying economy and with the assistance of a coterie of Sheriff deputies in the guise of ministers of the Federal republic, the new man in town set about castigating the very institution of deputising sheriffs that had always served the system well in a democracy. Calling them noise makers , he proceeded to, like Sheriff Doc Holliday of Tombstone, Arizona in the Western cult movie “Gunfight at the OK Corral” , fight the economic gangsters and gremlins alone, in a fit of hubris and sheer pettiness, to the apparent chagrin of the populace and increasingly, and perhaps dangerously, the power blocs that elevated him to a position that confirms the validity of the Peter Principle.

Today, we have a Government, run by, with all due respect, people, who while having intimidating academic credentials, have in reality no idea of how to use their knowledge to solve problems that pose a clear and present danger to the survival of the Nigerian economy, and by extension , the very fabric of national cohesion.

Instead of rolling up their sleeves, pulling themselves up by their bootstraps, the reluctantly deputized gunslingers of the APC Government , have regressed to blame games, ineptitude, fear, panic and sheer chicanery, in the face of a crucial battle for the soul of the Nigerian economy and the totally devastated populace, now wondering whether the promise of change was a continuation of the 419(obtaining by false declaration) business mentality of a certain genre of the ruling class. What they propound are promises of the ability to manufacture pencils by 2018 and import of elephant grass seedlings, originally sourced from Nigeria and genetically enhanced by Brazilians, from the land of the Samba , soccer and Zika virus.

In November 2008, the new US President, Barack Obama, inherited the worst economic conditions since the Great Depression of the 1930s, with banks and auto manufacturing industries, the Crown Jewels of the American economy, in ruins. He immediately assembled an Ideas Factory of financial, legal and manufacturing gurus, who went to work with the gusto of those who are gifted to solve problems and are acutely aware of their gifts and their responsibilities to the general population. Within his first three years, the banking and auto sectors had been sanitized with very few culprits going to jail.

In fact some of the culprits were conscripted to use their hitherto misapplied talents for the rescue mission. Glaring corruption and gross mismanagement were responsible for the 2008 global economic crash, triggered by the collapse of the too- big-to- fail centuries old Lehman Brothers bank; but instead of wasting precious time and resources on a contrived anti-corruption agenda and an assertion of high morality, Obama went into battle, hitting the ground running with the full retinue of Ideas Men like Ben Bernanke of the Federal Reserve Bank, Attorney General Holder, Chief of Staff Ram Emmanuel, Secretary of State Hillary Clinton and the rest of the cast of Super heroes of ideas and intellectual capital. As he is about to effectively leave Government in November 2016, President Obama can look back to a successful tenure in most aspects of American life, with the incalculable help of a supporting cast of people of ideas.

The foregoing foray into the successes of the ideas driven Government of Barack Obama and to a lesser extent that of President Goodluck Jonathan, is a rallying cry to President Muhammadu Buhari, to endeavour to assemble a team of ideas men and women and give them the respect and support they deserve in the quest to rescue Nigeria from economic angst and eventual oblivion. An American President once stated that “Men repeat history and then blame history for repeating itself.”

President Buhari, presided over an economic disaster in 1984/85, for reasons of hubris, asceticism and a resort to petty high morality in a contrived war against corruption and indiscipline, which saw his rapid demise as a political and military force.

He should, like Chinua Achebe’s proverbial man whose palm kernel had been cracked by a benevolent Chi(God), show some humility at being given a second bite at the cherry of political power and not repeat the mistakes of 1984/85. He should avoid, by all means possible, the historical opprobrium of the man who presided over the economic and social decline of Nigeria, even when given a second improbable chance, like another admirer and precursor, now ensconced in shameful solitude in a hilltop mansion in Ota.

The President can begin this journey, by giving genuine Independence to the fiscal, monetary, planning, petroleum, legal and other agencies of Government. This enabling Independence will ensure rapid decision making and therefore avoid the policy lethargy,somersaults and inconsistencies that have ensured the decline of the Nigerian economy and the current hopelessness pervading the national psyche. The input of genuine men of ideas is immediately needed, in order to avoid the national descent to socio-economic perdition and it’s unthinkable and unintended consequences.
Jon West,IDP Camp, Banki, Borno State.

Quote: The President can begin this journey, by giving genuine Independence to the fiscal, monetary, planning, petroleum, legal and other agencies of Government. This enabling Independence will ensure rapid decision making and therefore avoid the policy lethargy,somersaults and inconsistencies that have ensured the decline of the Nigerian economy and the current hopelessness pervading the national psyche. The input of genuine men of ideas is immediately needed, in order to avoid the national descent to socio-economic perdition and it’s unthinkable and unintended consequences 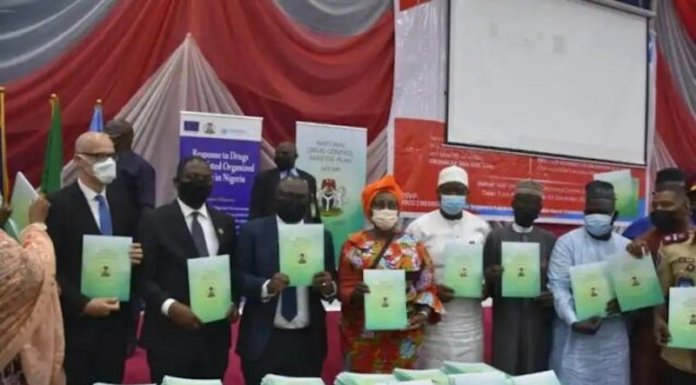