In recent times, the rate of maternal and infant mortality in developing countries is still alarming. Through its corporate social responsibility, Etisalat is demonstrating commitment to help stem the tide in Nigeria, reports Martins Ifijeh

Nigeria loses about 2,300 children under five years and 145 women of child-bearing age every single day, according to the United Nations Children’s Emergency Fund (UNICEF). This makes the country the second largest contributor to under–five mortality and maternal death rate in the world.

Additionally, death of newborn babies in Nigeria is said to represent a quarter of the total number of deaths of children under–five years. The majority of these deaths reportedly occur within the first week of life, mainly due to complications during pregnancy and delivery reflecting the intimate link between newborn survival and the quality of maternal care.

Although trends analysis by the UN agency indicate that Nigeria is making progress in reversing this ugly development, but was quick to add that the pace is not as fast as expected. Worried by this negative indication, stakeholders in the health sector and other concerned stakeholders are united in their opinion that urgent and drastic actions must be taken by both government and private sector organisations to reduce the increasing death rates among children of under-five years and expectant mothers in the country.

It is in addressing this trend that Etisalat, which launched into the Nigerian market eight years ago, has, through its corporate social responsibility, engaged in series of interventions, initiatives and partnerships with government agencies and non-governmental organisations to reduce the prevalence rate in the country.

Recently, the organisation made a donation of infant and maternal healthcare equipment to the Ondo State Government in partnership with Instrat Global Health Solutions.

The kits and equipment donated in support of the state government’s goal of delivering qualitative healthcare services to its citizenry, include 250 units of Mother and New-born Delivery kits, five units of ECG/EKG systems and trolleys, five units of laptop computers with interpretative software for the ECG/EKG systems, and 18 units of tablets for conducting fieldwork and research on infant/maternal mortality in the state.

Speaking while handing over the equipment, Director, Regulatory and Corporate Social Responsibility (CSR), Etisalat Nigeria, Ikenna Ikeme, affirmed the company’s commitment to the delivery of qualitative healthcare in Nigeria as a key contributor to human capital development. “We constantly seek to promote improved and healthy lifestyle within different communities across the country, and in the past seven years of our launch into the Nigerian market, we have aligned our health interventions with the Millennium Development Goals, so as to positively contribute to Nigerian government’s efforts in meeting the set global targets,” he said.

Ikeme said further that the organisation was passionate about reduction in infant and maternal mortality prevalence in Nigeria, and revealed that through its m-health initiative, it would significantly support efforts to control and eliminate maternal and infant mortality across the country.

Chairman, Ondo State Hospital Management Board, Dr. Niran Okunrinboye, who received the equipment on behalf of Ondo State Commissioner for Health, Dr. Dayo Adeyanju, commended the organisation for the support, and said they would positively impact on the delivery of better healthcare to infants and mothers in the state.

According to Ikeme, other health interventions by the organisation is the partnership in a consortium comprising Qualcomm Incorporated, Vecna Charitable Trust and Instrat Global Health Solutions, that has developed electronic medical record systems for clinics. Using the Etisalat 3G internet service, this, he said has been implemented in three states within the National Primary Health Care Development Agency (NPHCDA).

“The innovation has enabled midwives from the programme record patient data at the point of care, removing the toil of paper notebooks; and has also eliminated the requirement for regional health officers to travel around to review the accuracy of reports on data collated.

“Also as part of efforts to reduce maternal and child health, we have identified the role malaria plays in its prevalence rate in the country. Hence we started the malaria-free Nigeria campaign for promoting education and active action on the control of the spread of the disease. This is because malaria accounts for the highest death rate in Africa including Nigeria while the prevalence among children below five years and pregnant mothers is frightening,” he added.

He said under the fight malaria initiative, Etisalat has distributed several insecticide-treated nets to local government areas and secondary schools in different communities across Nigeria. As part of the strategy to sustain the initiative, the schools in which the insecticide treated nets were distributed have instituted in them Student Leaders Against Malaria (SLAM) Clubs with pilot in Kano State, in partnership with the Malaria Foundation International (MFI), and its Nigerian affiliate, the Society for Youth Awareness and Health Development (SYAHD).

He also noted that Etisalat has partnered with Malaria No More, the National Malaria Elimination Programme and the Federal Ministry of Health, to disseminate information on the prevention and control of the spread of malaria. “This partnership on the Malaria Free Nigeria – Play your part campaign, was done with the end goal of ultimately eliminating the malaria scourge from Nigeria,” he said. 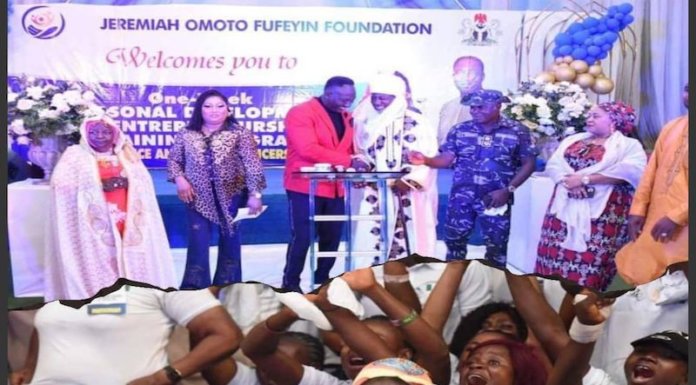