The need to acquire knowledge and develop the power of reasoning has made parents to believe that sending their children to private schools will translate to quality learning. Experts however think the school system should challenge students to achieve lifelong learning and that public schools should be better funded to enable them compete favourably with private schools. Funmi Ogundare and Esther Akintade report

The proliferation of high-fees private schools in the country has continued to generate concerns among some parents considering the harsh economic condition of the country. However, some of the parents who send their children to such schools don’t consider the cost because of the benefits they hope to get.

The falling standard of the public school system as a result of poor funding some experts say warranted the call for private participation and the deplorable nature of public schools led to the mass movement to private schools that charge high tuition fees.
It is believed that the expensive private schools offer enriched academic opportunities through the provision of exceptional and challenging educational experiences through extracurricular activities; advanced placement courses, and the international baccalaureate programme, as well as dedicated teachers and small class sizes to oversee the children’s weak areas and advance their strengths, among others.

However, with these benefits offered by these private schools, some stakeholders are of the view that parents need to identify the factors that would make a great school for the child towards achieving lifelong learning, and that public schools should be better funded so that the students can compete favourably with their counterparts in private schools.
The Executive Secretary of Lagos State Technical and Vocational Education Board (LASTVEB), Mr. Olawumi Gasper, argued that some expensive schools have one teacher delivering lessons in three or more subjects and obviously stretched.
He said though the learning environment of private schools and their ambience are satisfactory, they do not produce quality students that can work independently and face the real challenges of the world.
“We all grew up in rugged environments with the reality staring us in the face and with that, we were able to weather the vagaries of life. The essence of education is to develop the minds of the youths, it is not how expensive, but a system that will offer challenges to you early enough so that the best is distilled out of you.”
The Proprietress of the Coming King Academy, Ago, Lagos, Mrs. Helen Akintade, explained that parents don’t realise that education has changed drastically compared to when they were in school.

“Schools and class sizes used to be smaller, dropout rates lower, in-school violence almost unheard of, even then schools were far from perfect, but at least teachers and principals knew every student by name, something that is increasingly rare today. However the need to create private schools in today’s globalised society has increased.”
She said private schools expose students to certain things in the society socially, emotionally and physically which is what makes a child stand out. “Before deciding to have children in the first place, parents need to decide which school to enroll them in; make the right decision and you can put them on a path towards lifelong learning for a prestigious college education and a successful career.”

The Head, Department of Patrol Unit, Lagos State Ministry of Education, Mrs. Kikelomo Olawunni, a mother of four and a product of public school, said she enrolled two of her children in a public school, adding that private schools are no better than the public schools because “there are good, bad, indifferent and awful public schools as there are private schools too. What may be good for one child might be bad for another.”
She confessed that taking two of her children to public school was the best thing that happened to her, saying, “I got to know how good they are because there will be great competition among the students, even in a class of over 100 students.”
Olawunni said most people send their children to expensive schools not only because of quality education but also because of their social status, stressing that the Nigerian president, for instance cannot send his son or daughter to a public school because to some people, it is a place filled with unserious people and bad influence and to some, a place of discipline and quality education.
She said children vary in many ways and possess many qualities; wherefore their bodies, minds, emotions and spirits combine to make them unique individuals. “This mix affects the kind of environment in which each child learns best, but many of us feel at a loss to understand and respond to our children’s capabilities, needs and personalities.
“There are four major questions to answer as a parent before choosing a school for your children; firstly, what a child learns which include; basic learning capability, other capabilities and interest. These are aspects of the child that affect what subject and at what level of difficulty a child should be taught at school.
“Secondly, how your child learns which include his learning style, motivation, physical and mental health challenges, behavioral challenges, learning disabilities and disorders, as well as self-understanding.”
She said these aspects of the child affect how the school should teach and interact with each child inside and outside the classroom.
Social issues which the head of department said is the third factor include the need for social contact with particular friends from the child’s perspective, as well as practical matters which include essential extracurricular activities that may be compelling choice factors for some children.

“However, not every factor characteristics is important for matching every child to the right school, as a parent you will need to identify and decide which ones are really important for your child and after identifying these, you can focus on finding a truly great school for your child’s top needs.
Miss Blessing Okolie, a single mother and a teacher said schools differ, adding, “as a teacher for years, I have realised that it is not all about taking your child(ren) to a school but knowing the activities that take place there. She stressed that the best school to take children to is the less expensive private school.
According to her, parents enroll their children in expensive schools to show off, adding that all they are concerned about is the fun aspect “that is how they can travel to Ghana today and Canada tomorrow for excursion, but they are less concerned about the knowledge which is the main reason they are in school.”
She said she cannot advise parents to take their children to a public school based on her experience while she was still in school where teachers do whatever they liked, and taught whenever they wanted.

On his part, the Head, North Central Zone of the National Institute for Cultural Orientation (NICO), Mr. Ohi Ojo, said the issue of funding of schools is fundamental in evaluating the quality of education in general from primary through secondary to the tertiary level.
He observed that institutions ultimately desire profit, but the same cannot be said for public schools.
“One begins to notice the difference in recruitment of quality staff and equipment in both sectors. Whereas in the private sector, there is reasonable investment in the purchase of equipment that people can see, the same cannot be said of public schools. However, public schools have more qualified teachers because private school proprietors are not able to afford high quality staff.
“The irony of it is whereas in private schools, parents pay for books and other equipment necessary for imparting knowledge, many parents who send their children to public schools do not have the resources to pay. The result therefore is that students whose parents can afford to pay for books and other equipment perform better than students who have better qualified teachers but cannot afford to buy books and other equipment.
“That is why entrance into federal and state universities is more competitive than private universities. This is a fact. It is a natural consequence of what has been going on from primary school i.e. public/private sector funding which affects quality. If the public schools are better funded, their students will compete favourably with the private schools.”
A parent, Mr. Dayo Jagun stressed that expensive private schools do not mean quality education to students in those schools, saying that most teachers in private schools are not well trained and as such do not have the basic requirements in education to provide quality education to pupils.

He added that some teachers in private schools are not well paid and so are not committed to their jobs. “Some are paid as little as N10,000 per month in Nigeria where the cost of living is high. This affects their output in terms of teaching hence the morale of the teachers will be low and the pupils will be at the receiving end. Another factor is the environment where some of the so called private schools are located.
“Some are not well ventilated, while the location of some is not conducive for learning. I was shocked when some time ago I saw a private primary school inside the market. What manner of learning environment will that be? The environment will eventually affect the quality of education.”
Jagun added that most of the private schools are not approved by education authorities, saying, “it is unbelievable that most of them are always advertising their schools with ‘government approved’ tag in order to deceive unsuspecting parents. Even, some parents are not disposed to check whether the school has government approval to operate.” 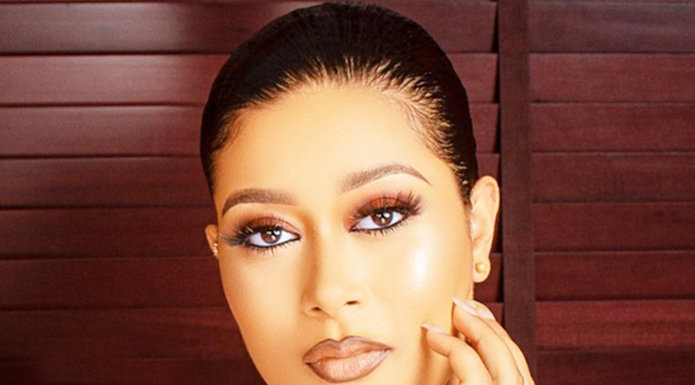