The Peoples Democratic Party (PDP) has said it has formally closed its official twitter handle @pdpnigeria due to frequent unauthorised tweets made on it.

In a statement issued monday by on behalf of the National Publicity Secretary by the Head, Publicity Division, Chinwe Nnorom, the party said it would henceforth operate on a new twitter handle, known as @officialpdpnig.

“I am directed by the leadership of our great party, the PDP led by Senator Ahmed Mohammed Makarfi, to announce the immediate closure of the party’s official twitter handle, @pdpnigeria and re-launch of another handle for effective use and control. The new handle is @officialpdpnig henceforth.”

The party said that the National Publicity Secretary, Prince Dayo Adeyeye is currently the chief spokesman and image-maker of PDP, in line with the party’s constitution. “Consequently, nobody is allowed to issue official statement or speak for and on behalf of the party except authorised by the party hierarchy to do so. The leadership warns that it will not hesitate to take disciplinary measures accordingly against any member that flouts this directive.

“This decision has once again become necessary due to the frequent unauthorized, and most times embarrassing tweets that emanate from the handle tweeted by the handlers claiming to represent the PDP. You will recall that the party had in the past, announced the shutdown of the handle on two occasions when hackers manipulated it to embarrass the party.

“Following these developments, the party hereby informs all its members, supporters, friends, the media and general public to ignore and disregard any tweet from the handle @pdpnigeria forthwith.

“In view of the above, the party has immediately re-launched a new handle,@officialpdpnig to form part of the social media platform of our great party for ease of communication, administration and control.

“In addition, the leadership has also frowned at the incessant and unauthorised statements that are being issued by some party members purported to have spoken for and on behalf of the party, the PDP. For the record, you may recall that the National Publicity Secretary on June 17, 2015 issued a statement titled: “PDP disown group over unauthorised statements on Buhari”; and urged members nationwide to desist from making official statement(s) on behalf of the party without authorisation.

“Also, the PDP hereby states unequivocally that the position of Director of New Media is non-existent and alien to the PDP Establishment Manual, and has not appointed Prince Deji Adeyanju as the PDP Director of New Media. For emphasis, social (new) media is one of the Units in the Publicity Division of the party and not a separate directorate, division or unit.

“However, the leadership welcome members and supporters who may wish to speak in their official or personal capacities to do so,but in tune with the party’s rules of engagement and interest on the subject matter under discourse to avoid speaking at variance with the party.

“Finally, the Party calls on all our members nationwide to unite and work together with the National Caretaker Committee in their quest to achieve harmony, rebrand, rebuild and revitalize the vision, mission and ideals of our founding fathers,” it said. 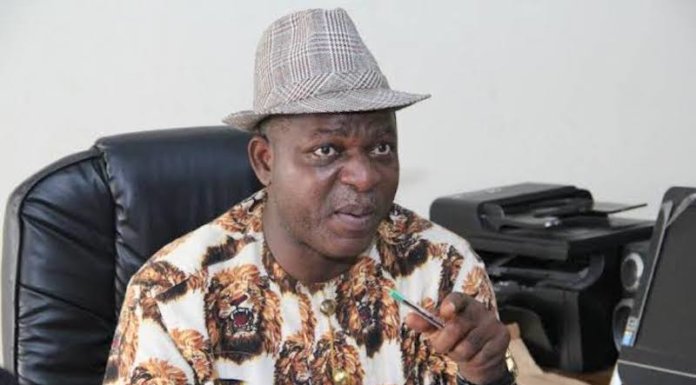