Four years after the federal government announced a roadmap for the development of the solid mineral sector, the Federal Executive Council (FEC) wednesday announced a new road map for the sector.
Also wednesday, the federal government approved the building of a new postgraduate hall for the University of Ibadan and a new library for the University of Lagos.

These were announced by the Minister of Information and Culture, Lai Muhammed, after the FEC meeting.
The information minister then called on the Minister of Solid Minerals, Dr Kayode Fayemi, who gave a fuller details.
Fayemi said the road map would lead to job creation in the mining industry and would also in the next 10 years contribute five per cent of the GDP.

He said: ”FEC approved the roadmap for the growth and development of the mining industry. What the roadmap seeks to do is to grow the contribution of minning to the GDP. On the back of the president’s vision to diversify the economy. It is to build on old roadmap of 2012.

“What distinguishes this roadmap is its determination to build a regulatory agency – an independent regulatory agency in the minning sector. Stakeholders have been insisting that the ministry should not also be the regulator of the industry.

“We will now have minining cadastral zonal offices which will issue the licenses together with the minning inspecting directorate, minning environment compliance unit as well as the neutical minning units.
“These are directorate within the ministry but will form part of the independent regulatory agency.”
Fayemi said the new roadmap also addressed the critical issue of partnership with states.

“Without a robust partnership between the two critical components of minning you are not going to make any headway.”
He said minning had not been thriving because of the tension between the federal government and states. To address this problem, he said minning cadastrail and zonal offices would also be created in the states.

The minister said: “In line with global standard, the roadmap is also to change the name of the ministry from Ministry of Solid Mineral Development to Ministry of Mines and Steel Development , which is what obtains across the board.”

He explained that the roadmap would also To make it easier for foreign direct investment into the country and that government would also improve on geo-science data gathering.

He said government recognised the fact that mining was about science and required a lot of research and had therefore agreed that a lot of money be put into exploration.

He said the roadmap also focused on financing the industry and that President Muhammadu Buhari would want mining to have access to the Natural Resource Fund of the Federation Account which is really meant for agriculture, mining and water resources.

He said mining had never benefited from the fund, which is similar to ecological fund 1.8 per cent of federation.
Fayemi said: “Another focus is to ensure that value addition is gradually being invested to and reduce the manner in which raw minerals are exported from Nigeria. It is to emphasise beneficiation and processing, so that what we produce is also improved upon before we embark on exportation. We also want to ensure it is utilised here. We have granite, marble, bitumen yet we import the bulk of those products into Nigeria because processing does not take place here

“The roadmap gives a sense as to how the country is paying attention to minning development which is more of an employment generator and wealth creator unlike oil, which recruits fewer people. We want to upscale it and improve the skills of the people, making access to finance available and making technology available to them.”
Also speaking, the Minister for Education, Adamu Adamu said the federal government had approved contract for the constructing international house for the University of Ibadan, which is a post-graduate hall, at the cost of N1.302,709,02.34.

He put the completion period at 44 weeks.
The minister also said approval was given for contract for the reconstruction of a new library for the University of Lagos at the cost of N1.935,135,87.35.

He said the library built in 1964, had not been expanded nor modernised adding that the new library would augment the old one.

The work would be completed in 64 weeks. Adamu said both contracts would be handled by a local contractor.
Also speaking, the Minister of Agriculture, Chief Audu Ogbeh, said FEC approved the renewal of a service providers for technology platform- e-wallet for the delivery of seeds and fertilizers and capturing database of farmers in every local government in the country.

According to him, the e-wallet is a programme of the administration of Dr Goodluck Jonathan under the current president of African Development Bank, Akinwumi Adesina, who was then the Minister of Agriculture.

Ogbeh said the programme ran very well in 2012 and 2013 but had few hitches as the ministry got involved in trying to select the providers. This, he said led to the figure of debts piling up to the sum of N67 billion.

He said: “Council today approved the extension by one year of the service provider. They will at the end of the year transfer all the data to an in-house group that will manage the system because the price is quiet high, so that we can keep on monitoring who gets what, at what price and we can also keep an eye on the cost.
The quotation by the company was N884 million but we bargained N380 million

“They will work with us for one more year, teach our people how to do it, domicile the data of farmers which is 20 million of them and continue to work on how to get agriculture inputs to farmers and keep away those who tend not to deliver but make claims.” 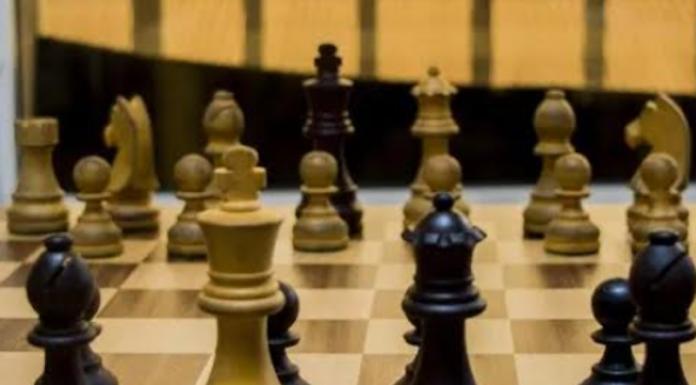