To manifest its seriousness, the group claimed responsibility for breaching of an Ogor-Oteri major delivery line operated by the Nigeria Petroleum Development Company (NPDC) and Shoreline Petroleum in Delta State.

“The NDGJM will no longer sit quietly watching the endless harassment of our people in various parts of the region by the Nigerian military,” it stated.
THISDAY checks however revealed that the said trunkline had not been in use for a long time and may not have any adverse effect on the economy.

The Urhobo militant group said it had once warned against the victimisation and harassment of defenseless people of the region, especially in the creeks, but rather than heed, the Nigerian military has increased its presence and made life more difficult for the people.
“They are now killing our people on the basis of mere suspicion, this cannot continue. With the launch of their ‘Operation Crocodile Smile’, the NDGJM is also serving a notice on the commencement of our ‘Operation Crocodile Tears.’

“It shall from now on be an eye for an eye; for every military atrocity carried out in the creeks and hinterland of the Niger Delta, the Nigerian armed forces will have the NDGJM to contend with.
“To this end, we are alerting all those working in the UQCC/UPS Erhomukokwarien in Ughelli, Eriemu Pigging Manifold in Agbarha, Otorogun Gas Plant, Olomoro Flow Station, Warri Refinery, Port Harcourt Refinery, Eleme, OB-OB and Obite gas plants in Omoku to evacuate because what is coming to those facilities is beyond what anybody has seen before.

“We do not want innocent blood being spilled, therefore, we advise all indigenes living in the vicinities of the facilities to relocate for the time being. “The world should, however, note that a bloodbath that is about to commence in our already beaten, battered, squeezed and impoverished homeland, the Niger Delta. “It is all the baby of the Nigerian government; they are the people who are in one breath preaching resolution through dialogue and also breathing bullets and bombs on a troubled, but trusting people.
“Hold the Nigerian president responsible for the genocide that his armed forces are about to unleash on our people,” it said.

The group decried moves by some elders and leaders of the region to put a pan Niger Delta body in place to speak on behalf of the area in any dialogue with the federal government noting that they lacked the morality to do such since they used previous opportunities to feather their nests.

“Recent developments around our region, especially as it concerns the issue of justice and our inalienable right to protect our heritage, have proven us right all along. Now it has become clearer who is serious about getting justice for our people and who has been using the name of the region and the destinies of all our peoples to feather their nests, raising dust merely to harass the Nigerian state and the oil multinationals into parting with money.

“Although some selfish machinery merely put together to achieve some pecuniary ends, has been parading in the name of the peoples of the Niger Delta, the NDGJM will not be derailed on its mission to getting justice for the people,” it stated.

The group said those who want to join the self-acclaimed leaders of the region to make quick money in the arrangement they had put together were free to do so, but it lacked confidence in the show they put together, calling it a pan Niger Delta initiative.

It said those people could speak for Ijaw nation, but certainly not all the nations in the region, adding: “When lines are blurred, justice is most likely to be miscarried. If there shall be a negotiation, it must be seen and indeed, must be in actual sense, representing all the individual nations of the region equally.”

The group added: “The drama that trailed the visit of some Ijaw royal fathers to the Minister of State for Petroleum, Ibe Kachikwu, in Abuja recently is the more reason why equity must be a factor in setting up a body that will dialogue on behalf of all the peoples of the Niger Delta.

“If the said leader could not respect the royal fathers of his ethnic nation, if he is lording his will over them, what chance do other nations have, which do not have adequate representation?”
The troops of the 4 Mechanised Brigade of the Nigerian Army have arrested suspected criminals and militants as well as medical outreach to various communities in the Niger Delta region of the country

The troops, Usman stated, have continued to carry out free medical outreach at Otonyasere Community in Sapele, Delta State, in which over 500 persons have so far attended including adults and children.

He said during the ongoing exercise, diagnosis were carried out, medication and drugs were given, some laboratory investigations were conducted out and blood pressure was checked freely to interested persons who thronged the area.

According to him, the medical personnel also gave health talk on good healthy living, HIV/AIDS, Lassa fever awareness and sensitisation and oral hygiene.

He recalled that the troops also carried out similar   exercise at Central Area at Otonloye Community near Olu of Warri’s Palace Delta State on August 29, 2016  and continued today.
He said: “It is expected that over 1,000 would benefit from the exercise in that centre alone at the end of the day.”

Usman said the troops while on patrol at Otefe, Ethiope West Local Government Area of Delta State on Monday,  responded to a distress call and “discovered that some criminals dressed in military uniforms, suspected to be cultists were harassing and intimidating the students at the area.”
“The troops promptly responded in record time and arrested the three culprits dressed in naval uniform. The impostors are currently undergoing interrogation,” he added.

In a related development, he said troops  have also arrested five suspects, (four males and a female) at Ozoro, Isoko North Local Government Area of Delta State same day.
He listed exhibits recovered from the suspects to include a locally made single barrel gun, some cartons and parcels containing wrapped substances suspected to be marijuana.

Similarly, he said that the troops also carried out a raid on suspected criminal hideouts at Urudhe and Ala Square, Ozoro community of Isoko North of Delta State yesterday, Monday, August 29, 2016.
During the raid, he said, the troops arrested three suspects; Messrs Noble Alaba, John Aidagho and Edejoro Joel.

According to the army spokesman, the troops also went further to raid another suspected criminal hideout, which happened to be the residence of Mr. Jesse Omuye (now at large), a notorious criminal in Irri community, Isoko area.

“The wife, Mrs. Jessy Omuye, who is also a suspected accomplice in her husband’s nefarious activities has also been taken in for questioning,” he stated.
Usman revealed that the troops also arrested one Mr. Ogbe Akbotu in possession of locally made single barrel gun, cartons and jerry cans containing substance suspected to be marijuana in powered form mixed alcohol, otherwise known as “Monkey tail” and six mobile telephone handsets. 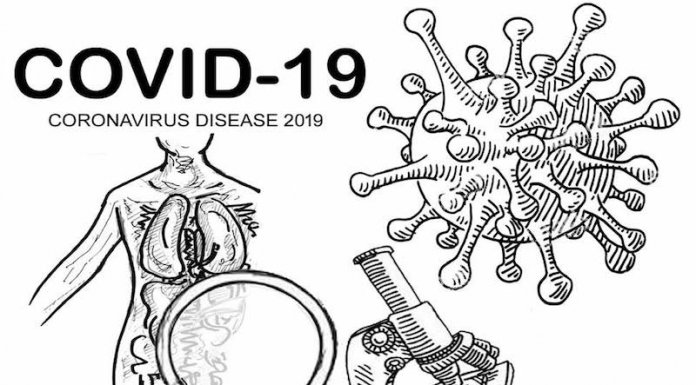