The 17th graduation ceremony of Global International College was more of a call to duty. Peter Uzoho who was there, reports that graduands were charged to impact their world

The hunger and longing to see young ones rise to become agents that would change the trajectory of the nation and impact on the world positively, was central to the farewell message given to graduating students of Global International College, Lekki, Lagos.

The 17thAnnual Graduation and Award ceremony of the school, held recently at the Redeemed Christian Church of God’s Hall, Lekki, marked the end of one year academic sojourn of Class of 2016, who joined the school a year ago for their International Degree Foundation Programme.

It was a day of joy, excitement and fun to the graduating students who have crossed another bridge in their quest for intellectual advancement. To their parents and guardians, seeing their wards scale through the one year programme without any ugly report, was a reassurance that their investment in them was not a waste. Equally, Global International College on their part could not stop holding their shoulders high for seeing their efforts yield positive results.

The ceremony commenced in its traditional manner as the graduating students adorning billowing navy blue academic gowns, with corresponding caps and shoes, beamed with smiles, gently processed in unison into the hall, while the high table members, also in their academic regalia processed behind them, as the guests admired in response.

Having settled down in their prearranged seats, the opening prayer was said, followed by the singing of national anthems. Four different national anthems were sung at the event. The Nigeria’s national anthem and prayer, the British anthem, the anthem of the United States of America and that of Canada. This was because, most of the out-going students would be leaving for those countries for their university education, and the countries’ representatives of the universities in Nigeria were present at the occasion.

Shortly after that, the Founder and Chief Executive Officer, Global International College, Mrs. Abolaji Osime, rose to deliver the welcome address. She seized the opportunity to inform the graduating students of the new stage they had moved into in their lives. Osime made them to be on the know of their new challenges and responsibilities as they were going to become students of different universities in the world.

“Nearly a year ago, most of you joined us on a journey and today, we’re gathering for your graduation ceremony which opens another chapter in your academic journey. A few months from now, you will become students of different prestigious universities all over the world,” she said.
“Dear Class of 2016, university education is quite different from the sixth form education you have just completed. Going to the university brings up new challenges, responsibilities and maturity.

You were once treated like children, but now you, will be treated as adults. The university environment is quite different from what you have been used to. You were born to be great, born to impact the world. Our world is desperate for the next generation who are determined to make a difference.

Reminding them of the lofty expectations of the country from them, Osime said “Nigeria is desperate for young hardworking men and women who will come back to change the trajectory of our nation. We need students that will stand apart to take on the crowd.”

She used the success stories of some accomplished stars both the indigenous and foreign, among whom is Linda Ikeji, to set as worthy examples, calling on the graduands to try to be like them, saying that they should be determined to make an impact while standing out from the crowd. Osime also encouraged them to take their spiritual lives seriously.

However, she reminded their parents and guardians who were present at the occasion to never forget their advisory and counselling roles on their children and wards. “Our dear parents, we have done our bit, it is your primary obligation to discipline your children, impressing God’s commandments upon them on a daily basis,” she added.

Similarly, Vice President, Digital Services and Chief Information Officer, American University of Nigeria (AUN), Yola, Mr. Julius Ayuk-Tabe, counselled the graduating students to be mindful of the choices they make in life, noting that the choice one makes would lead to a definite destination.
”In life, you make choices and eventually your choices make you. In many occasions in our journey through life, we come to crossroads. We are faced with choices, situations where we have to decide based on the options available. The choices we make will lead to one destination in life or a totally different place. Remember that society does not pay for effort, it pays for results. Results are the consequences of our individual decisions plus the complementary actions. Strangely but truly, indecision plus inaction also leads to certain undesirable results,” Tabe said.

Advising further, he said “Now there are no walls between you and the world wide web. You must be your own watch person. The internet is a very good place for learning, but if poorly used, it has also been a source of great grief to many families. You have to be responsible in the way you manage your life. Most of you will be leaving your families for the very first time after this graduation. Remember that freedom comes with a price.”

Stressing on the relevance of time management, he said, “Time management is the first major assignment that you young people we have to start doing from now. This is called the secret weapon of the rich and successful. How well you manage your time will directly determine how much you get done each day. Spend your time judiciously. Some friends can lead you to the high places of life; others can drag you to its bottom.”

In his seemingly philosophical tone, Tabe added, “Ultimately, who do you become? Start your journey with the end in mind. It is not the length of your stay here that should matter; it is the quality of that stay and the impact you make in the people with whom your paths cross. The brevity of life is its greatest surprise.”

Meanwhile, the valedictorians who have been well groomed and nurtured within the last one year by the school, in turn proved the stuff they were made of as they presented speeches that earned high ovation. First to endear himself to the audience through his sound speech was Chinedu Odibelu, who was crowned Best Student in the A- Class. Odibelu who has already been admitted into the New York University to study Medicine was described as the whizkid of Global International College.

He began his presentation with a poser “Success, achievement, greatness; what are these things and how are they attained?” He asked. He said he was “going to the university to learn and to be able to make great impacts like Alexander the Great and the like, who made great things while they were young.”
Another valedictorian, Miss Dambo Ayebabomo, displayed an extraordinary confidence and composure during presentation which earned her profuse cheers from the audience. “There are two fundamental equalisers in life; the internet and education,” she said. According to her, marrying the use of internet with education makes learning easy.

Commenting on the impact the school has made in her life, she said, “This is the best form of education I have ever experienced. It has improved certain skills in me such as; independent work, responsibility, collaboration, initiative and self-regulation. They have been very relevant in my God-designed brain,” Ayebabomo said.

Speaking on how to be successful, she said “You can only be successful by making a difference and by leaving a worthy footprint in the sands of time. When you step into the world, be an epitome of success,” she added.

The last but not the least to startle the guests with a thought-provoking presentation was Master Damilola Ladipo whose ambition is to become a world class architect that would revolutionise the architectural design of Nigeria. Ladipo attributed all they were able to achieve in the school to the brilliant tutelage from their teachers.
“During the nine months here, we’ve been nourished with sound knowledge, skills and lots of ideas by our lecturers,” Ladipo said.

He used a quote to underscore the relevance of teachers in the society. “If a doctor fails to do his job a patient dies, but if a teacher fails to do his job a generation dies,” he cited.
Advising his fellow graduands on the truth about success, Ladipo added “Don’t aim for success, rather just do what you love and do what you believe in and success will naturally locate you.”
In the end, all the graduating students were conferred with awards for their hardwork, academic excellence and good character.

A total of 60 students in the class of 2016 graduated from the International Degree Foundation programme of the school. Of this number, 59 had already secured admission into different prestigious universities all over the world, mostly United States of America, Britain and Canada.
Global International College is a strong purpose-driven preparatory school committed to the provision of a safe and happy environment where students from all backgrounds learn rich and integrated curriculum, building Christian values, excellent education, and leadership skills for development of global leaders. 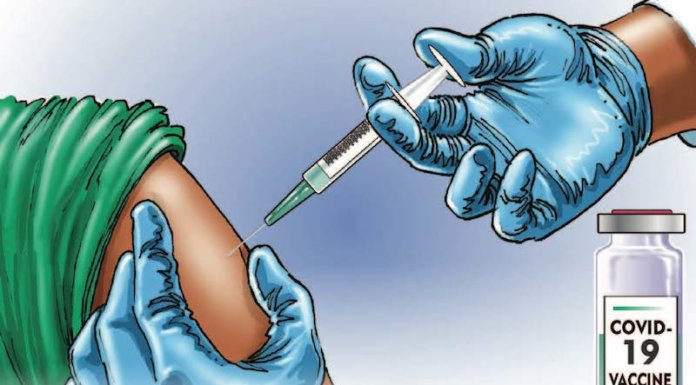