The South African Tourism West Africa Trade Workshop held recently in Lagos was a major marketing campaign platform aimed at increasing tourist arrivals from the West African region. The high-profile guests and stakeholders from the travel and tourism industry converged on the Federal Palace Hotel & Casino Lagos, venue of the Power Breakfast Dialogue and Trade Workshop to discuss, network and promote South Africa as the choice destination for West Africans. Omolola Itayemi reports

The South African Government has said it must align its efforts in critical areas such as expanding air connectivity and tourist friendly travel facilitations. As part of its three city road show in Nigeria, where Lagos, Port Harcourt and Abuja were slated to feel the impact of the rainbow nation; the South Africa Tourism board was at hand for the Lagos edition which rallied travel and tourism trade buyers to a day trade session. The aim of the workshop was to equip the West Africa travel and tourism trade to effectively sell holiday travel packages to South Africa. The workshops are hosted in partnership with NANTA & NATOP in Nigeria.

The session which lasted for hours displayed a broad spectrum of packages and offers for business and leisure seekers in and around the nine provinces in South Africa. Taking turn to visit each table at the event, the South African team displayed a range of spectacular and sophisticated products and services that make one see things in a new way. The team took time out to give a person to person presentation of different offers which include hotel brands, destinations’ products and services as it appeals to and inspires individual, group or family.

SAT also used the road show in Lagos to honour SA Specialists graduates with certificates for their successful completion of online specialist modules. As part of the programme, five lucky SA Specialists graduates, in a raffle draw won an all-expense-paid trip to experience the sight and sound of the hospitality of the rainbow nation. For the best dressed tradition attire category, a female and a male participant emerged winners and both will be joining other SA Specialists on an all-expense-paid trip to South Africa.

Facts made available at the event include statistics – The South African Consulate issued 133, 114 visas to Nigerians between January 2013 and June 2015. According to the envoy, visas issued to Nigerians visiting South Africa in 2013 were 59657; 48289 in 2014 and 25168 in 2015 alone. So far, successful visa applicants in the country have spent over N2 billion on the procurement of the South African visas in three years.

The session also availed participants the privilege to be informed about the debut of Essence Festival in Durban in November 2016.

For well over two decades, the Essence Festival has established itself as a must-attend event that draws more than 450,000 attendees from across the globe to New Orleans, year after year. The multi-day entertainment, empowerment and cultural event has an economic impact of more than $200 million on the local economy and now Essence is expanding the franchise internationally.

Signing a three-year partnership with eThekwini municipality, Essence Festival will not only take place in New Orleans over Fourth of July weekend (June 30- July 4) but also in its sister city of Durban, South Africa in 2016 and 2017. Essence Festival Durban will follow a similar format of the annual New Orleans event, presenting international performers and speakers to entertain and inspire, as well as a host of local artists and experts.

The multi-day event will bring exciting and informative ideas to equip small businesses through empowerment seminars across various sectors, including career guidance workshops and other empowerment initiatives aimed at the youth. A number of women-owned businesses will also be selected to trade at the Durban edition of Essence Festival, which will boost their profile and drive sales for the company

South African Tourism Regional Manager (West African) Mr Lehlohonolo Pitso, speaking at the event, reiterated the need and expansion of trade workshops and road shows into other cities in West Africa: “This is the first time South African tourism started expanding into other cities. For the first time, we are actually doing five cities in West Africa. In Ghana, we did Kumasi and Accra. In Nigeria, we are doing Lagos and then we proceed to do Port-Harcourt and Abuja. This is good for us, is time we expand, because we have been promoting South Africa as a preferred destination in these two cities, Accra and Lagos for the past 10 years or so. We realised that there is much potential for us to start infiltrating other markets as well.

“Very soon, probably in the next two or three years, we will be expanding into the Franco phone West African countries, because we also see potential there. So it has been very good for us. If you look at the turn out in Kumasi, we are expecting just a little above 50 agents, but we had a little above 100 that came. We also had over 12 media partners that came. So, it showed that they are hungry for the information, so that they will be able to know and sell South Africa.”

Speaking further on the collaboration between the two countries and future plans of the tourism agency, Pitso said: “what we have also done is to try and integrate South African products that come into the system. We take them around to also see what Nigeria has to offer. In each of the cities we are going, we are going to do a city tour, remember part of the SA products that are here include the tour operators as well, so is an opportunity to cross sale.

“On future plans, we are looking at other opportunities. About a month ago, I was in Kano as well, I was invited by the South African Airways to come and address the travel agents and tour operators there. So, we are always looking for platforms where we can engage as much travel agents as possible because one thing we have recognised is that the travel agents are the blood line, the life line of tourism. You can also get consumers who think that they can coordinate their own travels, which they can because internet has made everything accessible these days. But there would be a time you may run into problem, like for example, let’s say you are traveling and you miss your flight, that process of trying to change your flight becomes a difficult exercise, you have nobody who actually got the skills to help you search for cheaper flights here and there; so there are certain things one need to consider.”

Also at the workshop, Regional Director for Africa, South African Tourism, Evelyn Mahlaba, noted that the bulk of the successful visa applicants were visitors from the age category of between 25 years to late 30s. She also said that tourism in South Africa contributed no less than 9.4% to GDP in 2014, and more importantly, one in every ten jobs is supported by tourism.

“However, tourism growth should not only be measured by the numbers of domestic tourists or international arrivals. Tourism growth has to be environmentally and socially sustainable. And it has to be inclusive growth. To achieve this, we must bring more marginalized communities into the tourism mainstream,” Mahlaba said.

She observed that Nigerian arrivals to South Africa were attracted by the country’s value for money tailor-made tour packages, well-developed tourism facilities, quality accommodations in its over 5,253 graded hotels and resorts, efficient transport systems, beautiful landscape and exuberant culture among others. 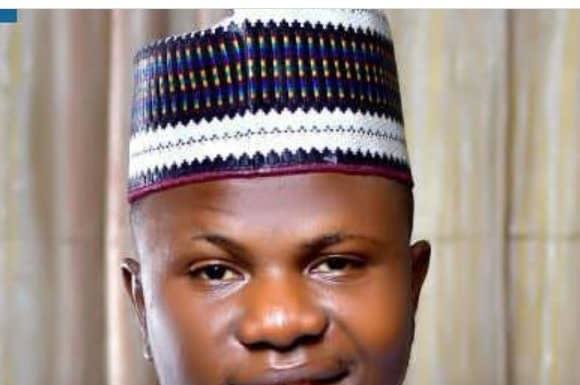