To complement the efforts of the Federal Government in attaining Goal four of the Sustainable Development Goals (SDGs) which harps on quality education, the Junior Chamber International (JCI), Abuja Unit has donated a block of two classrooms, learning materials and furniture items to L.E.A Nomadic Primary School, Dutse Sokale, Abuja.

Speaking at the handover ceremony, the 2016 President of JCI Abuja Unit, Mr. Sylvester Oshode said the reason behind the intervention programme, which was done in collaboration with Books and GEMS Initiative, and SAM Empowerment Foundation, was aimed at improving the standard of education at the primary school level.

He noted that the intervention made would ensure an increase in the standard of early child care education in the school, adding that the pupils of the school would graduate into the primary level in a better fashion.

Oshode stated: “The reason behind the programme is for us to key into the SDGs goal number four which talks about quality education. We notice there are gaps of facility and learning materials in this school, we came in to do our own quota to better the lot of these children and to improve their learning condition.”

‎He explained that JCI identifies the community that is most disadvantaged as the main criteria used in identifying the school where the project would be carried out.

“JCI usually looks for disadvantaged communities to make her impact. We believe that these are people whose plight should be brought to the fore and we are just standing as the middlemen to bring the challenges of this school to the fore,” Oshode noted.

He revealed that other school intervention they had embarked on this year include, planting of over 100 trees at Government Secondary School, Gwoza, Abuja.

The Headmistress of the School, Mrs. Chinyere‎ Nwayawu commended the effort of JCI for coming to the rescue of the school at such a critical time.

“They have given us a surprise no one has given us ever since I came as headmistress in this school. It is a timely intervention because the building is about collapsing and to the glory of God they came at the peak of time, they renovated and beautified it.

“I am asking for more structures; if they can just give us a block of two classrooms it would be more wonderful, because some of the children we combine them in one class like primary 5 and 6 are in a class‎; Early Child Development Centre (ECC) and primary one are in a class and it is not supposed to be so. If they can just help us with a classroom, we will be more appreciative,” she added.

The headmistress said though they had written to the appropriate quarters not once, and not twice, but nothing has been done, despite their promise to see to the needs of the school.

Meanwhile, the project supervisor, Mr. Daniel Johnson ‎noted that the renovated classroom was already falling apart when the school sought for help, stressing that the inhabitable condition of the classroom spurred them into action.
“What you are seeing here should be a model to every public school. We also donated instructional materials, textbooks, exercise books, and furniture,” he also stated. 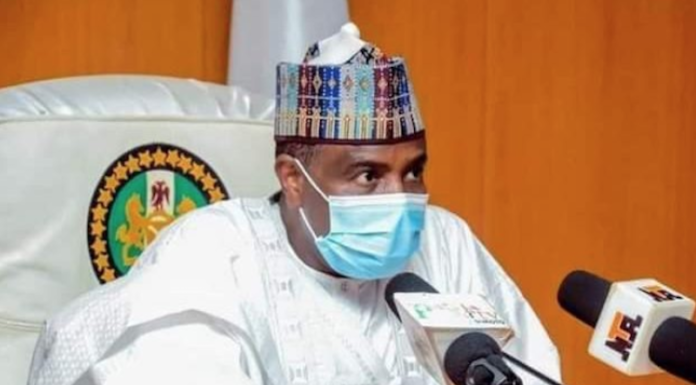