Appearances are deceptive; there were daggers in their smiles. The day was enshrouded deep in doubt; Willie Obiano, the executive governor of Anambra State, and former governor, Peter Obi, two storm riders, estranged associates, political foes, in one grand public ceremony, certainly cut a torrid portrait of gossip and intrigues for the high society rumour mill.

But contrary to widespread fears of a possible blowout between them, the two top politicians made a public show of sheathing their swords to fraternise at the burial of late Very Rev. Fr. Chukwuemeka Nichola Tagbo at the Christ The King College Onitsha. Nobody knows if there was a sneer hidden in the smile that they exchanged with each other at the behest of Willie, but everybody knows that for the sake of the late Reverend Father, they swallowed their scorn for each other to exchange pleasantries and idle banter. Since Willie’s victory at the last gubernatorial polls in Anambra, they both nurtured a frosty relationship.

Both men ditched the comforting camaraderie they fostered touring the length and breadth of the state while they canvassed for votes for their party, to engage in a wily, no-holds-barred test of political will and might. Interestingly, however, according to a report, Gov Obiano apologised to Peter Obi after he delivered his long speech and Obi got up from his seat and embraced him. Yes, they kissed and made up. However, whether the pleasant exchange between them was indeed real or fashioned for the camera will be known in a couple of days.

WHY CAVERTON BOSS, REMI MAKANJUOLA, IS DEJECTED
Remi Majekodunmi has gotten to that threshold in a man’s life when brooding tragedy and its dark shadows can only be lightened by recalling great moments of the past. His company, Caverton Offshore Support Group, recently reported a N2.422 billion loss which was not unconnected with the devaluation of the naira. It is for this sad reason that he is down.

The impact of Naira devaluation against the US dollar is no doubt devastating on him thus he is despondent, unsure and wary of what lies ahead. Remi, like the proverbial yo-yo, is manipulable and subject to the whim of gravity and the arbitrary string of fate. Caverton, provider of marine, aviation and logistics services to local and international oil and gas companies in Nigeria, last week reported a loss of N2.422 billion for the half year ended June 30, 2016, compared with a profit of N1.093billion in the corresponding period.

The company had sent a profit warning saying it would report lower earnings for the H1 of 2016. More mischievous elements in the industry are spreading malicious gossip that the Caverton boss might be unable to recover from his current fiscal catastrophe anytime soon. But sources loyal to Remi have dismissed their insinuations as arrant nonsense. According to them, Remi will bounce back and recover his loss in due time.

AS NIGERIAN RICH MEN CONVERT PRIVATE JETS TO COMMERCIAL USE…
Beneath the oily faces and deep pockets of many oil marketers these days, now lies an excruciating pain that is threatening to conflagrate and run them under unless a miracle happens, and very fast too.

In fact, these are really troublous times for oil marketers, no thanks to, in recent times, the slide of the naira in the Forex market, global economic recession that has affected the price of crude oil and most importantly, the high lending rate. In even more severe cases, banks are not giving oil marketers, majority of who are indebted to them, a respite at all. So bad as the situation degenerated that top marketers in the country are selling off their properties to offset bank loans and other such facilities.

While some are fighting tooth and nail to weather the present economic storms, other are smartly cutting corners with their private jets. Owners of these expensive toys of status symbol are flouting the aviation sector’s rules and regulations by deploying these jets for commercial purpose against exclusively private use for which they were originally acquired.

Many rich men have converted their jets to a commercial venture, trying to shore up their fast depleting oil fortunes, occasioned by the steep in global oil prices. Aside the distressing state of Nigerian economy which has humbled even the wealthiest, luxury goods like private jets incur more charges in form of taxes and they cost a fortune to maintain. Stay glued for the list of rich men who have turned their jets to commercial planes. 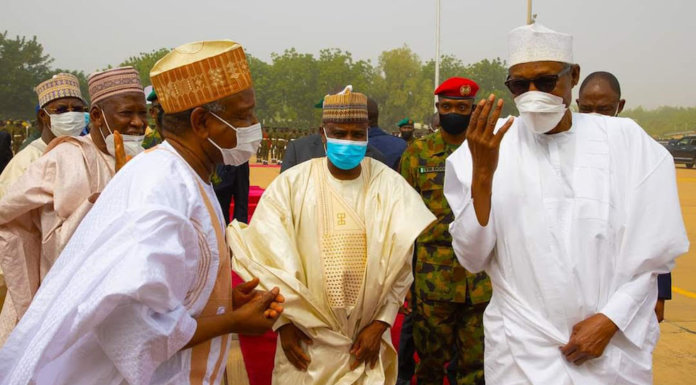