Ernest Chinwo in Port Harcourt and Senator Iroegbu in Abuja

The Management of Indorama Eleme Fertiliser & Chemicals (IEFCL) Ltd has refuted allegation by the National Security Adviser (NSA), Maj-Gen. Babagana Monguno (rtd) that the company and another fertiliser firm are sabotaging national economy and security through their export of fertilisers at the detriment of farmers in Nigeria.

The company stated that all its domestic supplies to customers so far were in accordance with the approval of the Office of the National Security Adviser (NSA) and the Farm Input and Supply Services (FISS) department in the Federal Ministry of Agriculture and Rural Development.

“Indorama Eleme Fertiliser & Chemicals Limited (IEPL) and its sister companies in Nigeria are not, and have not, and would never be directly or indirectly involved in any activities to undermine or sabotage the economy or security of the nation,” the company stated.

The company, in a press statement issued in Port Harcourt and signed by the Head of Corporate Communications of IEFCL, Dr. Jossy Nkwocha, noted that its brand-new world-class fertiliser plant built at a cost of $1.5 billion – one of Nigeria’s largest Foreign Direct Investments (FDIs) in the downstream sector – started pre-commissioning production only recently at only 75 per cent capacity, and in the past one month has been giving priority to the domestic market.

According to the statement, “the plant is still awaiting official inauguration. Our brand-new fertiliser plant has capacity for 1.5 metric tonnes of fertilisers per annum which is designed to serve Nigeria’s entire domestic requirement and the surplus is for export markets.

“However, our primary focus is to serve the interest of our domestic market and this we have been doing with great sense of responsibility and commitment to the Nigerian economy.”

He also said, “It is also a matter of national pride that the surplus production would be exported to enable the generation of foreign exchange for the country at this time of huge deficit of foreign exchange; as well as branding Nigeria’s global reputation as producer and exporter of petrochemicals and fertilisers, thereby encouraging more foreign investors to come and invest in Nigeria.”

Nkwocha stated that IEFCL has been loading and distributing an average of between 90 and 100 long trailers of fertilisers, each carrying 600 bags of 50kg each, totalling over 57,000 bags of Indorama Urea fertiliser daily over the past one month for the benefit of Nigerian farmers across the country.

“Indorama-Nigeria is 100 per cent committed to the growth and development of the Nigerian economy; and has in the past ten years demonstrated such total commitment and loyalty by providing more than 85 per cent domestic needs of polymers which were hitherto imported into the country at huge foreign exchange cost.”

Indorama said as a responsible corporate organisation, it was constrained to state the facts for the benefit of the Office of the National Security Adviser (NSA), the Federal Government of Nigeria, the international partners, other critical Stakeholders and the general public.

Indorama noted that it was greatly embarrassed and distressed that the publications gave misleading impression that the two fertiliser companies were sabotaging national security by distributing fertilisers within the country, which were being used by some undesirable elements to make explosives.
“The publications further mentioned an unnamed organisation involved in commercial explosives and accessories whose activities were sabotaging national security”.

“This mix-up has caused great embarrassment and distress to our company, which over the past 10 years has the unblemished reputation of adding great value to the Nigerian economy and society,” it said.
The company restated its total commitment to the economy and security of the country, especially in ensuring that farmers across the country have unhindered access to its high quality urea fertilisers.

It also expressed readiness to collaborate with the office of the NSA and Federal Ministry of Agriculture and Rural Development to ensure that all identified concerns about availability of Indorama fertilisers by farmers and dealers were addressed as quickly as possible.
Indorama said it would continue to work with federal government regulators to achieve its vision of building the largest petrochemicals and fertiliser hub of Africa with a cumulative investment of $4.32 billion by 2020.

The statement added that in the past ten years, Indorama-Nigeria has been a responsible corporate citizen, reputed for its excellent Public Private Partnership (PPP) – sharing its wealth/dividend with shareholders including the federal government (through the Nigerian National Petroleum Corporation and the Bureau of Public Enterprises), Rivers State Government, and host communities and Nigerian employees.

The company said it has also created over 7,500 jobs, as well as engendered numerous Corporate Social Investment (CSI) programmes that impact very positively on its host and transit communities in Rivers State.
Monguno had on Thursday indicted Notore Petrochemical and Indorama Eleme Petrochemical, which are the only two fertiliser firms in Nigeria, of sabotaging national security and economy by being a conduit through which the insurgents, especially the Boko Haram terrorists and Niger Delta militants obtain explosive materials used in wreaking havoc across the country.

The NSA made this startling revelation when he met with the representatives of local manufacturers of fertilisers, and warned that the Federal Government would no longer tolerate a situation where by the security and economy of the country is being threatened by “unpatriotic” actions of the fertiliser companies, threatening to close them should the seemingly acts of sabotage continue.
The security chief, who did not entertain any refuttal from the companies, also read the riot act to any companies or individual engaged in economic, business or commercial activities linked to the dissident groups operating within and outside the country. 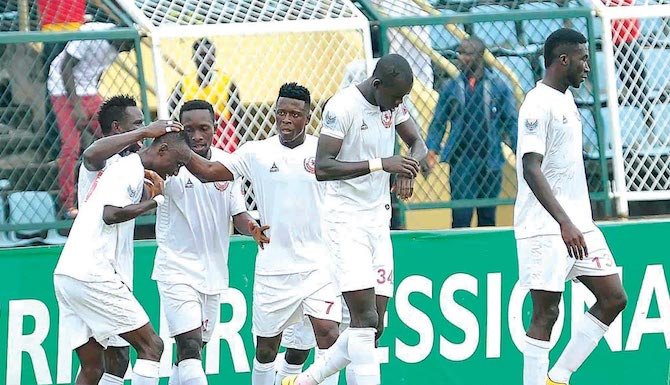