Though Sports Minister, Solomon Dalung has set a target of 10 gold medals for Nigeria at the Rio Olympics, but aside few optimists, not many are counting on the country to do well at the world’s biggest sporting fiesta considering shabby preparations and the quality of athletes. However, when the competition starts on August 5, a Nigerian would be setting a record. Segun Toriola would be the first and only African to have appeared seven times at the global show-piece. In this report, Kunle Adewale, captures Toriola’s mood ahead of the event

If Segun Toriola had not taken to table tennis, it would have been a big surprise. The game runs in the family as all his older siblings played the game that is generally believed to be China’s biggest export to the world of sports. Indeed, Segun’s father adored the game a lot, so much so that he gave out a whole floor of his house for it.

“Table tennis runs in my family. All my brothers played table tennis and some of them even played for Nigeria before me. My father loves table tennis a lot. He bought table boards and installed them in a big building in our family house in Lafenwa area of Abeokuta, Ogun State. Here, we all played the game. He allowed us to make use of the entire third floor of the building for table tennis,” Toriola said.

According to Toriola, he never went to any table tennis club or stadium, but simply developed his skills in his father house. It was therefore not surprising that scouts were quick to recognise the potentials in him while playing local competitions in Abeokuta.

“I was discovered in Abeokuta. I was about the only junior player in the state then that was doing very well. From then on, I was invited to participate in tournaments across the country after which I started representing my state in national competitions and that was how I came to the limelight,” the Olumo High School, Abeokuta,  graduate recalled.

But it was not until after the 1992 Olympic Games in Barcelona that Toriola decided to turn professional. “By 1992, I had become one the best players in the country and I realised that if I needed to improve my game or want to become a professional player, which had always been my dream I had to go abroad where there are better opportunities, exposure to better facilities and coaching. So, I left for Italy to pursue my dream,” he said.

Since then, he has not looked back. He has represented Nigeria at every level – the All African Games, Commonwealth Games and the Olympics.

On how he feels going for his seventh Olympics, a feat no African athlete had achieved, he said: “I feel so happy to be the first African to achieve such a feat and it was something I never dream of. It was really unexpected. When I participated in my first Olympics in Barcelona in 1992, I did not expect that I would still be playing up till now, because it was a very long way.

Toriola now joins table tennis legends, Jean-Michel Saive of Belgium, Jorgen Persson of Sweden and Zoran Primorac of Croatia in an elite group of players who have played at seven Olympic Games.

Asked whether the inability of the Nigeria Table Tennis Federation (NTTF) to focus on the development of young players that could have taken over from him that was responsible for his being around up till now, Toriola said,  “Nigeria is really improving in table tennis. For instance Aruna Quadri is one of the best in the world today. Bode Abiodun and Sheyi Ojo are also doing very well. There are many upcoming players in the country that are doing very good but what has kept me going is hard work. People always say that I have been around for so long but they don’t know how hard I work. It is my hard work that is giving me the edge and not that the upcoming once are not improving.”

He however admitted that the Rio Olympics would be his last in the world’s biggest sporting fiesta. “This would definitely be my last Olympics because its time I needed to start supporting the young ones and also see to the discovery of another great table tennis player for Nigeria.”

Since the country has been participating in the Olympics no table tennis player has stood on the podium to collect a medal of any colour, but Toriola believes the tide may change this time around, especially with the new rules in place in which every country represented now have equal advantage in numbers of representation.

“The chances of Nigeria table tennis team winning a medal are 50-50. With the new system in place, whereby every country have equal representation, we stand a good chance of taking something back, unlike in the past whereby the Chinese would be represented by about five or more players. Though, the Chinese still have the edge over other countries because they are still the best,” the four-time All-African Games champion admitted.

The captain of the table tennis team to the Rio Olympic in Brazil, however believes the team would not be under pressure to perform at the games.

“It is very important that we put up a good performance and make the country proud at the Olympics. We are preparing ourselves very well and hopefully, we will have something to celebrate in Rio.

“Quadri is an experienced player and he is the best in Africa for now based of his achievement but I don’t think that he will be under unnecessary pressure in Rio because he is not going to be thinking about the games. It is only when an athlete thinks like that, that he put himself under unnecessary pressure. As a team, we will not be playing under pressure too as we want to go out there and make names for ourselves and the country,” he said.

The NTTF President, Wahid Oshodi also believes the players are gearing up to do well in Brazil: “Our preparation could be a lot better but we all know the problem that is facing sports today. The players have been doing their best to keep in shape and working very hard before the tournament kicks off. We are hopeful and confident that these players will do us proud,” Oshodi said.

Toriola was born in September 1974 and he is the youngest of nine brothers. He has been amongst the top table tennis players in Africa since the mid-1990s. Ranked number 1 in Africa from 1998 to June 2008.He is renowned for his unusual style of forehand play, which makes him an awkward opponent for many. Despite lacking good footwork, he has an excellent topspin, which has allowed him to pull off many upsets with top world players.

His biggest achievement at the Olympics was reaching the men’s singles 1/16 final at the 2008 Olympics in Beijing. His 1/32 match-up with Jean-Michel Saive was seen by many as one of the highlights of the men’s singles tournament.

His fifth Olympic appearance in 2008 made him the first Nigerian to appear at five Olympics. This feat was achieved four years earlier by Mary Onyali and also in 2008 by fellow table tennis player, Bose Kaffo.

By the end of the 2008 Summer Olympics, only thirteen table tennis players worldwide had appeared at least five Olympics. With his participation in 2012 Olympics in London, he became the only Nigerian athlete to appear at six Olympics, and one of the three African to do so.

During his career, he has won multiple medals in international singles tournaments.

Nigeria would be represented in Rio by the trio of Toriola, Aruna Quadri and Bode Abiodun. Toriola and Quadri would be participating in the singles events while Abiodun would join in the team event, while Funke Oshinaike in the only female player that will represent the country in the women’s singles. 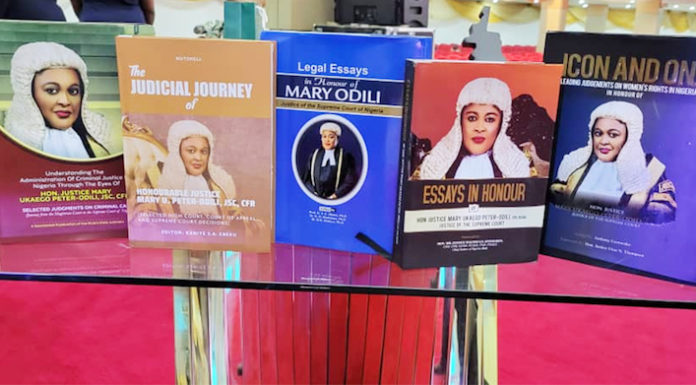