Prince Rogers Nelson, the late American musician who passed on last April loved women and he did not tip toe about it. The landscape of his 40-year recording and performing career was dotted with relationship of various descriptions with women. They worked with him. He inspired many women. The love between Prince and his many women was mutual. He loved them and he was loved by them.

The premium he placed on women could be noticed in his first band, The Revolution which had the female keyboardist Gayle Chapman. Till his death, Prince was supported by an all-female backing band, a trio called 3rdeyegirl. In between, there quite a number of notable women — like Patrice Rushen, Vanity and Carmen Electra Vanessa Marcil, Sherilyn Fenn, Kim Basinger, drummer Sheila E, and The Bangles’ Susanna Hoffs.

All that happened in America. Prince never visited Nigeria in his lifetime, but there is no doubt that there are many Nigerians who admired his craft and artistry. One of them is Samba Queen, Stella Ada Monye whose admiration for Prince is tied to the fact that he was credited with supporting and giving the career of many female musicians a shot in the arm.

For this reason, Stella’s NGO, WINAI Women Initiative Nigeria has packaged an old ‘schull’ party to honour the memory of Prince. Stella believes Prince’s championing of business of women in the entertainment industry should not go unappreciated.

Guests at the party will be dressed in old ‘schull’ attire. According to Stella, apart from the party, the show will also feature an award segment where the wife of the governor of Lagos State, Bolanle Ambode and wife of the APC Chieftain, Asiwaju Bola Ahmed Tinubu, Senator Oluremi Tinubu will be honoured for championing women issues.

WINAI Women Initiative Nigeria had previously carried out programmes like ‘1000 Mics’ that featured 250 female singers drawn from the school, churches, the night club circuit, and a variety entertainment show called the ‘Huk Up’ show among others.

ECLIPSE PLANS TO OUTSHINE THE STARS
He started as the kid with a black Sony disc-man and a backpack full of CDs, staying back in class after school, writing songs on every possible topic.
By the time he was in SS2, Eclipse – born NkasiobiChukwu – in Kaduna had recorded his first song and performed at his schools socials night. Going by the rush he got from being on stage performing and watching people cheer, he was sure he wanted to do music for many more years.

“I remember having to burn that one song into 100 blank CDs and selling them for N100 per copy in school. For a young lad from Abia state whose family was living in Lagos at the time while I schooled in FGC Abuja, I guess that was the beginning of the music hustle for me.”

Over time, he has been influenced by certain people in different ways and names- his father, Kanye West, M.I and Eldee among his role models.
“I say my Dad because he is one person who I know is hard working, principled and resilient. These are virtues that I try to inculcate in my life, on the other hand we have Kanye West, M.I and Eldee who are all artistes and music producers. It’s safe to say that their careers helped motivate me musically,” he said.

Eclipse has a new EP out called City of Dreams. It is a project he describes as the soundtrack to the story of a young man’s encounters with love, loss, peer pressure, and spirituality in a city which represents the road to success but most of all it shows that even with all the obstacles life presents, dreams are still very attainable. “These are expressed with nine tracks all telling the same story from different angles,” he explains.

One of the songs, ‘Salamalekun 2.0’, is a collaboration with M.I. It is a remix to a previous song. According to Eclipse, M.I heard him performing at Industry Nite, and said he liked the song. “I asked if he would like us to work on a remix and he said, yes.”

Eclipse explains the song making process. “It took about three studio sessions. First we met and just listened to the song and shared ideas on how to improve on it. This was when we decided to add a chorus. The second time we recorded our verses and the third session was used to perfect the mixing and mastering.”

Eclipse is grateful for his association with Aboriginal Music. “I got signed to Aboriginal Music in 2012 after a short meeting with the CEO who had heard about me from the then ongoing “Nokia Don’t Break the Beat” competition.

“Fast-forward to 2016 I must say It has most definitely been a life changing experience and believe me, as much as it is nice to be an independent artiste who only worries about making music, one cannot truly grow without the push, support, pressure, occasional burden and exposure that comes with being signed to a label.”

At the unveiling last weekend in Oriental hotel, Victoria Island, Lagos, the various representatives of the arms of government gave the reality competition several nods for turning the wheels of change in reality TV shows.
The deputy governor of Imo state, Prince Eze Madumere, who represented governor Rochas Okorocha, expressed belief that the reality competition will take the country to a greater height more than where hip-hop music has taken the country. “Of course you know the hip-hop music has placed Nigeria in a global map but I believe this one will do more than that.”

Conceived in 2009 by Matthew Obono of MFI Xquisite Koncepts Ltd, Gospel Music Africa is the first of its kind in the gospel industry. A non-denominational competition, the show seeks to provide a platform for gospel artistes to nurture their talents as well as instill godly values on them.
Obono disclosed that one of the reasons he launched the competition was because of the overwhelming migration from gospel to secular music by talented artistes.

“Most celebrated artistes today started out in church choir but ended up in the secular world. The question is why the migration? This is why we come up with Gospel Music Africa to encourage them to stay, encourage professionalism, creativity, technicality, and to reduce the level of migration.”
The competition is scheduled to kick off in September but will be preceded by auditions in some selected regions across the country. Open to all countries in Africa, only 30 contestants will make it to the house for the main competition for eight weeks.

They will be mentored on the technicalities of music production as well as vocal training by leading international gospel artistes like Yolanda Adams, Cece Winans and more. A star prize of five million naira, brand new car and a record deal will be awarded to the last man/woman standing in the competition.

Gaza Jonathan, representing the House of Representatives speaker Yakubu Dogara lauded the vision with enthusiasm. According to him, the reality TV show is a breath of fresh air on the screens which recently have been inundated by immoral programmes. “Christians can now have something to watch on TV,” he enthused.
Sales of forms for the competition are ongoing and will close on August 14.

With subtle words of encouragement, she was inspired to pursue music as a career. Although, music has been part of her, the 300-level student of Insurance in Redeemers University never thought of taking it as a full-fledged ambition.
Armed with powerful vocals, Bibi hopes to be the next big thing in the Afro-soul genre. Her two singles ‘Jeje’ and ‘Endlessly’ are already gaining positive reviews in the mainstream.

SUGAR RUSH DAZZLES GUESTS WITH GIVEAWAYS
The much-anticipated Sugar Rush Wedding Exhibition will not be forgotten in a long time.
In partnership with InterContinental Hotel, Taittinger Champagne, SaraO Events and Aralia By Nature, the wedding and lifestyle event had guests drooling with excitement last Sunday, as they feasted their eyes on an array of wedding dresses, cakes, decorations and more on display.
VIP guests mingled in an elegant lounge styled by SaraO Events and Aralia By Nature, where they enjoyed premium complimentary champagne by Taittinger and tasty canapes.

The frenzy mood was heightened when event compere Chigul engaged guests with a bouquet of activities and giveaways including two round trip tickets to Dubai, a Bridal Makeover from House of Tara, a wedding dress by Wendy’s Bridal, a Bridal Bouquet from Aralia By Nature, a Jewellery Set from Leries Accessories and much more.

Besides the giveaways, there was music performance by Wande Coal.
Hosted by Sugar Weddings & Parties (SWP), an online resource platform for weddings and events, the exhibition is its first of its kind.

The founder, Tarebi Alebiosu revealed that the platform has presented many opportunities for event professionals and consumers to connect. “For a lot of users there are still elements of distrust, so Sugar Rush is a great extension to our online platform, providing consumers with the perfect opportunity to fully experience what event professionals have to offer”.

TANKOLOWISKA DANCES WITH WEALTH IN ‘BOLAJI’
Afro-pop sensation, Tankolowiska has dropped a new hit ‘Bolaji’. The party jam is the third single from his stables since his debut in 2011.
Produced by Gospel on De Beatz, Tankolowiska samples rhyming lyrics with sweet melodies that are instantly memorable in this track.
As the name suggests, Bolaji is Tankolowiska’s way of preaching humility. “Bolaji in Yoruba means to ‘Wake with wealth’ and, trust me, everybody wants to wake up with wealth. The song basically passes a message about treating people with respect without knowing their status,” he said. 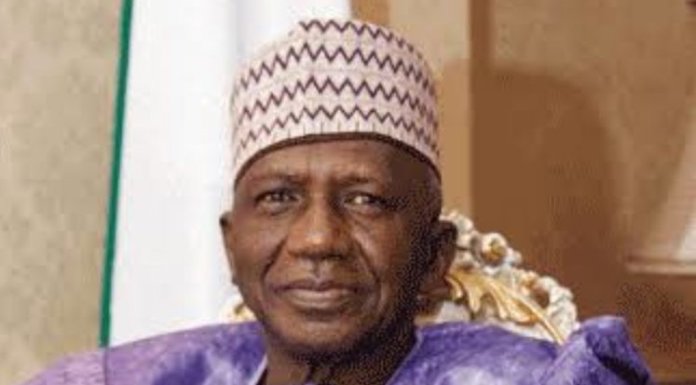