Through time and chance, former Governor Peter Obi of Anambra State has remained a positive influence on humanity, writes Valentine Obienyem, who pays tribute to the 55 years old businessman-turned politician

Former Governor of Anambra State, Mr. Peter Obi is 55. Born on the 19th of July, 1961, he remains a man of strong will and gentle speech, of imposing purpose and simple sentiments. His character and his politics have continued to please the people. He is genial, witty, unassuming, and endowed with a charm that atones for his errors. Simple and unpretentious in appearance and attire, he has steadily established a reputation for political sanctity and love for our country, Nigeria and its people.

Mr. Peter Obi will certainly receive many phone calls congratulating and wishing him well at 55. I am pretty sure that his family – wife and children, perhaps excepting his eccentric son – have rendered the traditional ‘Happy Birthday’ chorus to him. Corporate bodies and institutions alike will duly seek expensive birthday gifts for him which, characteristically, he will refuse – or most likely request they be monetised to enable him continue his support for schools across the land.

A look at the development of Peter Obi’s character through growth, responsibility and circumstances as well as his positive impact on humanity and society, is revealing. In secondary school, he was already engaged in different trades through which he made money. In an experience from which we coined the term ‘Peter Obi’s Egg Principle’, we were informed how he meticulously guarded the eggs he put up for sale on the sound logic that the loss of even one meant the loss of his profit in that venture. That experience helped define his famed prudence and financial discipline.

As a university student, Peter Obi was travelling abroad on business. Among others, there is a Mr. Fonzy with whom he maintained a strong trading relationship until the older man’s recent retirement. Their partnership lasted long because they kept to their agreements; indeed, their word was their bond. We can therefore say of Obi that he is faithful to his words and even if there be one hair binding him to his fellow men or business partner, he does not let it break. When they pull, he loosens and if they loosen, he pulls.

Surprisingly, once I visited the then European Union Ambassador to Nigeria, HE MacRea with him on one of his numerous outreaches that helped him in the governance of Anambra State. The then new Ambassador told him of how his old friend, the same Mr. Fonzy on learning he was going to Nigeria told him to look out for Mr. Peter Obi as one man of impeccable character he could trust and deal with. I shed tears while witnessing this encounter.

Graduating with a second class degree, Peter Obi concentrated on his businesses, which grew to make him an influential player in the corporate world. In the meantime, he also sharpened his entrepreneurial and managerial competencies at Kellogg, London School of Economics, Oxford, Cambridge and Columbia, among other renowned institutions.

Seeking a wider platform to serve the society and humanity, Peter Obi contested the governorship of Anambra State, but was denied victory. Like a vessel nature has preserved for a special purpose, he went to court, shunned all manner of ‘settlements’ and intimidation – and thus, became the first Nigerian politician to regain his electoral mandate through the courts. Dogged by the predators, he was also the first elected State Governor to return from impeachment. The travails of his tenure altered the structure of elections in Nigeria.

Easily, Peter Obi has become a model on what good governance is all about and for justifiable reasons. After barely 6 months in office, he was impeached by the Hon. Mike Balonwu-led House of Assembly. The first charge was that he went against the ‘Constitution’ and single-handedly renovated the destroyed Government House with less than N50 million against the over N200 million appropriated in the budget.

While the leeches agonised over their lost grip on the treasury, many of his friends were disappointed he did not make them millionaires using the instruments of government. Some others wondered why he did not offer them appointments like his counterparts elsewhere did for their cronies. These people forgot that appointments are often the offspring of genuine needs and necessities and not as political settlement and that understanding must be in terms of these necessities.

Before the tenures of Dr. Chris Ngige and Peter Obi, road travel in Anambra State was a nightmare in several ramifications. Building on the foundations laid by Ngige, Governor Obi gave the state the best road network in Nigeria. Tremendous impact was also made in other sectors and sub-sectors with the novel Anambra State Integrated Development Strategy (ANIDS).

With the benefit of hindsight, Peter Obi’s return of schools to the initial proprietors – particularly the Churches – is acclaimed as his most critical achievement as governor. Though some other persons now claim to be involved in the momentous decision, they were really among the vociferous resentment massed against the move. It was Peter Obi’s resolve, courage and decisiveness that ushered in what is internationally-acknowledged as re-birth of education in Anambra State.

As the governor, the compulsion of his character made things happen in the state. Due to this positive characteristic, at times in the bid to avoid mistakes, he fled from action into thought, from rash certainties to cautious doubts. He reminds us of the Latin maxim, “in dubio, noli agere” (In doubt, do not act). He knew well enough to discern that not all the truth or error is on one side; but on both. Often, he placed his actions on the scale of ‘proof beyond reasonable doubt’. Regrettably, what some people told him which he doubted and did not act upon for not being sure, turned out to be the truth.

From the privilege of having not suffered any major ill-health since he was born, he sees health “pythagoreanly” as a harmony of the parts of the body and character. He has often observed that what people suffer are direct consequences of seeking what they do not need and what are not in sync with their constitution.

On his part, he goes the extra mile in trying to maintain this harmony in the firm belief that once one allows excess of import over export, it will disturb the internal economy. Thus, he exercises routinely to burn fats and keeps his body athletically trimmed – no extra ounce of flesh to burden him.

He was able to keep Anambra State one and united through many ways, excluding force. Those that wanted to fight him, he disarmed by joining them at dinner in their houses – for some he went to their houses uninvited and even passed the night. What this teaches us is that governance is not by raw force or by going on long convoys; but an intellectual business. We can actually achieve much by intelligently analysing situations and applying informed solutions.

An example is a pretty story that Plutarch, the father of biography, told of how an epidemic of suicide among the women of Miletus was suddenly and completely ended by an ordinance decreeing that self-slain women should be carried naked through the market to their burial. If the decree was for their property to be seized, would it have achieved the same result?

From his tenure as Governor of Anambra State, he recognised the need of working together amongst the states in the east. He recognises that no society can survive if it treats its members to behave towards one another in the same way in which it encourages them to behave as a group towards other groups. Internal cooperation is the first law of external competition.

This is why he held the people of the state together, putting up with their foibles. His tenure as Chairman of the South-east Governor’s Forum was also a success. With his humility, sincerity and appreciation of Justice, he carried everybody along and made sure the states shared their joy and grief together as brothers and sisters.

Like the period following the Dark Ages was known as the “Renaissance,” Peter Obi’s period of governance in Anambra may soon be inaugurated as “The Age of Re-Birth.” Before him, many things were dead in Anambra State – security, Agriculture, education, health, environment, commerce and industry – but after him they are all born again.

Since leaving Government House, appreciation of what his administration did for the state seems to have come into marked focus. There is hardly anywhere he goes in the state that he is not acknowledged in ecstasy – with ‘Okwute! Okwute! This, I think, should serve as a lesson that service to the people has its own reward.

On the social media, the predators and their agents try to use him for target practice – clamouring to outdo one other in polemic vitriol. They satirise him with hilarious caricature, some depicting him as a vampire. These are not necessary!

Peter Obi is successful in every sense of the word. But despite all forethought and foresight, he made (to our hindsight) an ample variety of mistakes, both in judging men and in calculating results. Clearly, he did not know that those he trusted in APGA were only out to trade with the state, but he has played his role in giving Anambra State a pride of place in the Nigerian federation.

As we toast to Peter Obi’s continued good health and well-being, we pray that the Almighty God will continue fulfill all He has destined for him.
– Obienyem wrote from Awka

editor - January 16, 2021 3:03 am
8
PENDULUM BY DELE MOMODU Fellow Nigerians, these are not the best of times, globally! That statement is even an understatement. The COVID-19 pandemic currently... 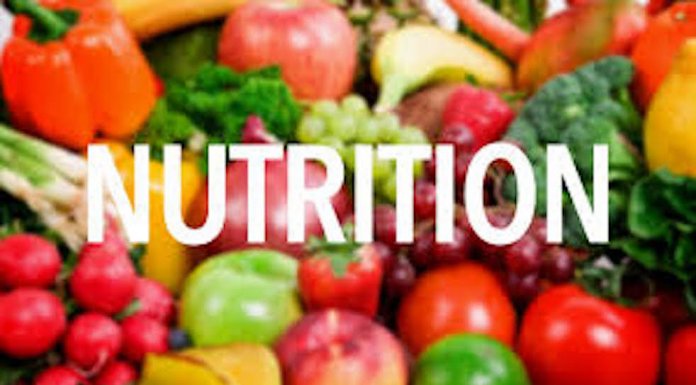