Senator Iroegbu in Abuja and Sylvester Idowu in Warri

This came as the Nigerian Navy (NN) said it has also arrested a suspected member of the Niger Delta Avengers believed to be their major logistics supplier.

The group which had claimed responsibility for the attacks on Nigerian National Petroleum Corporation (NNPC) and Chevron pipelines in the region.

Sources told THISDAY yesterday that the Tompolo’s associates were arrested at about 11a.m in an operation that was executed without firing a shot.

It was gathered that the soldiers stormed the hide out of the suspects identified as Simon Bebenimibo and Bomboy Oluwa in three trucks.

“We stormed the hideout after intelligence revealed their abode. We have been on their trail for a while now but executed their arrests on Monday,” the source disclosed.

Although, he did not reveal reason for their arrest, the two suspects were known associates of Tompolo believed in security circles to be behind the spate of bombings of oil facilities in the renewed agitations in the region.
Tompolo had however denied severally that he had linkage with the Niger Delta Avengers (NDA), the group claiming responsibilities for the attacks on oil facilities.

Since the arrest, THISDAY gathered that many of the aides of the ex-militant leader had gone underground for fear of being apprehended by security agents.

The Commanding Officer of 3 Battalion, Major Monday Anzaku, did not pick or respond to text message for confirmation of the arrest.

However, the spokesperson of the Ijaw People’s Development Initiative (IPDI), Mr. Daniel Ezekiel, confirmed the arrest and castigated the military for allegedly breaking into the residence of the DWLSC member through the roof and arresting him without a court warrant.

“We condemn the military action of breaking through the roof of Simeon Bebenimibo to gain unauthorised access into his privacy without a court warrant to arrest him, as such amount to kidnapping and abduction.

“This is barbaric, obnoxious, unlawful and incivility. The military has no such powers except empowered by a valid court warrant. It is so sad and we are disappointed,” he said in a terse statement.

Also, while briefing journalists in Abuja yesterday, the Director of Naval Information, Commodore Christian Ezekobe, said the Avengers suspected logistics supplier was picked up on July 11 at about 11a.m.,

“The arrest was made following a confessional statement obtained from an earlier arrested suspect who gave details of the involvement of other collaborators in the attacks.

“Preliminary investigations also revealed that the suspect recently supplied 10 batteries, five large coils of wire and other materials purportedly used for the attacks,’’ the director said.

The NN according to the News Agency of Nigeria (NAN), said it would continue to partner with sister security agencies and members of the public to eliminate all forms of economic sabotage such as vandalisation of pipelines and piracy.

Meanwhile, the police have concluded plans to deploy more personnel, especially the marine police, to help in the ‘Operation Delta Safe’ against militants and other criminals in the region in collaboration with other security agencies.

The Inspector-General of Police (IG), Ibrahim Idris, disclosed this yesterday when he made a familiarisation visit to the Naval Headquarters in Abuja.

Idris said he realised the need to deploy more policemen to maintain security and help in the operation, after making a working visit to the Niger Delta region including the troubled communities of Gbaramatu in Delta State.
He however noted that his men are short of the required expertise and logistics to thrive in the terrain.

The IG therefore solicited for support and specialised training from the Nigerian navy for the marine police, which are the only arm of the Nigerian police designated for maritime security.

According to him, “Our synergy and collaboration are of great necessity because we serve our nation. We know the job you do requires some level of expertise and I know you are engaged in the Niger Delta area.

While responding, the Chief of Naval Staff (CNS), Vice Adm. Ibok-Ete Ibas, noted that the navy has been working closely with the police force.

Ibas disclosed that in the past one year, Nigerian navy has trained about 40 policemen on maritime operations. 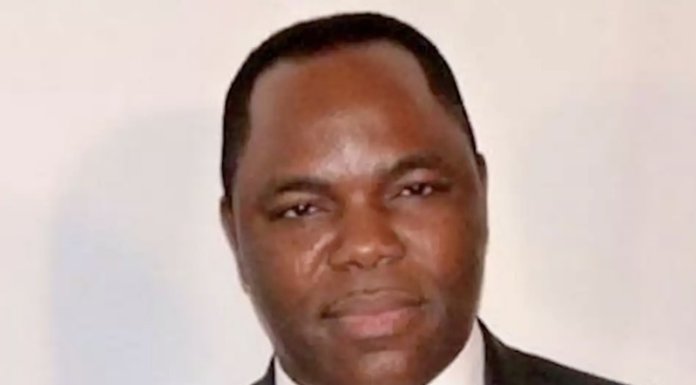 Court Halts Trial of Adeyanju, 49 Others over Alleged Promotion of #ENDSARS Protest