For an institution that has recorded losses of N35 billion in 15 years, it was a positive turnaround for the Nigeria National Petroleum Corporation (NNPC) as it declared an operating profit of N273.74 million for the month of May.

This came at a time the Minister of State for Petroleum Dr. Ibe Kachikwu, who was the immediate past group managing director of NNPC, held sway at the state oil company, where he spent about 11 months and instituted far-reaching reforms. And, it also coincided with his account of stewardship and handover to the new GMD, Dr. Maikanti Baru.

According to NNPC’s monthly financial and operations management report, the N273.74 million operating profit the corporation reported for May 2016 is an historical feat when compared with an operating loss of N19.43 billion in April and was attributed to improved cost efficiency at the corporate headquarters of NNPC and performance by the Petroleum Products Marketing Company (PPMC).

Similarly, NNPC reported a significant reduction in its operational deficit by N201 billion to N66 billion in the first four months of this year ending in April 30, from N267 billion in 2015.

The corporation’s financial report also disclosed that despite increase in restructuring costs at the corporate headquarters, it reported a reduction by N5 billion in total group spending to N127 billion in April this year.

Kachikwu, while giving accounts of his stewardship weekend in Abuja when handed over the reins of the NNPC GMD office to Baru, enthused that he had so far changed such ugly narratives about the NNPC and turned it into a profit-making entity.

He stated that despite renewed hostilities in the Niger Delta and seeming cracks in the federal government’s reported dialogue with militants in the region, the country’s daily crude oil production capacity was still at 1.9 million barrels.

He gave assurances that he would appraise the government’s dialogue with the militants, and try to plug possible gaps in the process.

Kachikwu listed some of his achievements in the 11 months he was in the saddle to include cutting its operational losses; deregulating the country’s downstream petroleum sector; initiating a creative means of meeting the corporation’s Joint Venture (JV) contributions; as well as meeting its statutory payments to the federation account, amongst others.

He also noted Nigeria’s daily fuel consumption has dropped by 30 per cent following his efforts to sanitise the downstream operations of NNPC and the country.

According to him, “11 months ago, when the president asked me to take over the mantle of leadership of the NNPC, there was indeed an urgency of now, morale was low, things were haywire, there were lots of issues of transparency on the table. The profit index was very poor and the belief of Nigerians in the functionality and reliability of the NNPC was quite frankly at a questionable level.

“And the president felt the best way to start my career in the public service under him was first to go to NNPC as outsider and try and bring in certain new structures to help the place change its direction and focus.

“Looking back now, I think one must be very grateful to the president not just for the opportunity but for the foresight because I had my own doubts whether I could actually do that given the fact that I was an outsider and this is a very huge institution with over 30-40 years of experience which I was not built into.”

“But he was persistent on that and looking back at what we have accomplished, I well understand now why he is the very wise president of the nation and I thank him very much for the opportunity that he has given me.”

The minister further explained: “In the 11 months, let us just rethink some of the things we have achieved. First, we managed after very great difficulties to restructure the NNPC. It is a very massive restructuring that has been able to set out various parameters of the business as profit focused entities of their own. That was a major massive work.

“We have been able to cut operational cost by 30 per cent and save a massive amount of money for the group.

“We undertook deregulation at the time nobody thought was possible and if there is anything we leave for the industry, it must be the legacy of that deregulation. Today, our fuel consumption has gone down by about 30 per cent. We have no queues in the filling stations, we have about one and half months of self-sufficiency. We have strategic reserves that we are putting together.

A further look at the NNPC accounts revealed that for April the group operating deficit was N19.4billion, compared with N18.9billion in March. This was attributed to improved cost efficiency at the corporation’s corporate headquarters and performance by the Petroleum Products Marketing Company (PPMC), the supplier of last resort.

The report showed that the group’s operating revenue for the months of April and May 2016 were N95.51 billion and N142.53 billion respectively, representing 30.36 per cent and 45.32 per cent respectively of the monthly budget.

Similarly, operating expenditure for the same periods were N121.86 billion and N142.26 billion respectively, which also represents 45.62 per cent and 52.63 per cent of the budget for the months respectively.

Analysts at FBNQuest, an investment banking arm of FBN Holdings, in their assessment of the financial account, however, stated that despite the positive outing, “the corporation’s progress had been slowed by pipeline sabotage, slide in the oil price and the costs of its reorganisation.”

The Energy Information Administration, the statistical arm of the US Energy Department, said crude stockpiles fell by 2.2 million barrels for the week ended July 1, drawing for a seventh week in a row.

But the EIA’s figure came in just below the decline of 2.3 million barrels forecast by analysts in a Reuters poll, but far less than the 6.7 million-barrel draw reported by trade group, the American Petroleum Institute, late on Wednesday.

“Expectations were high for this report, and they were dashed,” said a partner at New York energy hedge fund, Again Capital, John Kilduff.

Specifically, the NCAA, which is the regulatory body for aviation in Nigeria, urged the airlines to make sure that airfares are in tandem with cost of operation, factoring in the high prices of aviation fuel, charges and other expenses incurred by providing service to passengers.

A top official of the agency, who would not want to be quoted in this report, explained that the NCAA authorised the hike in airfares to prevent airlines from compromising safety of travellers.

The regulatory body, the source, added, has warned that airlines that charge fares that do not reflect the current reality would be sanctioned because such airlines would be unable to effectively carry out routine maintenance of their aircraft and would therefore be tempted to cut corners and endanger the lives of air passengers.

Presidency addressed the non-inclusion of the private sector in the federal government’s Economic Management Team headed by Vice-President Yemi Osinbajo, as was the case in the Goodluck Jonathan administration, stating that the decision was taken to prevent conflicts of interest.

The vice-president’s spokesman, Mr. Laolu Akande, who spoke with journalists in Abuja yesterday, said it was the government’s responsibility to manage the economy.

“We have to understand that the attitude of this presidency is that it considers the management of the economy as a government responsibility.

“It is not something that this government believes should be done by bringing in some private interests into the economic team to take decisions that they will be directly involved in.

“So our stand is that the management of the economy is a government responsibility,” he explained.

He however pointed out that the private sector was not totally excluded from making suggestions to government, as members of the organised private sector such, as the Manufacturers Association of Nigeria (MAN) and the Nigerian Economic Summit Group (NESG), were being engaged by government. 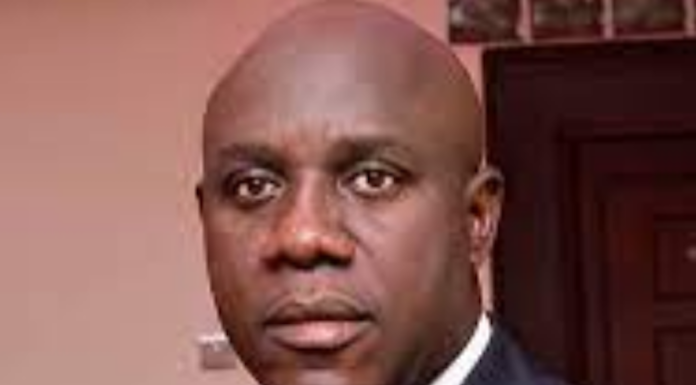