To ensure cohesion between state and local government councils in the speedy delivery of democratic dividends, Delta State Governor, Senator Ifeanyi Okowa, has assented to a bill for the setting up of an Economic Planning Council in the state.

Governor Okowa who said he was excited to have signed the bills into law expressed confidence that the economic situation of the state and the country would improve in the next few months.
He assured Deltans of continuous infrastructural development and that the passage of the Economic Planning Council bill was to bring it in line with the Nigerian Constitution to ensure that the local government council were carried along in the developmental planning in the state and also, avoid duplication of projects

According to the governor, “in this particular law, local government chairmen will be brought in as members of the council and it will enable us to compare notes on economic plans between the local government councils and the state government, and ensure greater partnership in the delivery of economic dividends for our people

Okowa who took time to explain the importance of the four laws to the government and people of Delta State, disclosed that the Advisory Council on Prerogative of Mercy would be constituted in the next few weeks because of its importance in looking at issues concerning “persons who have been condemned and those who are held in the Prisons.”

On the anti-kidnapping law, the governor said, “kidnapping of persons for money is on the increase across the country and with the signing of the law, security agents are now empowered to ensure that those directly involved in kidnappings and their accomplices are sentenced and their property destroyed to serve as deterrent to others; the state government will not spare anybody, there will be no sentiment there will be no friendship in ensuring that we live in peace for development to take place.”

The Delta State Security Trust Fund Law (amended) 2016, according to Governor Okowa, “was passed in the past but it was not made operational. We want to operationalise the law and with contributions from the state and private sector, fund will be available to provide equipment and logistics and support security agencies’ operations in the state.”

The governor commended the Speaker and members of the State House of Assembly for their support and cooperation in delivering democratic dividends to the people.

Earlier, Igbuya, while presenting the Bills to Governor Okowa said that the bills were speedily attended to and passed to enable the governor pursue vigorously his developmental agenda for the state. 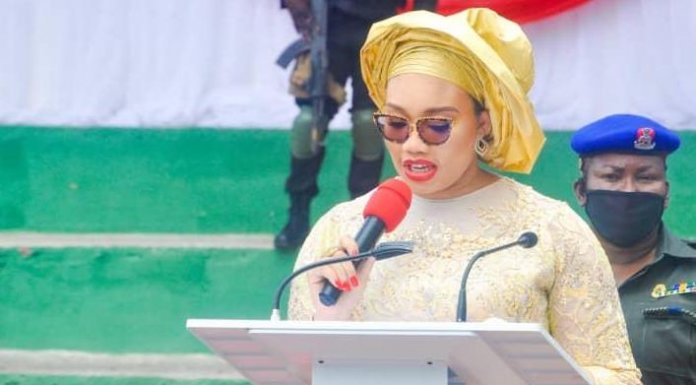 Chioma Uzodinma: The Paragon with a Momentum