•A Few Things You Didn’t Know About Them
I’m sorry I couldn’t resist the urge to sound all ‘tabloid-gossip-y’. I had so much to say that wouldn’t have fitted into one nice headline. Plus, I’m pretty sure you wouldn’t have been wowed by a headline with words to this effect: ‘How The Voice Nigeria Is Helping Viewers See The Exciting Other Sides Of Musicians.’ Or would you? You see.

Well, the point of this really is how I have been pleasantly surprised by the coaches on The Voice Nigeria. I’m talking about Messrs. Tubaba, Pato Ranking, Timi Dakolo and Miss Waje herself. The surprise is more for some of the coaches than others, of course.

I imagine everyone like me had an opinion of these coaches before the show. Even though in some cases, there was simply not enough information to have an opinion. This much was evident during the Blind Auditions. When asked which coach they’d prefer, most contestants went for Tubaba. It’s a singing competition after all. Imagine also Tubaba was the biggest star when some of them were growing up. There’s certainly now a ‘Before’ and ‘After’ to this story. Fortunately, the contestants found out faster than the rest of us how much reality was different from the fiction of what they thought they knew about the coaches.

•Coach Timi Dakolo
-Team Timi
Who knew Timi was a fun guy? I’m not talking about those people who are his friends or who have been privileged to have had close contact with him. I’m talking about his on air/public image. We all knew he could sing. And that he was close to his late grandmother and he had a tough childhood. But who knew Timi could be so playful and mischievous?
Each Sunday, viewers see a ‘different’ Timi from the one they knew in their heads. There must be those who’d swear he’s new to the music scene. A young friend I was watching the show with asked who Timi Dakolo was. I mentioned some of his popular songs: Don’t you know Great Nation? Iyawo Mi, etc? The answer: ‘Oh, you mean, he’s the one? He’s so different’.

•Coach Pato Ranking
-Team Pato Ranking
Did you know Pato Ranking (Patrick Nnaemeka Okorie) had such an intelligent head on his young shoulders? Or could you tell from all that patois? He is 26 years old, by the way. It isn’t just his intelligence and understanding of show business, it’s really how accomplished he is.
As we all know, in these parts you have to blow your own trumpet. I suppose this is a carry over from our cultural praise singing days, where every family was an ogbuagu (killer of tiger). Call it ‘oriki-ology’. Oriki is the Yoruba praise singing. Add to that what our musicians have copied from American hiphop music. Then you can understand how every musician claims to own half the world. The fact that we don’t have real facts and figures about actual sales or net worth only worsens this.
But when in ‘selling my market’, Pato Ranking tells a contestant he toured over twenty countries without an album to his name, you’d have to take note.

•Coach Waje
-Team Waje
As for Waje (Aituaje Iruobe), she has confirmed what I’m sure many always knew: She is one talented singer. She’s also shown herself to be a good sport and knows her (singing) onions. And she is very confident and not afraid to stand her ground.
Seems like she should be running a talent school if she is not already doing so. She and the other coaches better have projects lined up to leverage on their time on The Voice Nigeria.

•Coach 2baba
-Team 2baba
As for Innocent Idibia who used to be known as Tuface or 2Face and now chooses to be addressed as 2baba, I’m sure no one had any doubts about his singing. Or whether he could deliver as a musical coach. Viewers have known him the longest, after all.
But on The Voice, he has stopped hiding behind his choice words: ‘Nice’. ‘Amazing’. ‘No shaking’, etc. Now he shows just how much he knows about music. Even about the Queen’s English. Who knew 2baba could use phrases like ‘second guess’ effortlessly?

The best part of watching these four coaches on The Voice Nigeria is the fact that they understand that above everything else, The Voice Nigeria is a TV show not some tutorial on how to sing. I have seen a few judges on talent shows, knowledgeable as they were but who did not get that viewers needed to be entertained as they’re being informed. Then there’s the chemistry between the four coaches.

Must confess I wasn’t super impressed when their names were released though. Nor I was overjoyed that yet another musical reality franchise was about to hit our screens. We seem to have a talent for taking known international musical talent shows/franchises and turning them into a poor version of themselves. We’ve seen Idols and the others come and go. I expressed these concerns then. My one wish was for the producers of The Voice Nigeria to remain as true as possible to the international format.

Now, they have not only managed to maintain the international format of The Voice, they’ve added the Nigerian flavour. The last time we saw this fine mixture of international and Nigerian would be Big Brother Nigeria (BBN). And that’s all of ten years go. Perhaps I exaggerate. But you do get my drift? In any case, The Voice Nigeria is far from over. There are still a few more weeks to go.
Don’t forget to tune in tonight, Africa Magic Showcase, dstv channel 151. Do let me know what you think. Deal? 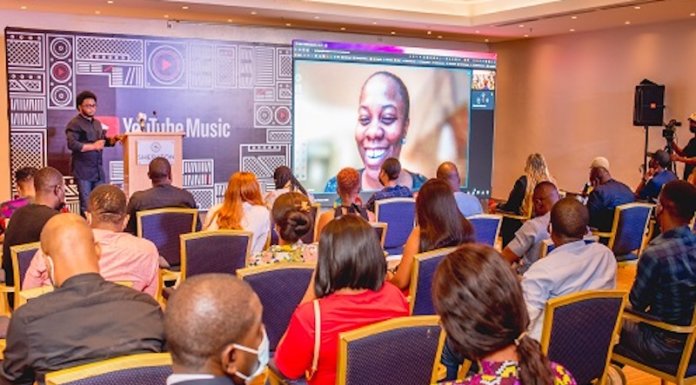