Canticles…
Buratai’s Dubai Property and the Challenge  to a System
Hey, my brother, do you know all eyes are on President Buhari now?
Why? Is it because of the Brexit vote that asked United Kingdom to leave the European Union (EU)? Is he David Cameron who caused the needless stir?

(hisses) Who is talking about Cameron or UK or the so-called exit from EU? I am talking about the latest news in town?
You have come again with your CNN-without-cable knowledge. What have you heard this time?

(whispering) Did you not hear that one of President Buhari’s trusted ally has been fingered in an offshore deal?
Off shore deal? Buhari’s ally? Who can that be?

Hmmm, you mean you have not heard that the Chief of Army Staff, Lt Gen Tukur Buratai has been accused of owning two big houses in far away Dubai? Did you not hear???
(hisses) Is it that one? Is that what you call a deal and make it look like it is one great offence? Does any law forbid a public servant from owning properties outside Nigeria?

(surprise) Really? Is that your take on the matter? Have you asked the value of the said houses?
I don’t care. So long as owning a property outside Nigeria is not a crime.

What a specious argument! So why was former governor of Delta State, James Ibori jailed for 13 years in the UK? Was it not for owning properties all over the UK?
Please get your facts right. He was accused and prosecuted on charges of money laundering, wherein he was found guilty and jailed. Not just because he owned properties in the UK.

So you mean there is nothing wrong in a public servant buying houses worth $1.5 million in a foreign land? Is that what you are saying? Or are you slanting your argument because the person involved is Mr President’s man? Is that not the kind of story the EFCC is always excited about?
Don’t make unguarded statements please. How is Buratai the President’s man? Just because he appointed him as Chief of Army Staff?

Ok, He is not Mr President’s man. But please can you tell me how he got $1.5 million to pay for the said houses.
You ask me as if I am Buratai or any of his aides. But from what I read from the statement from the Defence Headquarters, it was said that the money for the houses was paid instalmentally over time from the savings of the Buratai family. They explained that the investment was based on “capital market principle of shareholding”

Please don’t confuse me. What does that mean?
Hmmmmm. Buratai’s family. Savings. Instalmental payment… Really? Please how many people constitute this Buratai family?
Don’t you know he has two wives?

So?
What do you mean by so?

What do the wives do and what is their source of income as to have helped in saving up $1.5 million?
I can show you the address of the Defence Headquarters, so you can go ask Buratai himself. Only your back will give the testimony of your adventure.
Look, the federal government has cleared him of any guilt. So why are you crying more than the bereaved?

That is the issue: on what grounds was he cleared? Was the clearance not hasty? What investigations have been done to warrant the so-called clearance?
My brother, my name is not Buratai. Don’t bathe me with JAMB questions. All I know is that the matter has been handed over to the Defence Headquarters to determine whether what Buratai did constitute an offence or not, and if it is, what sanctions should be applied. That’s all I know.

I am even surprised that you are merely parroting the silly narrative. Is it not for cases like this that you always jump up with a huge feeling of “yes., he gat them again”?
Are you not bothered that Buratai is handed over to the body he literally heads to determine his fate? Is that right? Why was an independent body not constituted to look into it? Do you even think any soldier worth his khaki will find Buratai, his Chief of Army Staff, guilty of any offence? Seriously?
So what is all the fuss about? Did anybody say Buratai stole the money with which he bought the houses?

Nobody has said so. But how and where did he get the money. That is the million-dollar question. If people are being hounded over N1.2 billion or N600million, shouldn’t we know how a serving soldier got $1.5 million? That is all we ask to know! And let me tell you, everybody is watching how both Mr President and the EFCC will treat this case.
The intensity of your question is making me to believe that it is indeed a cyber attack by Boko Haram whom Buratai has defeated on land and has now decided to launch cyber space attacks.

Please don’t confuse me. How does owning two houses at $1.5million concern cyber warfare? Thankfully, he did not deny the ownership of the properties.
You don’t understand. He is saying those accusing him of fraud are the same Boko Haram people he has defeated and are merely looking for any thrash to hang on his head so he can be discredited. Don’t forget he has noted that those properties were declared in his Asset Declaration form to the Code of Conduct Bureau. So it is nothing hidden. Don’t forget he has been in the army for over three decades.  His wives are quite industrious and very enterprising. He has held privileged positions, but nobody has ever accused him of abusing same. Look, you can be sure that his feat in degrading the Boko Haram terrorists is generating celestial and terrestrial enemies for him. Or don’t you know he is a courageous military tactician?

Look, nobody doubts his unblemished military profile. But in spite of all the accolades you may dress him up with, he will need to tell Nigerians how he got that amount, because all his salaries put together for about ten years cannot fetch him that sum.
(hissing) You talk as if you know how much he earns. 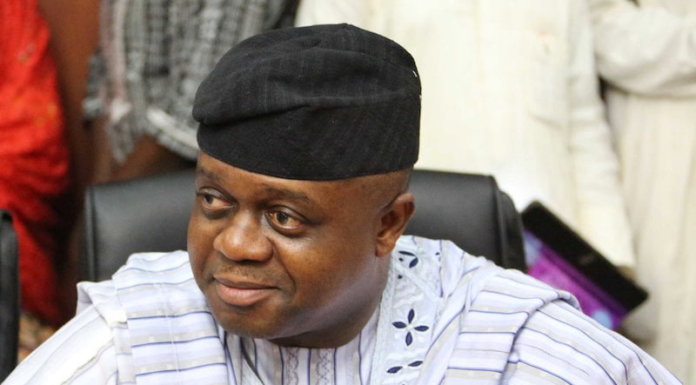