Following the federal government’s decision to arraign Senate President, Bukola Saraki and his deputy, Ike Ekweremadu, before Justice Yusuf Haliru of an Abuja High Court today for alleged forgery of the Senate Standing Order, 2015, concern has grown over the sanctity of the legislature to run its affairs as an independent arm of government.
Also to be arraigned are a former Clerk of the National Assembly, Salisu Maikasuwa, and Deputy Clerk of the National Assembly, Benedict Efeturi. The arraignment is coming one week after they were initially scheduled for arraignment.
The Attorney General of the Federation (AGF) and Minister of Justice, Mr. Abubakar Malami (SAN), last week defended his decision to proceed with the trial, stating that he was exercising the powers conferred on him by the constitution when he filed a two-count charge of forgery and conspiracy to commit forgery against Saraki and Ekweremadu.
He also said that he acted on the recommendation of the just retired Inspector General of Police (IG) Solomon Arase.
However, the arraignment has called to question the principle of the separation of powers between the three arms of government, which the executive has clearly chosen to ignore.
The Senate in the last two weeks had reminded the executive that its foray into a matter that was clearly the business of the legislature has the potential of threatening the nation’s democracy.
Its warning, however, has been ignored by the executive which has decided to try Saraki, Ekweremadu and two others over the alleged forgery of the Senate rules.
The quartet would have been arraigned last Tuesday but stayed away from the court following claims that they had not been served with the court summons.
When the matter came up for hearing last Tuesday, the court bailiff expressed his inability to serve the accused persons as a result of the difficulty he encountered accessing them.
The bailiff’s complaints compelled the judge to give an order for substituted service. Specifically, the judge ordered the bailiff to paste the court summons on the notice board of the National Assembly last Tuesday, which he did.
The AGF had on Friday, June 17, charged the accused persons to court over alleged forgery of the Senate rules used for the conduct of June 9, 2015 elections of the Senate President and Deputy Senate President respectively.
Order 3(3eii) of the Senate rule book had been changed from the open ballot system to the secret balloting system. The order was allegedly altered to hide the identities of senators who were pretending to be in support of the candidate of their party, the All Progressives Congress (APC), while voting for another candidate, which they could not openly express.
The change of Order 3(3eii) was therefore allegedly done to shield them from being marked as traitors by the party leaders.
However, the recent re-opening of the alleged forgery came almost a year after the case was investigated by an Assistant Inspector General of Police, Dan’Azumi Job Doma following a petition sent to the Nigeria Police by a group of senators from a faction of the APC caucus in the parliament known as the Senate Unity Forum.
The Forum had supported the nomination of Senator Ahmad Lawan, the preferred candidate of the APC, for the post of Senate President against Saraki.
After the police investigation, Doma forwarded his findings to the Office of the AGF in July last year. Thereafter, some senators such as Suleiman Hunkuyi (Kaduna North), Kabiru Marafa (Zamfara Central) and Ajayi Borrofice (Ondo North) dragged Saraki and Ekweremadu to an Abuja High Court over the alleged forgery.
But while that case was ongoing in a court presided over by Justice Ademola Adeniyi, a Peoples Democratic Party (PDP) senator, Gilbert Nnaji (Enugu East), filed a counter suit at a Federal High Court, citing the case of Senator Abraham Adesanya, who had dragged his colleagues to court in 1981 over a decision reached on the floor of the Senate.
He had prayed the court to restrain them from going ahead with their case, noting how Adesanya’s suit was struck out because he was said to lack the locus standi to institute the case.
As a member of the Senate, the court had told Adesanya that a decision taken by the majority in the chamber could not be challenged by another member, even if he did not agree with it.
Against this background, Justice Gabriel Kolawole ruled on July 27, 2015, that “where the Senate had taken a decision which did not follow its internal rules and standing orders, the choice open to members is to get the decision reversed only through democratic process by mobilising the majority of members to get the decision reviewed and possibly reversed”.
Kolawole further ruled that in the spirit of separation of powers, the judiciary as the third arm of government would hesitate to intervene in the internal affairs of the National Assembly unless the matter under contention goes beyond application or misapplication of Senate rules and he gave a reason for his ruling.
Subsequently, Kolawole struck out the case, a situation which explained the reason for outrage in the Senate in the last two weeks.
Senators contacted by THISDAY yesterday to ascertain whether they will accompany their presiding officers to court today as it has been their custom to accompany Saraki to the Code of Conduct Tribunal (CCT) since last year, chose to keep mum.
But a source told THISDAY that almost all the senators loyal to the Senate leadership would be in court this morning. According to him, some of the PDP governors will also fly into Abuja from their various states in expression of their solidarity with Ekweremadu.
He said: “Almost all the senators will go. It seems all PDP governors will be coming or least a good number of them plan to fly in. Everyone is very bothered about the whole rubbish,” he said. 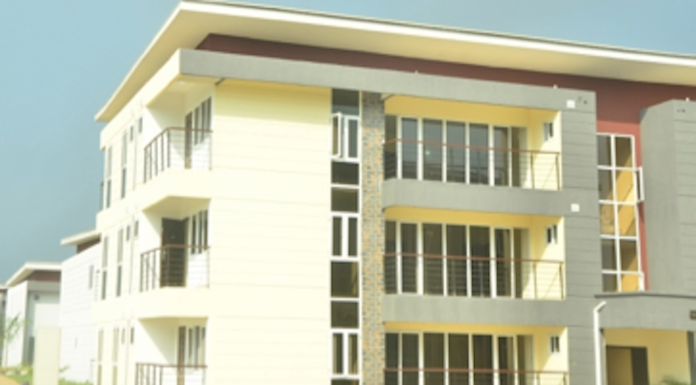