Old friends are best. King James used to call for his old shoes; they were easiest for his feet. But former President Olusegun Obasanjo thinks otherwise. That is why he did away with his very close friend, Otunba Johnson Fasawe. Otunba Fasawe, an Ondo-born businessman hit the limelight when former President Obasanjo assumed office as the number one citizen of Nigeria.

Due to his closeness to Obasanjo, he walked the corridors of power without restrictions, and many courted his good graces. His influence with the former president knew no bounds and as a result, many influential people sought the grace of Otunba Fasawe in desperate bid to get one favour or the other from the former president.
It was however, astonishing to see the beautiful relationship between the two friends collapse.

Fasawe’s tacit support and sympathy for the then Vice President, Atiku Abubakar, happened to be his greatest undoing. This did not go down well with Obasanjo and it led to the unceremonious exit of Fasawe from Aso Rock. Perhaps it was in a bid to spite his former bosom friend and president that Fasawe decided to pitch his tent with Atiku, perhaps not; but it’s an interesting sight to see Otunba Fasawe hobnob with the former Vice President in careless abandon.

Fasawe has become to Atiku what he once was to former President Obasanjo and the duo has since waxed stronger in friendship. Interestingly, if Atiku succeeds with his bid to become the nation’s president come 2019 general elections as its being speculated, Fasawe may once more become a permanent face on Nigeria’s corridors of power.

“Men shut their doors against a setting sun,” says Apemantus in late English poet and playwright, William Shakespeare’s Timon of Athens. Shakespeare, as usual was right on point. The English writer’s literary depth reaches far into the tragedy that has become the lot of the household of late Ademola Adekogbe. Ademola, during his lifetime, was a perfect example of a jolly good fellow. His generosity and towering decency was acknowledged by all and sundry, friends, family and even barely known acquaintances, to mention a few. Ademola never discriminated as all classes of humans were accorded special treatment by him. Hence his house became a Mecca of sort as the needy, gold diggers, fair-weather friends and fortune hunters swarmed upon him as bee on flowery nectar.

Then a sad thing happened; Ademola yielded to cardiac arrest years ago at his Ijebu mansion, jolting the rich and poor, the lowly and the mighty and every beneficiary of his large-heart to the sad reality and transience of life. Expectedly, the rich and mighty friends of the deceased promised heaven and earth to the family he left behind. Years after Ademola passed on his friends are yet to fulfill their pledge. They seem to have conveniently forgotten about their friend and benefactor so soon.

The deceased left behind six children and a wife, Modinat, who had four children for him and has since remarried. Notable among his friends who enjoyed prominent space in the society as toasts of most musicians of Yoruba origin were Keem Bello-Osagie, the former chairman of UBA, Segun Fowora, Charles Okondo, Otunba Gbenga Daniel, Kola Abiola, amongst others. The late Bobakeye of Akile Ijebu was always praise-sung with his father-in-law, Mukaila Onabanjo popularly known as Mikky Mikky Baba Modinat. Ademola’s mansion which became a social terminus of sort for them when he was alive is now a forbidden zone to them. “There is no art to find the mind’s construction in the face…” William Shakespeare couldn’t have been more apt.

GLAD TIDINGS…TIMI ALAIBE CHANCES ON GOOD TIME
Life is transient; just as change is constant. No one lives forever. More than anybody at this point in time, the former managing director of the Niger Delta Development Commission (NDDC), Timi Alaibe, understands these aphorisms. Back in his NDDC days, he was the cock of the walk, the ruler of the roost and the major domo in the pantheon of deep pockets.

On account of his financial liquidity, he was a primus inter pares, the guy with the most expensive and flashiest fleet of cars. Add to this his choice taste in designer apparels, a good body to carry clothes off and good looks, the Bayelsa native effortlessly left many ladies gaping, gawking and going weak in the knees while men openly wished they made just his acquaintance. That was how overpowering his halo of prosperity was.

However, like the proverbial cat with nine lives, Timi Alaibe, may have bounced back on his feet. There are strong indications that the former Managing Director of the NDDC may be drafted back to function as head of the Presidential Amnesty Programme following the inability of the current NDDC executives to curb the activities of militants in the oil rich region. Timi, a perennial governorship aspirant, has been thrown off his game in recent times.

The former NDDC boss was once a major player and powerbroker in the Niger Delta region but one thing led to another and he got betrayed and tamed by the intrigues of the conflict-prone oil producing region. The news doing rounds at the moment is that, Timi will be named as the head of President Muhammadu Buhari’s amnesty initiative to end militancy in the region. 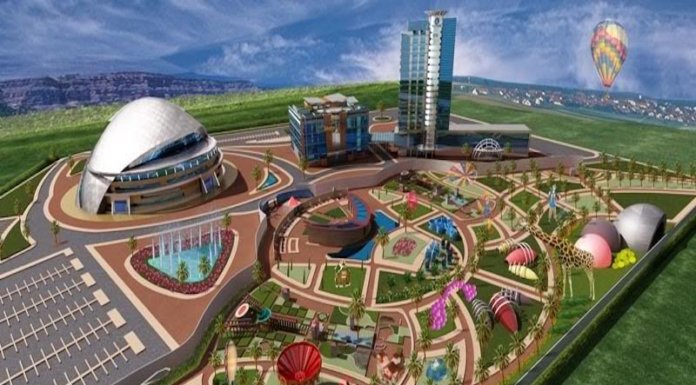