President Muhammadu Buhari has said that he is committed to applying the rule of law and to respecting human rights in the fight against corruption.

The president said in a speech he made at the Commonwealth Event titled, “Tackling Corruption Together: A Conference for Civil Society, Business and Government Leaders,” holding at Commonwealth Secretariat, Malborough House, London, United Kingdom, that he has also instructed security agencies to respect human rights while carrying out their duties.

The president said: “I am not unaware of the challenges of fighting corruption in a manner consistent with respect for human rights and the rule of law. As a country that came out of prolonged military rule only sixteen years ago, it will clearly take time to change the mentality and psychology of law enforcement officers. I am committed to applying the rule of law and to respecting human rights. I also require our security agencies to do the same.‎”

Buhari however, admitted that in a few cases what he descibed as “stringent rules” have been applied as a result of threats to national security and the likelihood that certain persons might escape from the country or seek to undermine the stability of Nigeria.

The president consequently sought the support of many countries for the prosecution of certain individuals residing in their jurisdictions.

He said: “Of course, we will provide the necessary legal documents and whatever mutual assistance is required to secure conviction of such individuals, as well as facilitate the repatriation of our stolen assets.”

Buhari said he had since discovered that repatriation of corrupt proceeds was very tedious, time consuming, costly and entails more than just the signing of bilateral or multilateral agreements.

He said: “This should not be the case as there are provisions in the appropriate United Nations Convention that require countries to return assets to countries from where it is proven that they were illegitimately acquired.”

“Our sad national experience had been that domestic perpetrators of corrupt practices do often work hand-in-hand with international criminal cartels,” he added.

According to him, stolen public funds are often transferred abroad into secret accounts.

He therefore called for the establishment of an international anti-corruption infrastructure that will monitor, trace and facilitate the return of such assets to their countries of origin.

He said: “It is important to stress that the repatriation of identified stolen funds should be done without delay or preconditions.”

Buhari also told the gathering that apart from looting of public funds, Nigeria was also confronted with illegal activities in the oil sector.

He said: “That this industry has been enmeshed in corruption with the participation of the staff of some of the oil companies is well established. Their participation enabled oil theft to take place on a massive scale.”

He cited a report released by Chatham House, in London, in 2013, titled “Nigeria’s Criminal Crude: International Options to Combat the Export of Stolen Oil.”

According to him, the important findings of the Chatham House document are illuminating and troubling.

Part of the Report concluded that:

a) Nigerian crude oil is being stolen on an industrial scale and exported, with the proceeds laundered through world financial centres by transnational organized criminals.

b) Oil theft is a species of organized crime that is almost totally off the international community’s radar, as Nigeria’s trade and diplomatic partners have taken no real action.

c) Nigeria could not stop the trade single-handedly, and there is limited value in countries going it alone.

Buhari then said that the menace of oil theft, put at over 150,000 barrels per day, was a criminal enterprise involving internal and external perpetrators.

He said: “Illicit oil cargoes and their proceeds move across international borders. Opaque and murky as these illegal transactions may be, they are certainly traceable and can be acted upon, if all governments show the required political will.

“This will has been the missing link in the international efforts hitherto.

“Now in London, we can turn a new page by creating a multi-state and multi-stakeholder partnership to address this menace.”

Buhari also called on the international community to designate oil theft as an international crime similar to the trade in “blood diamonds”, saying it constituted an imminent and credible threat to the economy and stability of oil-producing countries like Nigeria.

He called for an agreement on a rules-based architecture to combat corruption in all its forms and manifestations.

‎He said governments must demonstrate unquestionable political will and commitment to the fight against corruption.

He said: “The private sector must come clean and be transparent, and civil society, while keeping a watch on all stakeholders, must act and report with a sense of responsibility and objectivity.”

editor - September 22, 2020 2:39 am
2
BY REUBEN ABATI The pundits who had predicted the outcome and the nature of the Gubernatorial election in Edo State got it all wrong. The... 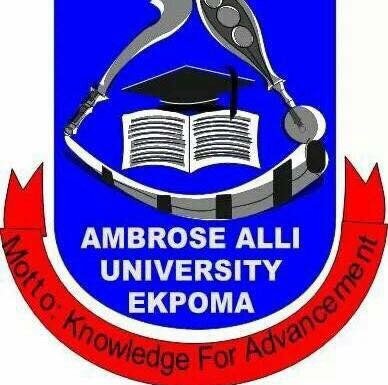 Buhari: Nigeria Will Mobilise NYSC Members for Implementation of SDGs